Conference on creativity with drone of filmmaking masterclass with drone.

As part of the 2015 edition of Digifest Festival in Toronto, on the theme “Privacy, money, pleasure: learn how technology is changing everyday life”, I gave a conference about image issues and audiovisual creativity with drone and a masterclass for creating a collective film with drone.

Conference: “Drone as a creative tool for movie making”

I developed my assumptions around the image taken with drone, namely two main issues to my mind :

I have illustrated the development of these assumptions by the screening of a large number of excerpts from my films shot with drone (which you can find on this site). Because these concepts are to me experimental subjects. My job is to create art to question the changes of representations due in particular to new technical tools and their uses, and intervene concretely.

Masterclass: “Making a movie with a drone”

The masterclass was in half a day with a group of about twenty people, to put into action the thought developed the day before during the conference.

The steps of work :

The resulting film is visible here.

You can also view an interview that was made by the Consulate General of France team in Toronto, where I summarize the conference and masterclass.

At the end of the masterclass, each participant received a little drone !

With the support of the Consulate General of France in Toronto (Selma Toprak, cultural attaché).

Presentation of the festival

Hosted at the innovative Corus Quay building taking place on May 7 – 9th, 2015

Digifest 2015 will explore the themes of “Privacy, Money and Pleasure” in the 21st century showcasing the most innovative trends driving change today through Keynote Sessions, Panel discussions, Workshops and our Pleasure Room exhibition. From architects to app designers, creators and entrepreneurs take centre stage to share their stories and showcase the digital and technological discoveries that will re-shape some of today’s pressing urban challenges. The festival fosters connections by bringing together industry, academics and the public, and inspires us to think about how digital tools and technology will shape our lives and our future. 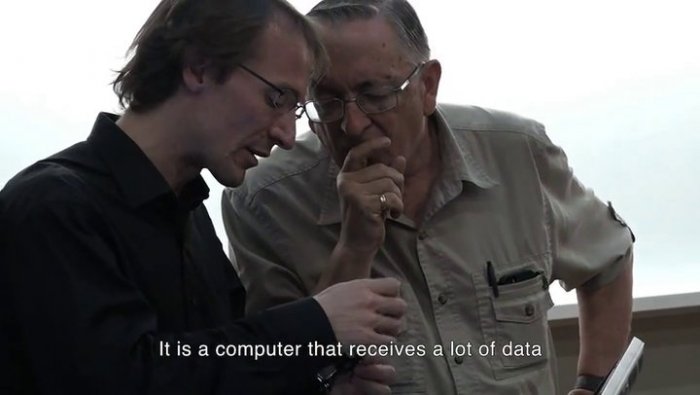 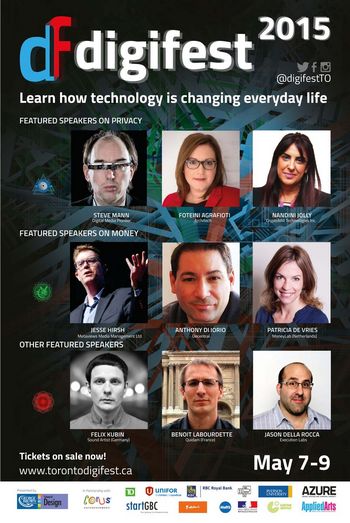