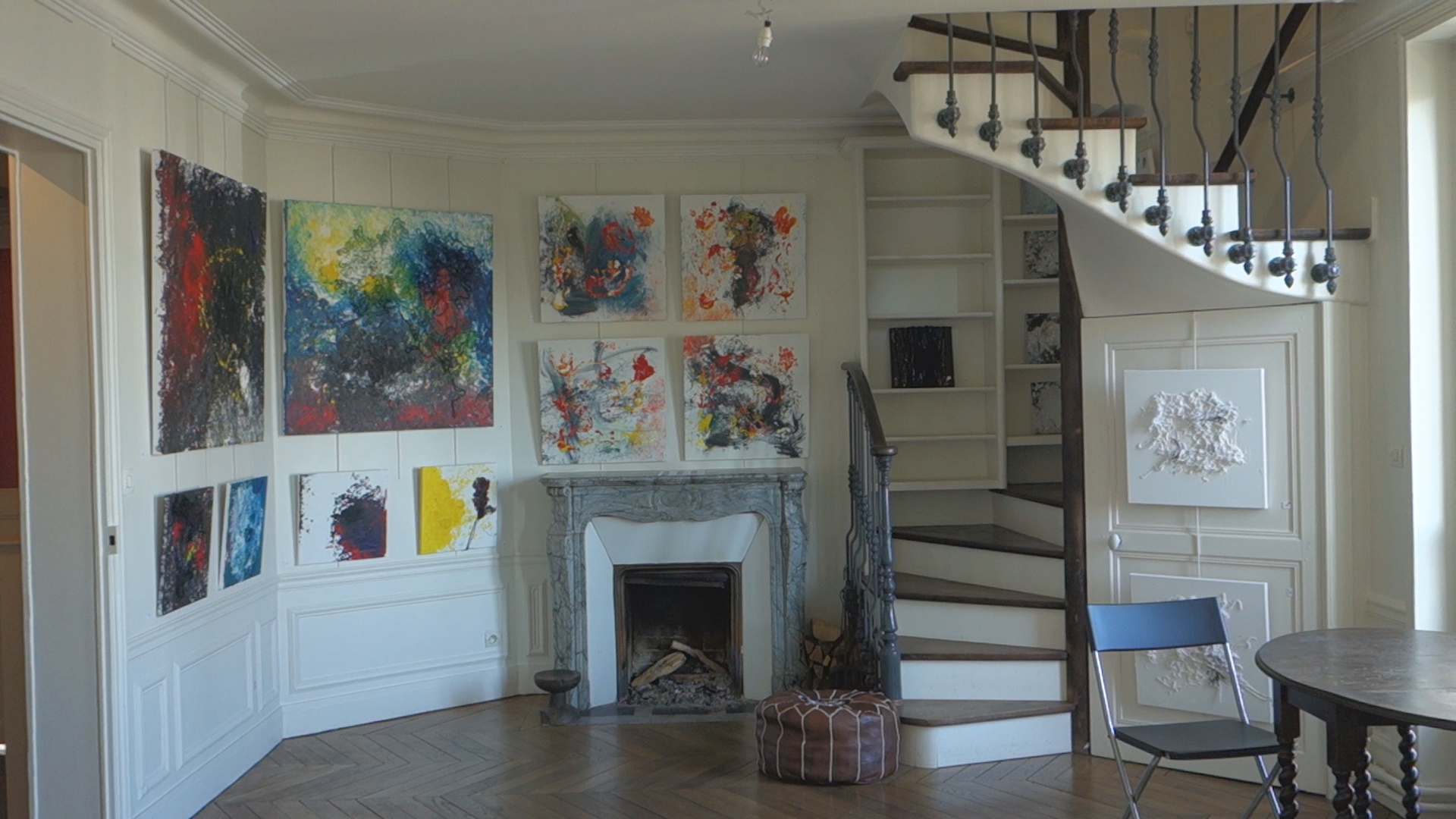 Documentary on the painting exhibition “The wire” by Benoît Labourdette, Paris, October 2016.

Initially, I had a film project : work inside the duration of moving images to record a memory of a gone past. But the making of this film did not occured. Then the objects and materials collected for this purpose suddenly moved to the canvas to leave their mark and then disappear. I decided to become aware of this, let it happen. Bribe after bribe, over several months, choreographic protocols, like so many little shooting sets, have left their traces on squares stretched canvas (I’ve been using the square format for a number of previous films). One day, it was over. Out of curiosity I counted the number of paintings : precisely one hundred. The title of this series of paintings was imposed itself : “The wire”, for symbolic reasons and also for the fact that the only materials used were wood, paint and wire. And then... I just understood that “FIL” (“Wire”), is “FILM” without the “M” (in french, the letter “M” sounds like “aime” - love). “FIL-M”.

This documentary film is a simple project for keeping a memory of this exhibition and of these paintings, because they now travel to other houses. The text that Jean-Marie Baldner had done me friendship to compose for the exhibition is red on the pictures by Leïla Barreau, Martine Stora, Carole Contant, Valentine Cohen and myself.

Text about the exhibition, by Jean-Marie Baldner

A cupboard in a house in the previous memories or a Parisian apartment. Inside, a few objects, personal importance, pieces of wood, coils of wire, balls of wool, old rags, sticks of incense, a few tubes of acrylic... This involved bulking is born the desire to trace, an entry stopped, laid flat, a photograph of stop, one before and one after where persists that the sign ; the desire of a gesture where each object would be the producer and the product of its colorful trace, his disappearance. A forest of paintings, crisp one hundred squares, different formats, as in groves, where the materiality of the framework of wood and the cotton canvas form imprint, presence to guess and imagine, expects of other prints enhanced threads, fabrics, wood. Making objects and media material and ephemeral tool, the result of the matrix, a memory and a history of wire and tree.