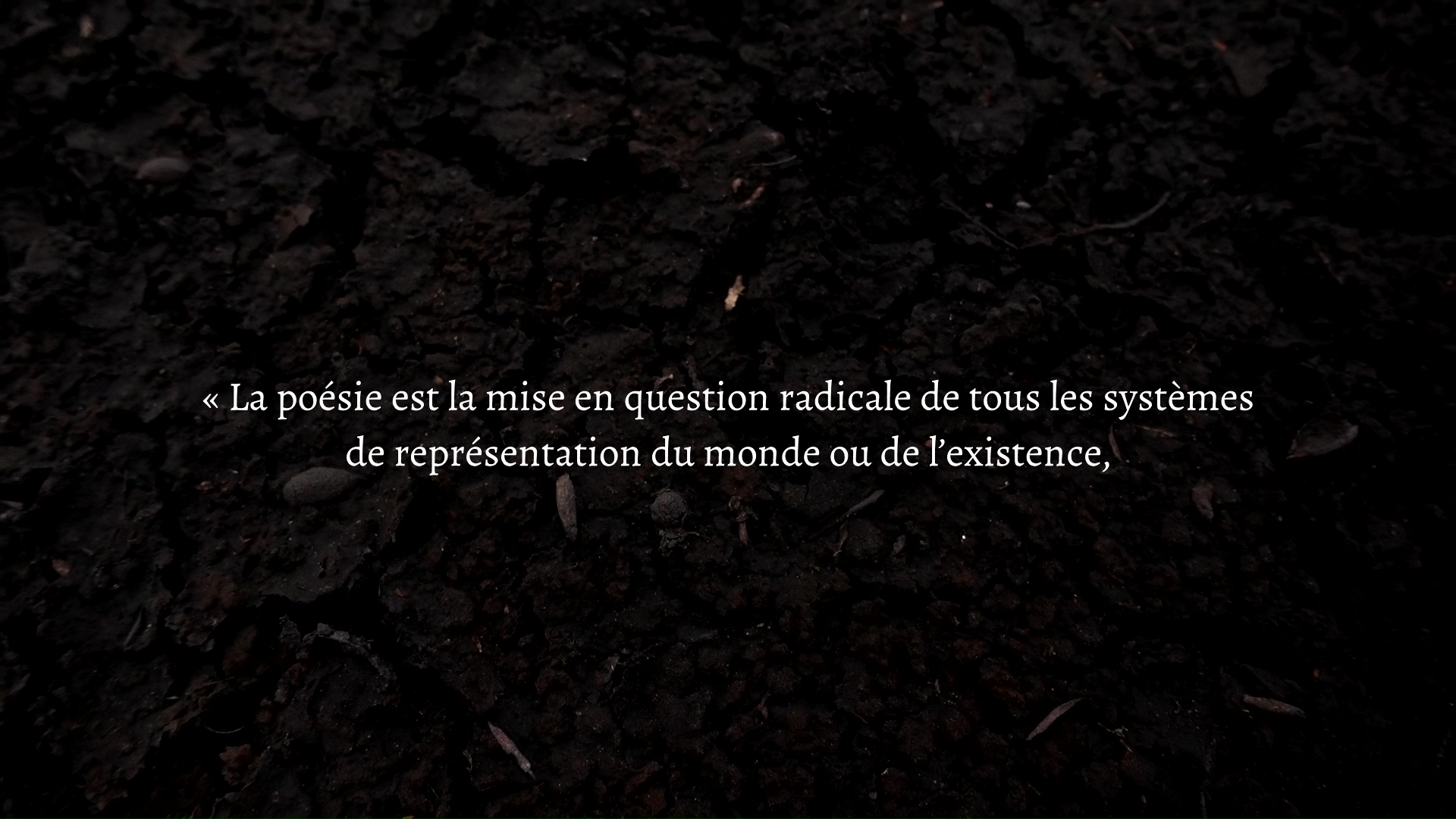 To the question “What is poetry?”, the poet Yves Bonnefoy gives an answer that concerns the essential, in terms of philosophy.

Text of the film

This film features an excerpt from an interview with Yves Bonnefoy (1923-2016) conducted by Auxilio Alcantar in 2013:

What is poetry, at its deepest level?

“The radical questioning of all systems of representation of the world or of existence, because as systems, precisely, these thoughts are closed on networks of concepts, whereas these are abstractions that substitute simple schemas for really existing beings, and thus lose sight of what is essential: namely, that each of us will only live for a time and only live once. It is in this field of our lives, under the sign of this essential finiteness, that we have to understand life and try to give it meaning, and thought by concept, however useful it may be to arrange our place on earth, must therefore be recognized as dangerous, what poetry knows how to see, and undertakes to teach. Through rhythms that restore to words the powers of which deprive them of their reduction to the sole conceptual meaning, it frees the word from this situation of exile, it allows us to be in the world, or at least to know that we are not really there, lucidity that is already beneficial.”

Yves Bonnefoy (1923-2016), writer, essayist, researcher, historian and art critic, translator (Shakespeare, Yeats, Petrarch...), professor (Collège de France) and even filmmaker, is considered as one of the major French poets of the second half of the 20th Century. Yves Bonnefoy, this is the dialogue between art forms, the mysteries of words and myths, the unfathomable nature of the world, the constant questioning of dogmas, a deeply sensitive and philosophical poetry.