Show of the video installation « In excelsis » (Jean-Philippe Poirée-Ville, Maëlla-Mickaëlle Maréchal, Benoît Labourdette) in the “Engaged Documentary Festival” - Bretenoux and Teyssieu (Lot - France). At the initiative of Carole Contant, September 25, 2016.

The four images were disseminated outdoors, two images on a large wall and the other two images one on a large bush (so that the image also existed inside the plant) and The other on a green wall. The whole proposing a form of route in the night: first the bush, seen from the side, which seemed to be illuminated from the inside, then the vegetalized wall, next to which we passed, and on which we discovered in a second time A projection took place there, and finally the great wall with two more “monumental” projections, opposite the vision on the surface of the bush. 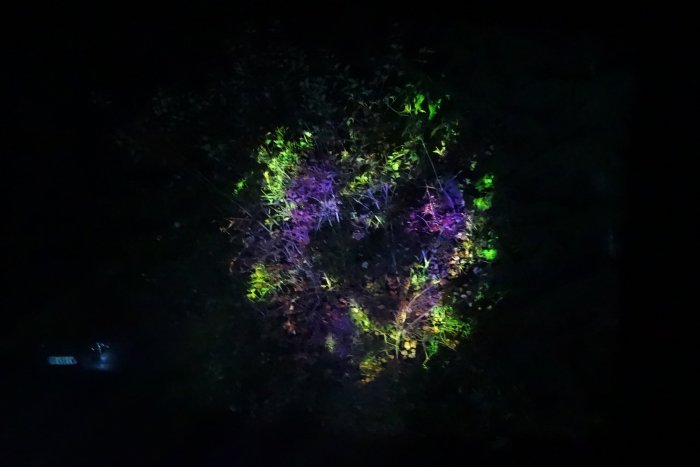 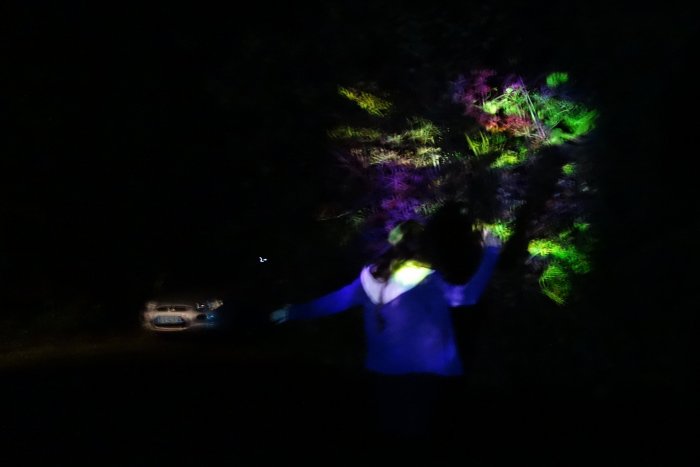 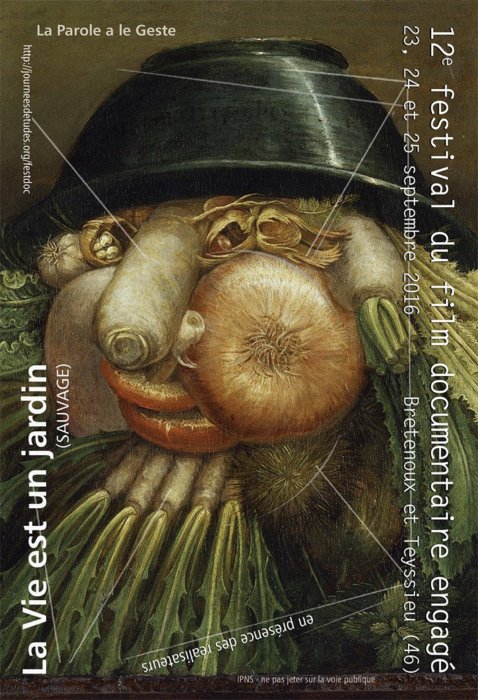 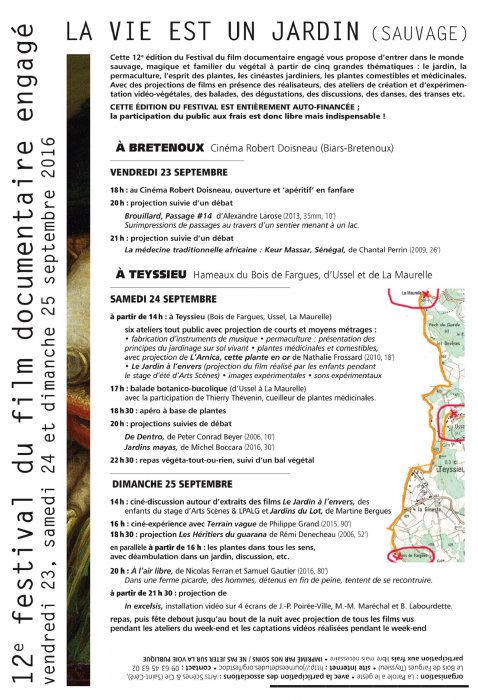