Mind mapping to build a script

One of the first difficulties of writing the script is the macroscopic structure, ie the general sense of the narrative.

There are, of course, the famous “three-act structure,” dear to Syd Field (see his famous book Screenplay), which aims to keep every story into a universal framework, but this approach does not work after the script was written. Before writing, while writing, if you start to lock his desire and creativity in a logical straitjacket, we will not go far. In the writing process, we must move forward, find, clear, search, and it is in this complexity there, the complexity of life, things that make sense to us, so are likely to have also a witness, may emerge.

Mind mapping is a technique for storing, brainstorming, rapid organization of ideas. Software is used as Mindmanager (the best, but paid), or Freemind (free, slightly less ergonomic), or Xmind (free too, quite as good as Mindmanager), and “throws” literally the main idea of the film, preferably provisionally or theme which we want to work. I take an example, old age. 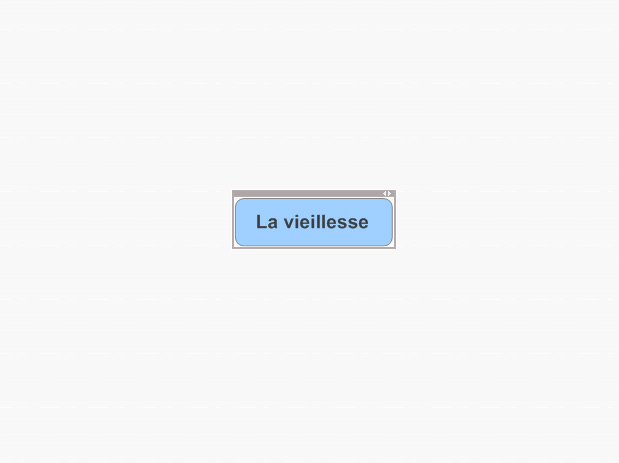 Then we “throw” the ideas that come to us, right now, by association, one after the other, around a central theme. 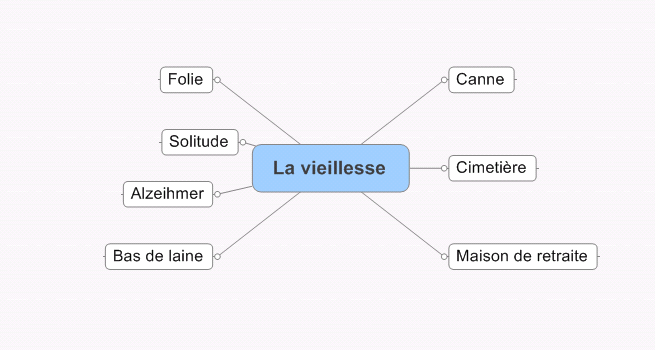 Within seconds, the ideas come. Then should the organizing, divided into groups clearer.

This could be a structure for writing a newspaper article about old age, but we have a film project. So, begin to divide things in this direction.

We see that the mind map changes direction, which distributes the As ideas in an environment that becomes that of a film project. Are added one at a time, in bulk, as it comes, ideas, then organize them. It goes fast, ideas flow, train each other, by this vision at all. The work of writing guides and mimics the movement of thought.

It was even suggested the concepts of budget, location scouting, etc.. ie the context of constraints, which suddenly becomes this in mind, and, instead of being an obstacle becomes an adjuvant to the writing process.

We see that the technique of mind mapping is a great antidote to the blank page. By visual, the spontaneity that makes aspect is of great help to “unlock its ideas.”

This working tool can be very useful to build the overall structure of the film where the film he intended to bring the viewer and why. This is the type of question it is essential to ask all the time, so at the beginning of writing the middle or end. Work on his overall vision is really important, especially when writing in advance, we have the “nose to the grindstone” and it can happen that we get lost along the way. Collect his thoughts, making a mind map (in French: mind map) at regular intervals is a great help.

The mind map for all ?

The default mindmap occurs when starting to be a lot of information. There, it becomes difficult to handle, and can sometimes even block the vision of all because it is too much information around and get lost. This requires a mastery of computers for the folding-unfolding quickly and move it. Can cope with large mind map and benefit, but it takes a fairly long experience Mind Manager (for this Freemind really finds its limit). I do not think that the mind map is a tool that serves everything to write a script (although, technically, you could even write everything with it, which gives great ease to swap scenes, for example). By cons, at regular intervals, to get ideas and put them back, it is a valuable tool!