Writing workshop based around photographs. This project was part of the 8th international film festival Filmer le travail in the city of Poitiers and was supported by the CCAS, the works council of EDF.

The workshop took place on the 17th and 18th of February 2017 in Poitiers, on the occasion of the 8th international film festival Filmer le travail. The CCAS, the works council of EDF, is a partner of the festival and financed this workshop as well as an itinerant screening of films which were made during two workshops animated in 2016 by Benoît Labourdette for the EDF staff. These films, in which agents of the electric and gas industries express themselves on the subject of work, can be seen here.

This workshop, opened to all, proposes a work of writing around photographs. No images are created during the workshop since the photographs used were made upstream. The device is light, simple to implement and, above all, very accessible. Everyone can take part of it, whatever the time he or she has.

The image at the center of a writing workshop

The workshop was led by two supervisors, Benoît Labourdette and Guy Carassus (responsible for amateur practices at the CCAS). Their stand is located in the Espace Mendès-France, the main screening area of ​​the festival.On a table, one hundred and twenty photographs on the theme of work are made available. Passers-by are invited to choose an image and then to write a short commentary text accompanying it. Their text is then laid out next to the photo, which is then sent to them by e-mail so that they can have it and share it if they want to. These new images accompanied by text are projected on the spot, in a loop, so that passers-by can imagine what can be done and it makes them want to participate in the workshop. Over these two days, fifty-eight people contributed.

This workshop offers to anyone who comes to this place, before or after the movie, the opportunity to express themselves. If it is necessary to explain to each newcomer the principle of the workshop, participants are then autonomous and express themselves freely, whatever time they wish. The texts are not reworked in order to leave intact the personal and intimate expression that is delivered. Sometimes the same photograph is chosen several times by people who say different things about it. Participants then realize that each one does not necessarily see the same thing by looking at the same image and that each look is singular.

Implementation of the workshop

Before this workshop, photographs on the subject of work had to be found. Three sets of forty images were chosen. The first, which Eric Dexheimer carried out in the Fesseinheim nuclear power plant, had previously been commissioned by the CCAS. The two others were commissioned specifically for this project from photographers Myriam Drosne and Bénédicte Loyen, who are both customary about the subject. Besides offering the spectators of the film festival an animation about the image, this project is truly in a creative dynamic since it allowed artists to express themselves.

Then, the size and the printing medium of these photographs had to be determined.The images are drawn on paper size 13x18cm and are then numbered. In terms of technical installation, this workshop requires three computers. A first, connected to a video projector, where the slideshow of productions scrolls throughout the day; a second one to make the layout of the photos and texts on InDesign and a last one that allows to note the e-mail of the participants and to send to them their image right away. The projector has a short focal length. Although it is more expensive than another, it allows a large projection in a small space.

Before starting a workshop, it is important to think about its location. There were several possibilities in the building: in a passageway or in a quieter, darker room, more appropriate for this workshop. It is finally in the main hall that the workshop took place, as it allows better visibility and therefore more participants. It is difficult to anticipate the crowded moments of the public. The stand is located in front of a screening room, so people come there, first of all, in order to see a film. Quickly, Benoît realizes that it is not necessary to be present from morning to night, but rather before and after each session. The Espace Mendès-France is the main venue of the festival, where, apart from screenings of films, few actions take place. It is therefore important to be attentive to the flow of the public. The day before the first day of the workshop, for example, during the installation of the stand, a cinema session brought a lot of people. Faced with this affluence, the question does not arise: the workshop has to start right away. After quickly putting up the equipment, Benoît Labourdette and Guy Carassus invited the spectators to come and participate. That evening there were many contributions.

The workshop aimed at a wide audience, but EDF’s works council had the will to attract their agents. For this, they communicated in their internal network. In this sense, this type of workshop is interesting because it makes it possible to produce content that is easy to circulate to give envy and to communicate on future actions. If the workshop has worked very well, work needs to be done to reach more EDF agents next time. Disseminating these images also valorizes the work and expression of amateurs. The content that was produced during these two days of the workshop is high-quality and can be easily exploited afterwards, by spreading them more widely or by exposing them. In addition to reinvesting them, it helps to keep memory of what can be done during this type of action. 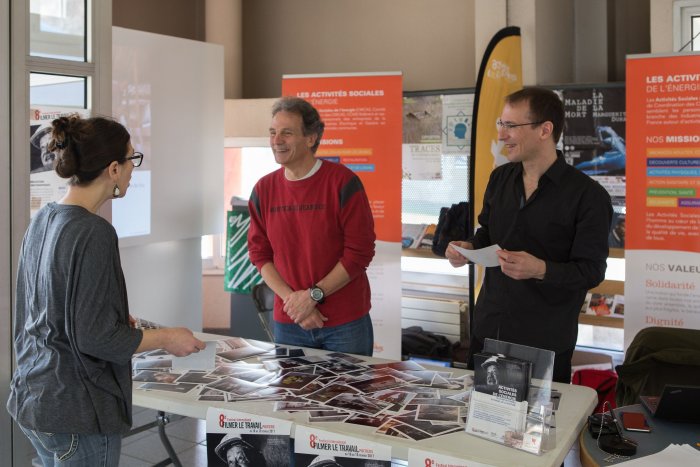 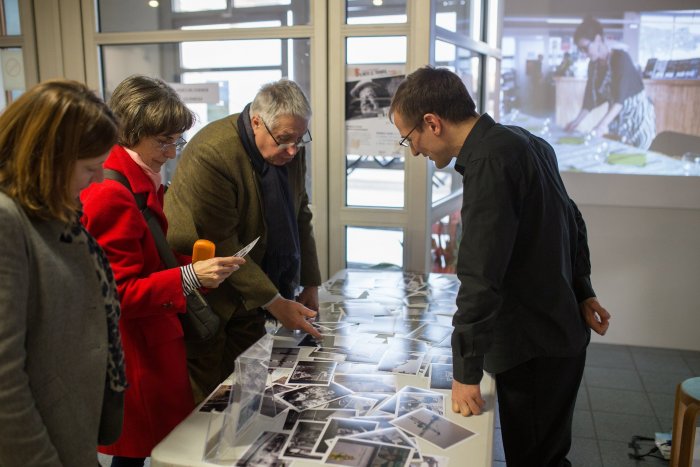 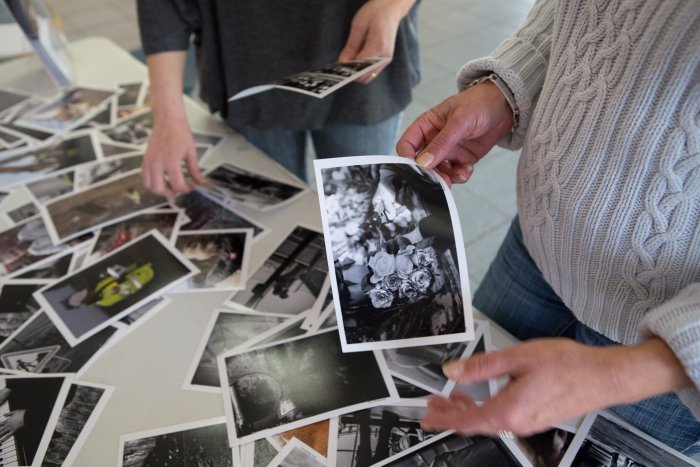 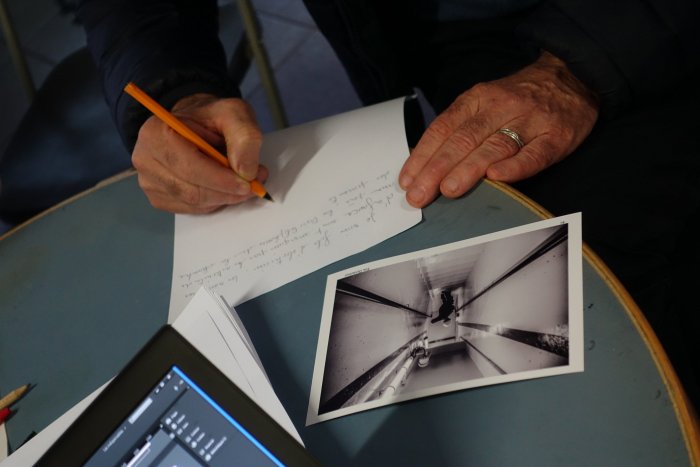 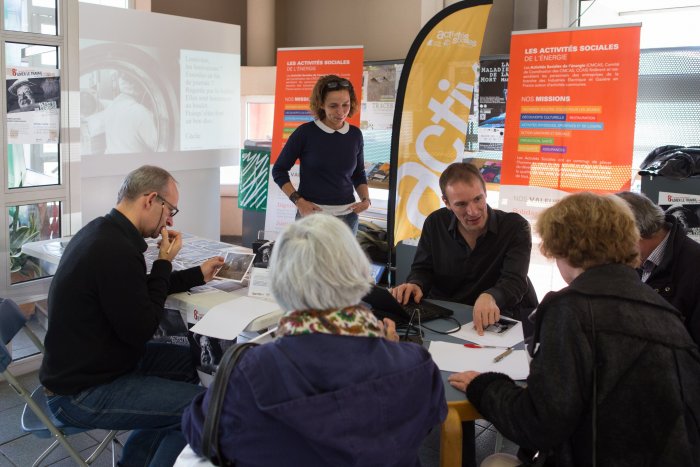 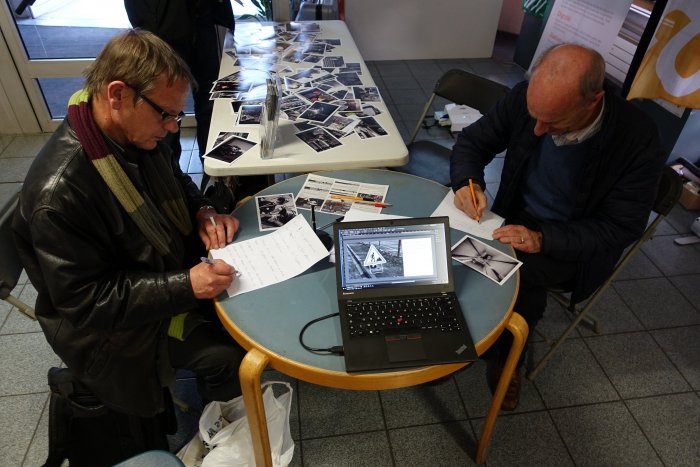 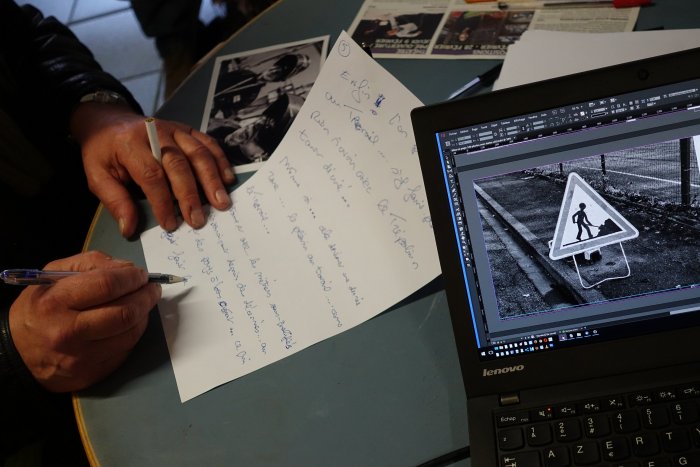 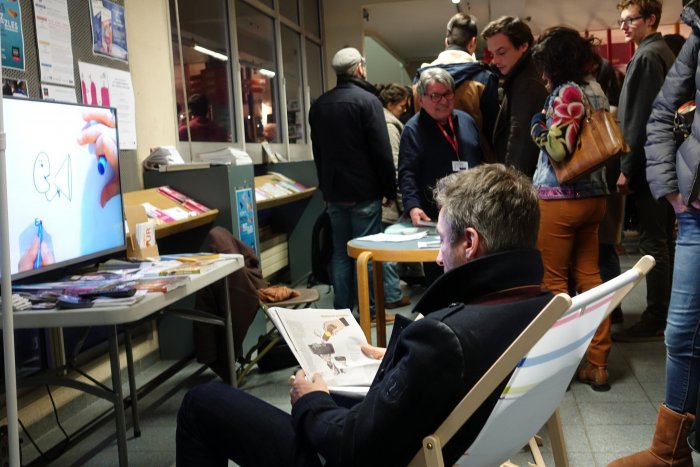 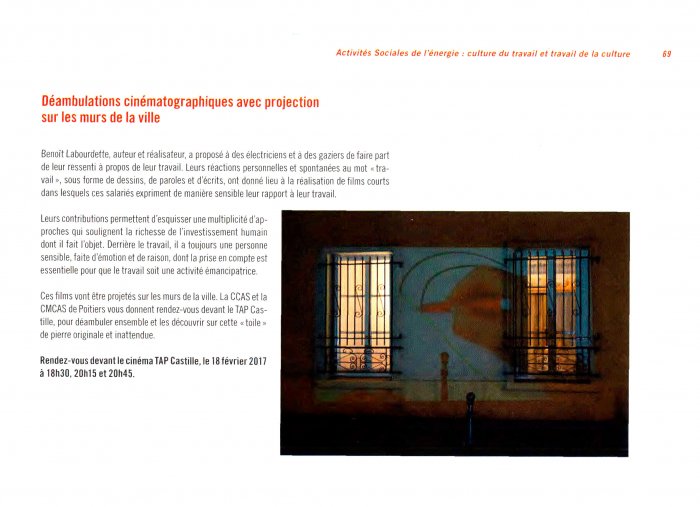