Film workshop with drone during one week for a group of teenagers, to make music clips, and more...

ECLA Aquitaine, under the “Passeurs d’images” dynamic, driven by Virgine Mespoulet, wished to propose an innovative film workshop with drone, for a group of teenagers and facilitators. In order for the films to be “useful”, to have meaning, I proposed that we work with a musician, so that young people would make a music video for him with drone, and that films can be broadcast, really, after the workshop.

The musician was Guillaume Martial. The workshop was held at the Rock of Palmer place for modern music in Cenon (near Bordeaux - France).

I chose to go through many experiences to participants, rather than making a single “well done” film. Indeed, the key in this type of workshop is not “quality” or the resulting films, but the depth of which was acquired by participants : evolution of their representations, skills acquisition, confidence per se, etc.

Several milestones were reached during this week : 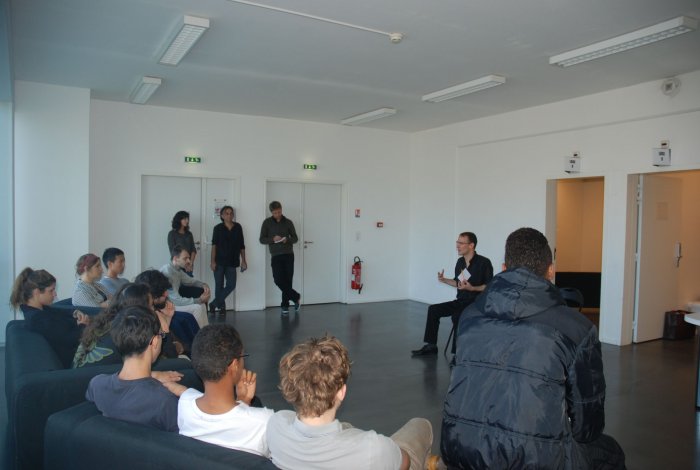 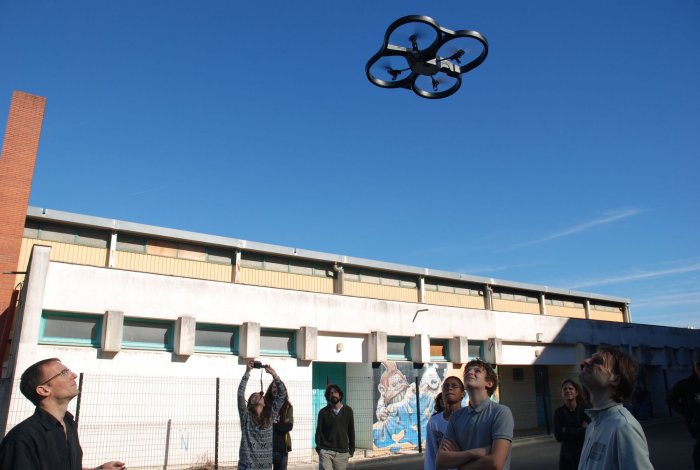 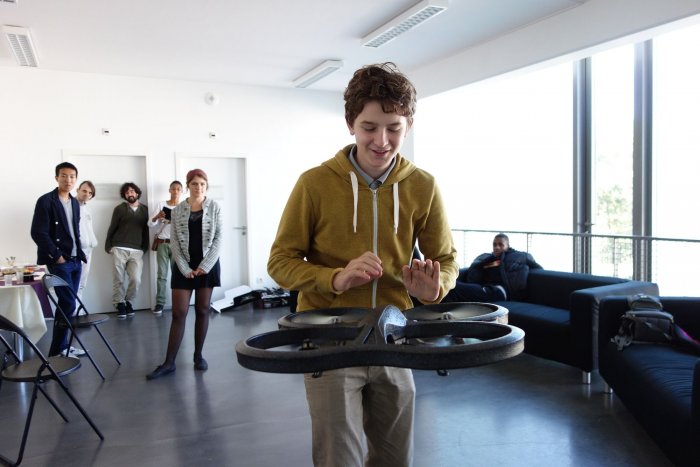 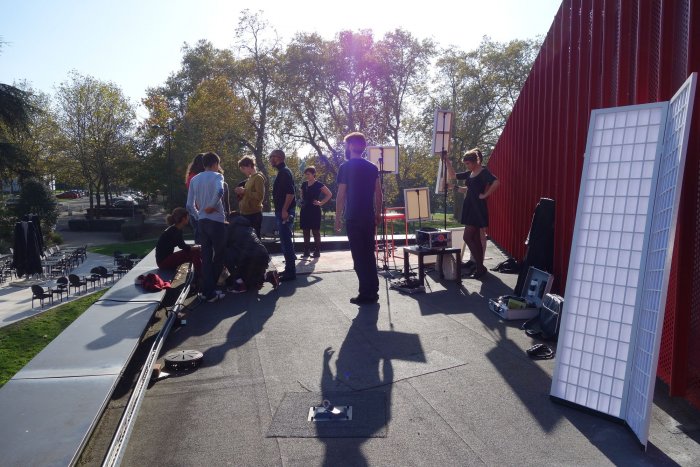 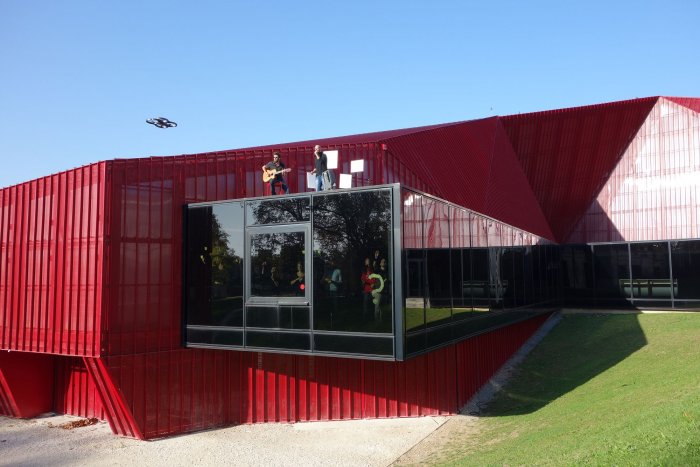 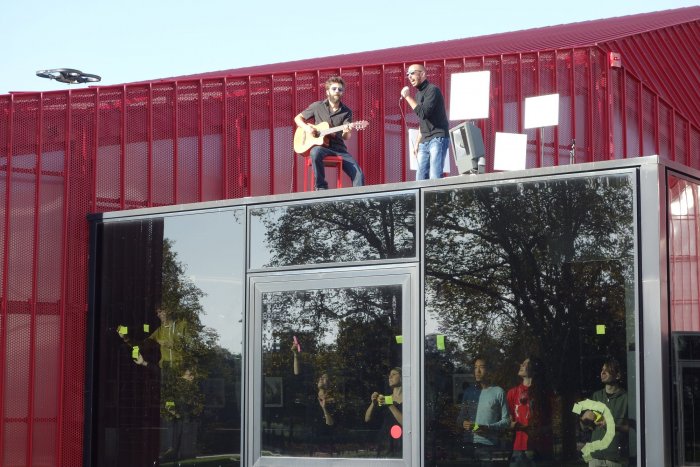 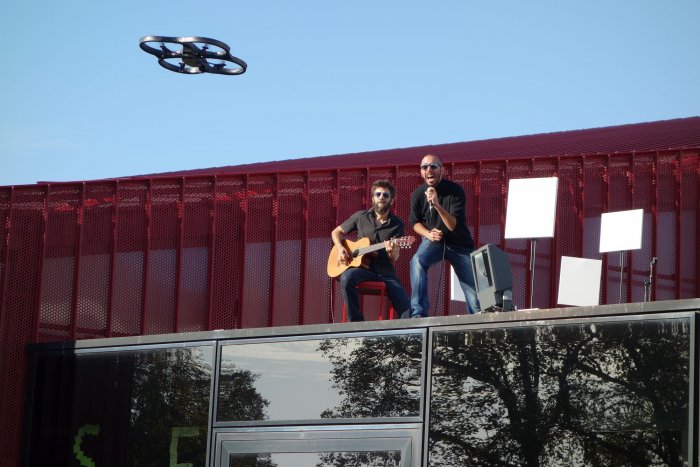 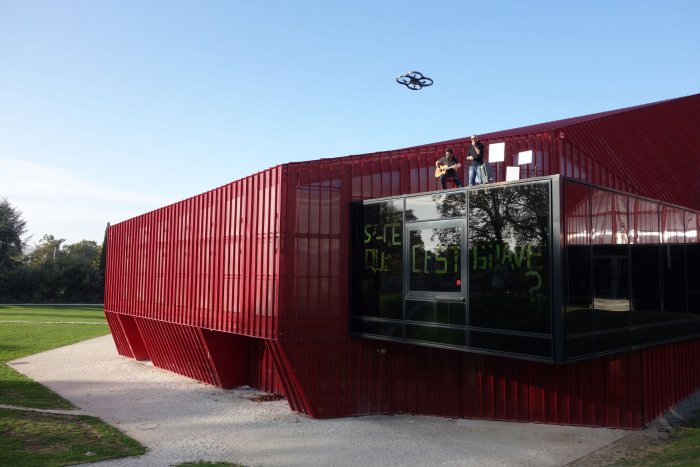 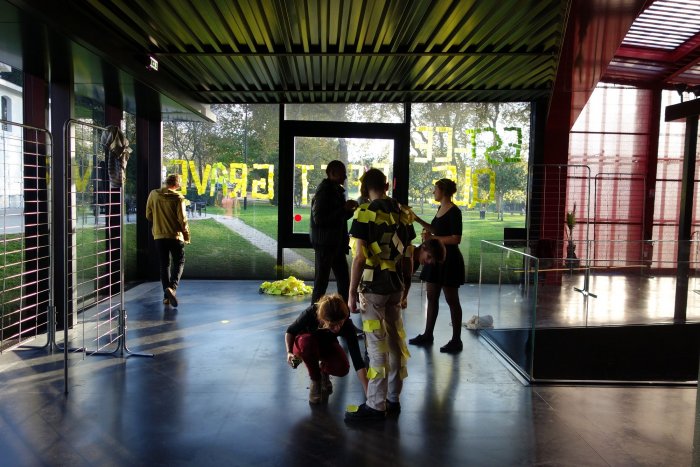 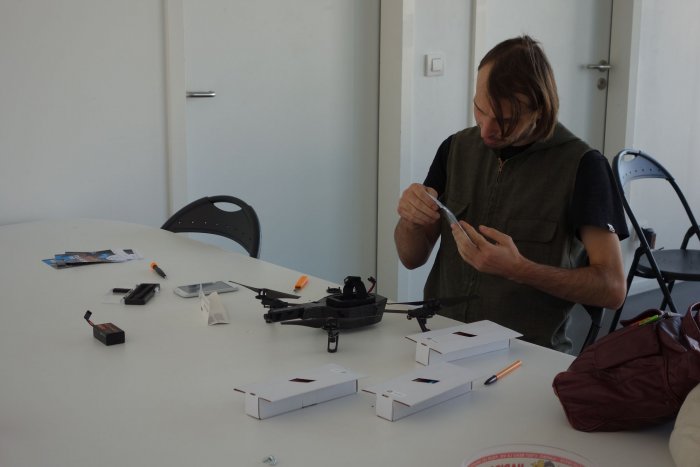