Film shootings with drone during the end of year celebration of Paul Langevin college in Mitry-Mory.

In Mitry-Mory in the Paris region (France), the Concorde cinema (led by Maëlig Cozic-Sova) initiates cultural collaborations with school structures, more thorough than the only “Collège au cinéma” system. An inaugural, original and atypical initiative, in consultation with the city’s youth department, was proposed on July 4, 2017 during the end-of-year celebration of the Collège Paul Langevin of Mitry-Mory: collective shootings of films with drone , Which I animated. The objective is to propose a playful and federative action, which also has a real dimension of education in images.

This project was organized at the last moment. So when we arrived at the college we visited the premises to imagine how the workshop would take place. We installed a video projector in the entrance hall of the college, to project in loop while the young ones arrive, the films turned to the drone. The projection of the images produced in the workshop that is taking place in the place of passage is a way of making the workshop affect everyone, even those who do not invest in it.

The drone-camera, playful and reflective tool

From the cinema workshop as a choreographic act

In a certain way, this workshop was more of a participatory choreography, using a flying shooting tool, than a classical production workshop. This allowed for its very playful dimension, a very important body investment, and therefore a visibility towards the less invested students, without compromising on the importance of the education issues to the images mobilized. Thus, the fact that there is a small “motor” group is a good way to impel a communicative energy.

Towards the end of the workshop, the drone, which crashes a lot, has completely broken down. I told myself that the workshop was finished, and that I will repair it later (it is often necessary to buy spare parts). But one of the participants managed to convince me to try to repair it at the time. We managed to fix it, so the workshop was able to continue, and I also piloted the drone myself to shoot very high shots that the young people had not dared to do. Their energy and creativity also fueled mine, for I had left them that place, that responsibility. 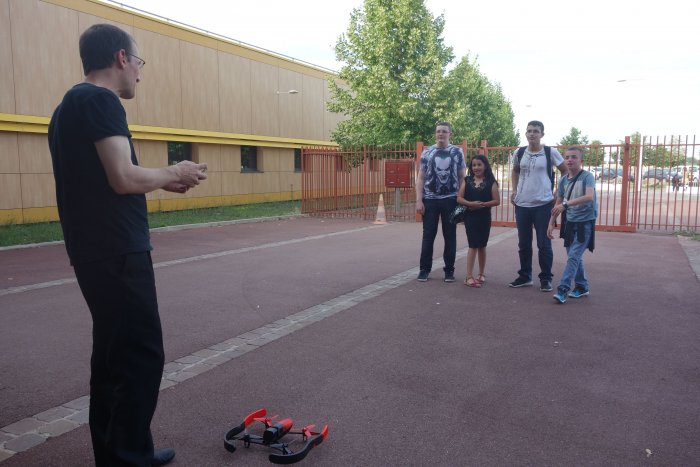 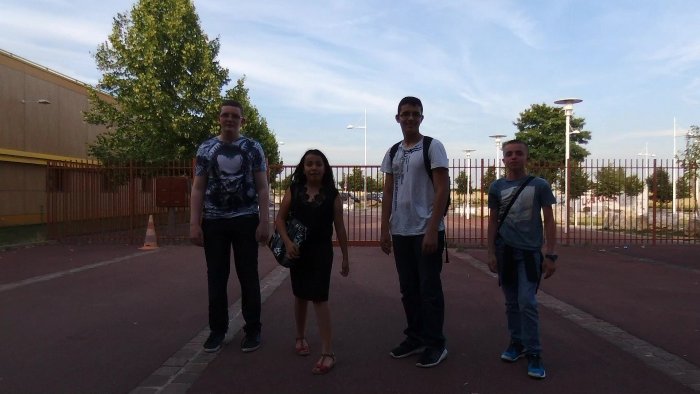 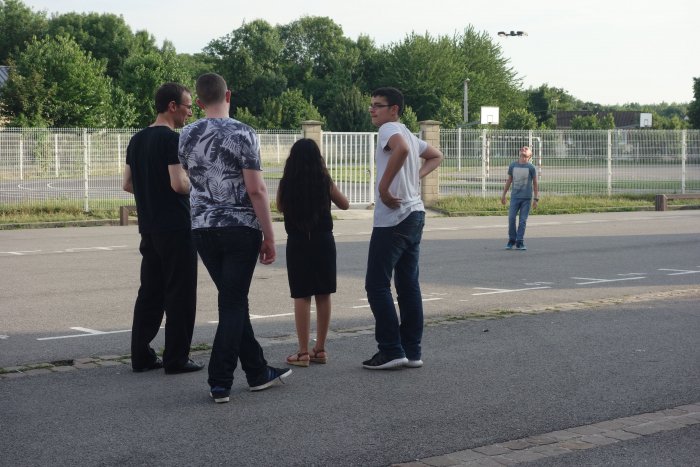 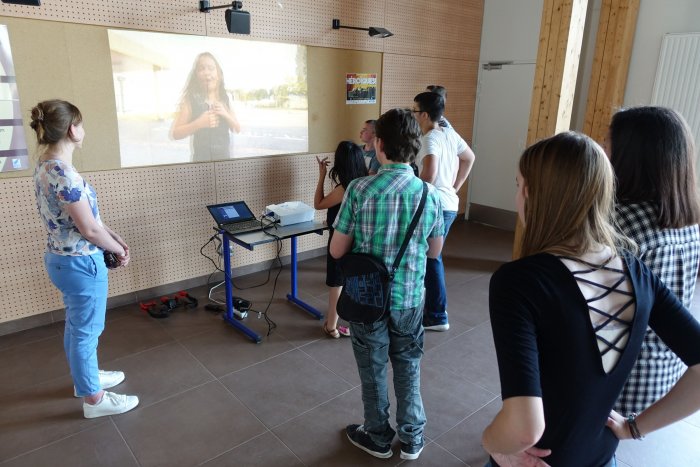 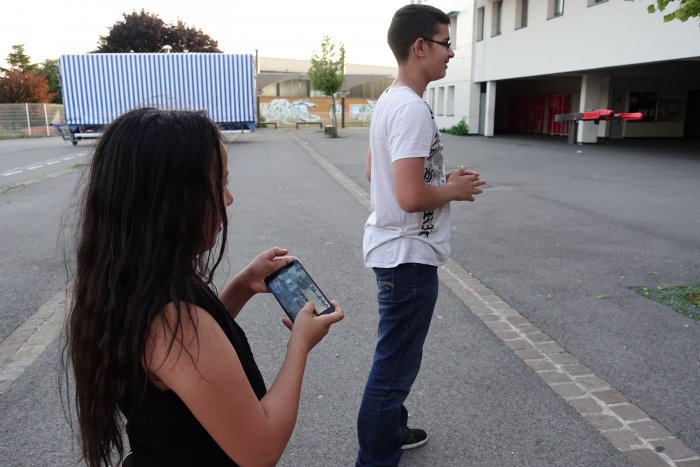 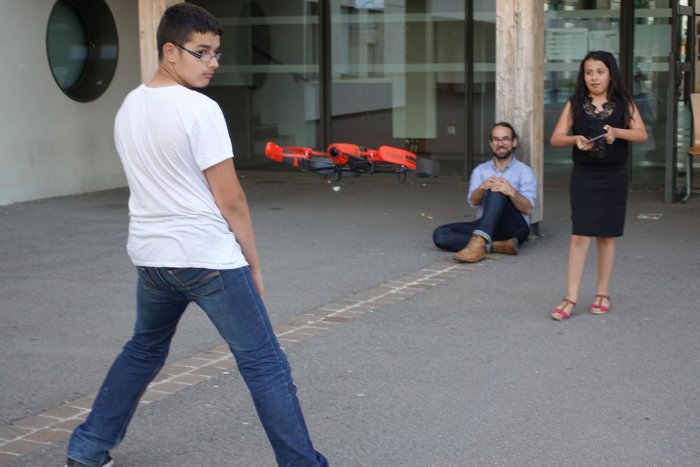 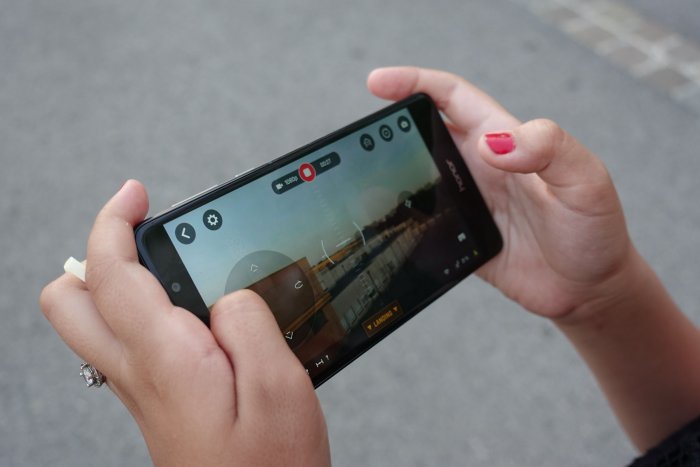 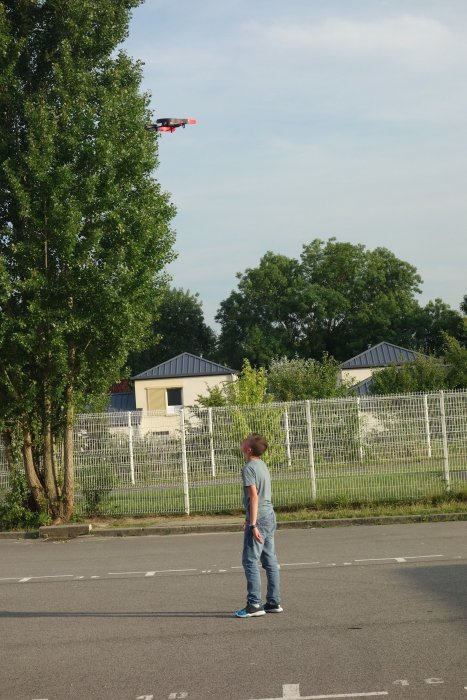 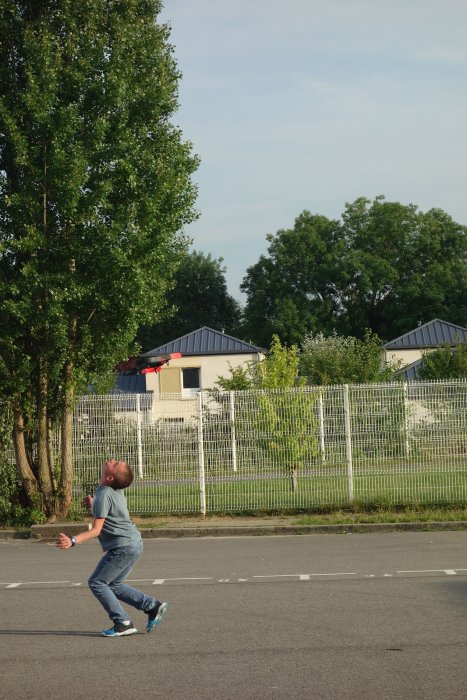 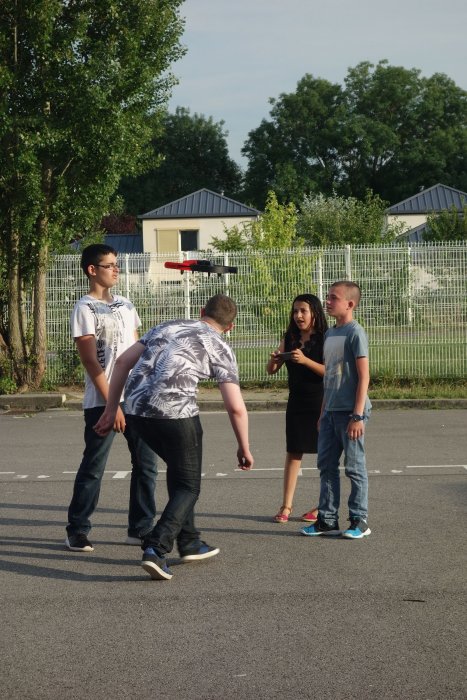 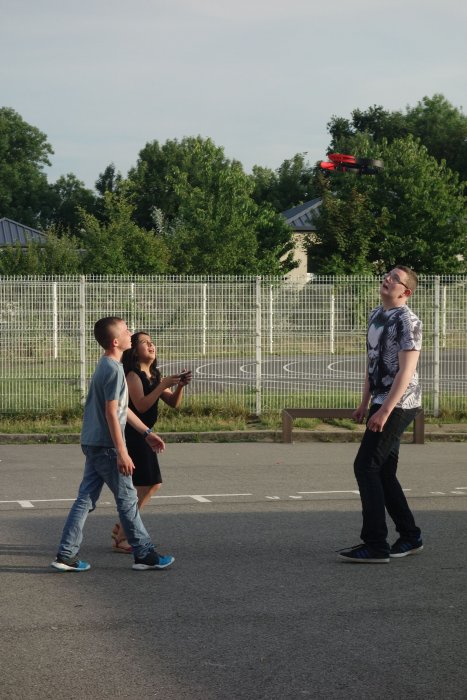 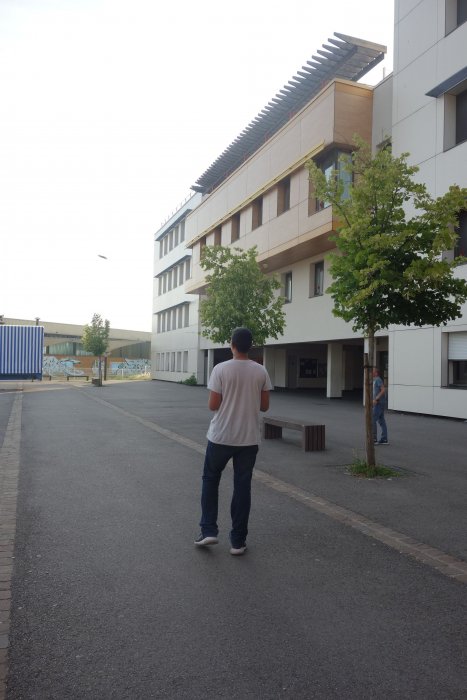 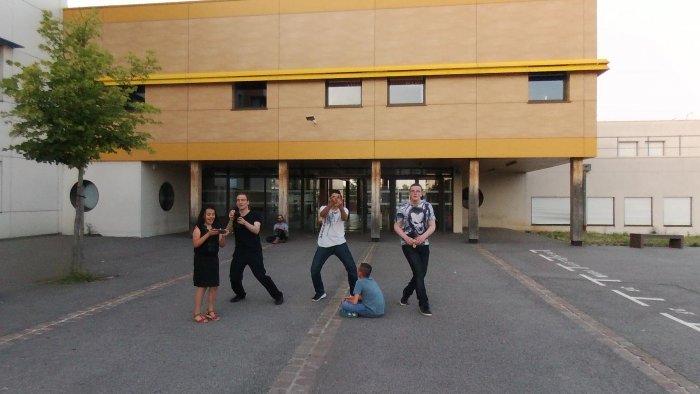 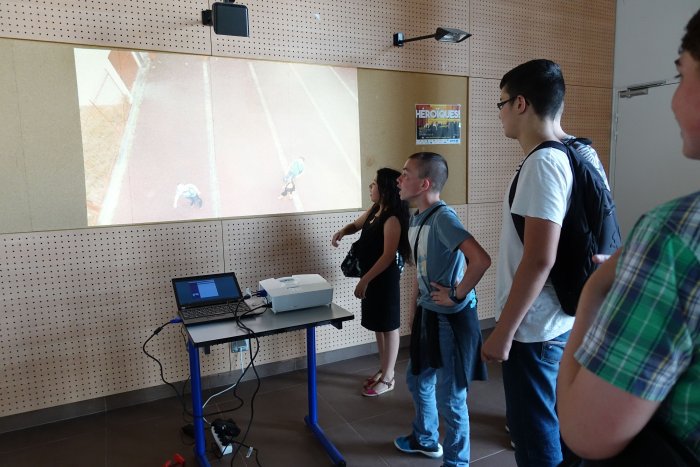 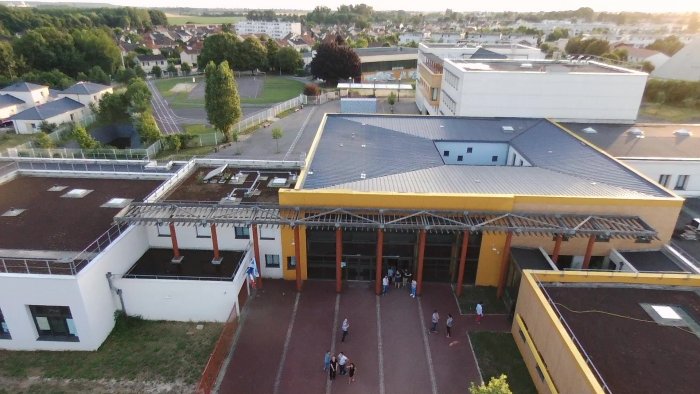 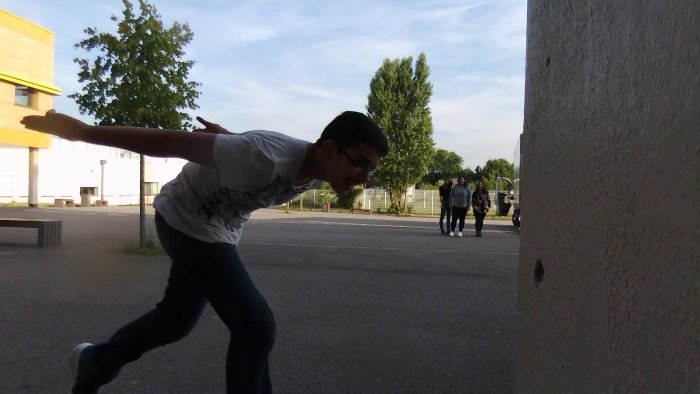 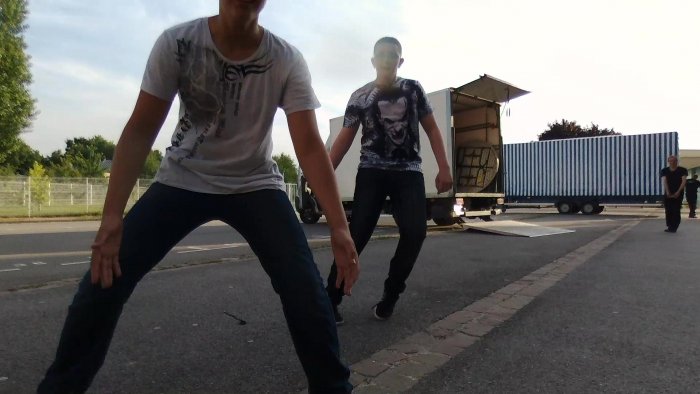 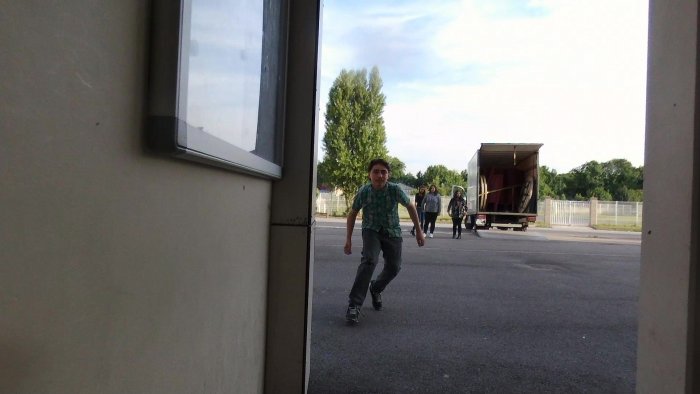 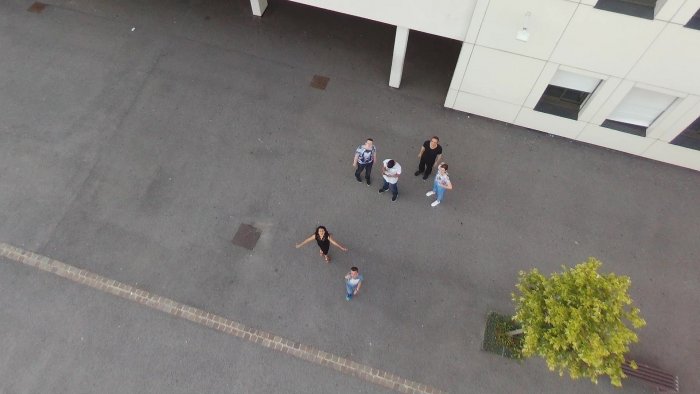 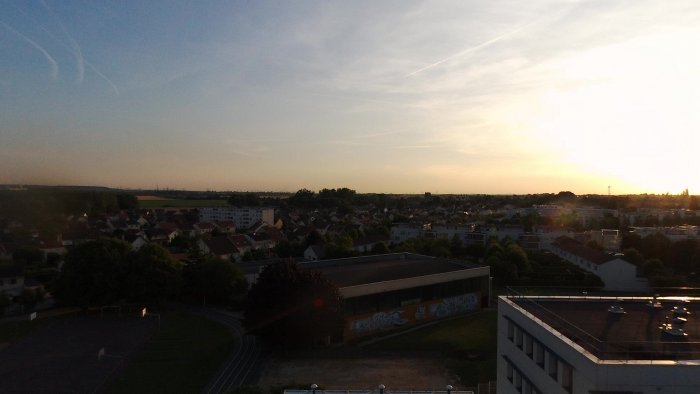 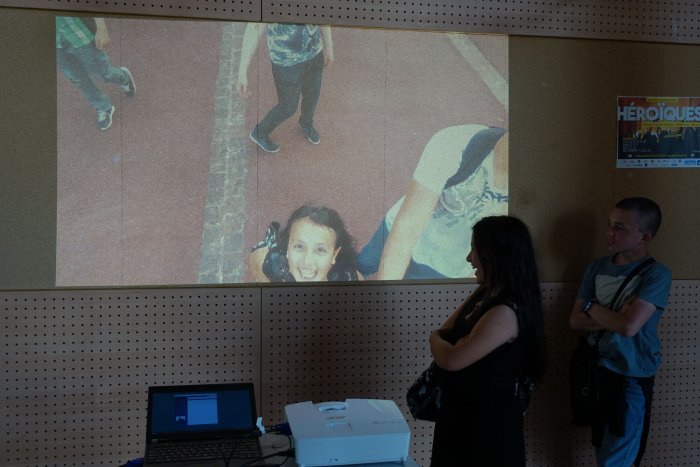 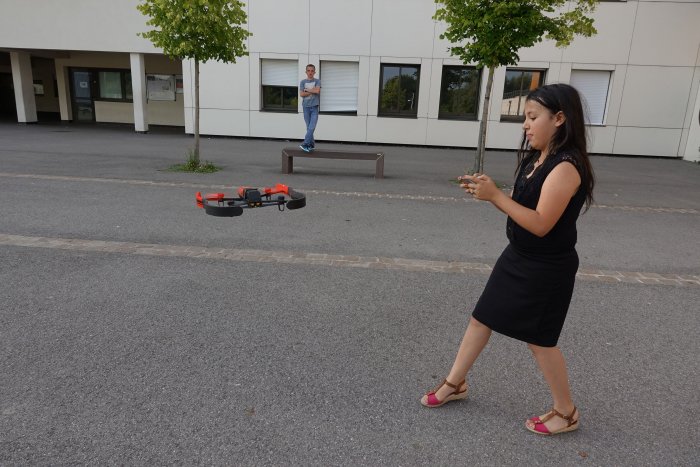 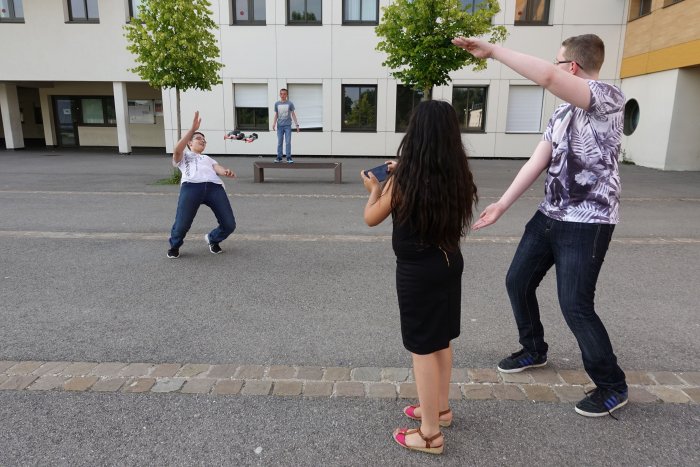 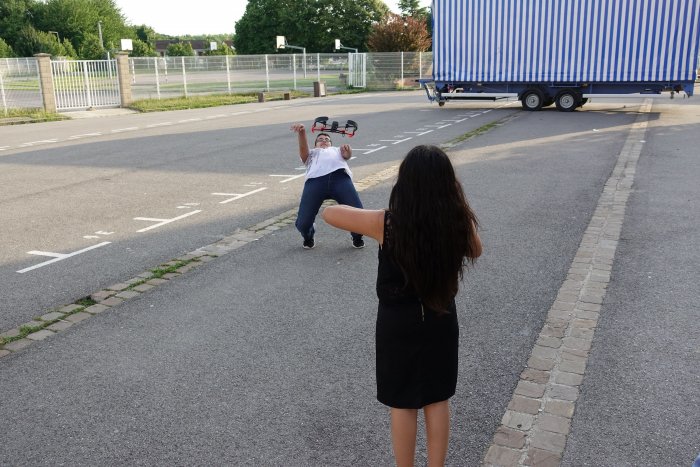 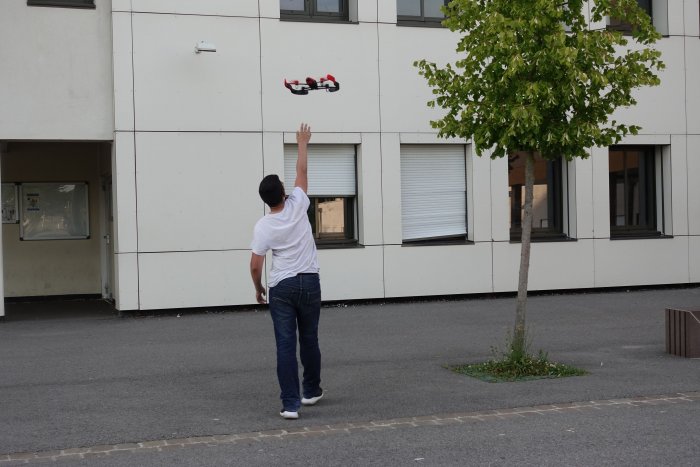 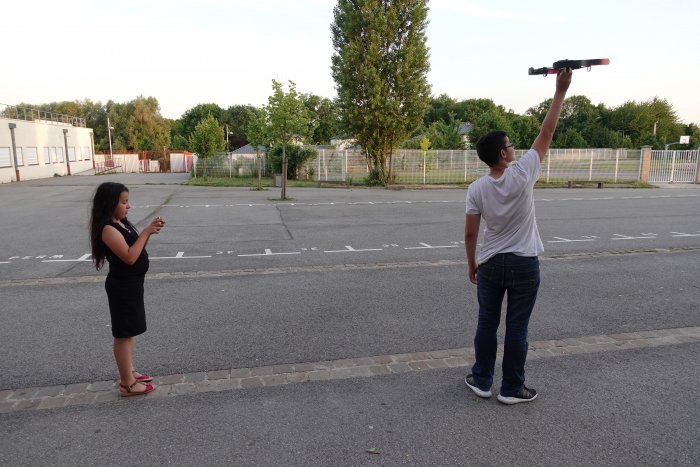 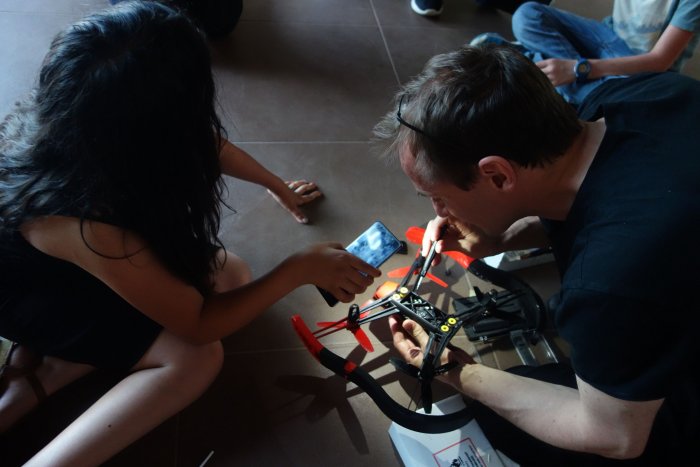 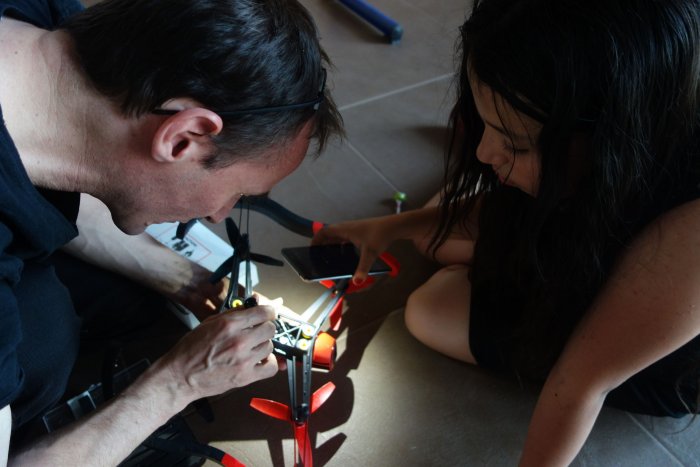 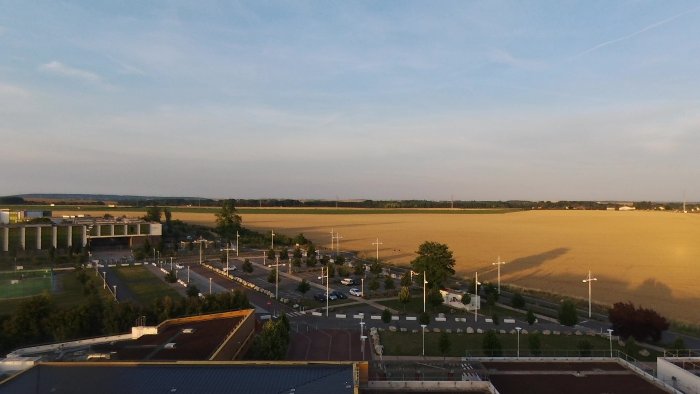