Filmmaking workshop with mobile phone for teenagers in a library.

On the occasion of its fifth anniversary, the Library Nelson Mandela in Angers wanted to offer a workshop on the theme “The Library and You”to make films with mobile phones for teenagers. The aim of these films is to be shown on the library’s website and potentially looped on a screen. One day workshop on Saturday, November 25,2017. Claire Isnardon, librarian, set up this project.

Three teenagers are there for the workshop. It may seem disappointing that there is no more mobilization. But, few participants that allows a more attentive work, and perhaps to make films more in-depth, so to be in a more “qualitative”approach.

To situate the ambition of the project, I start by talking with the participants about what the films bring to us. 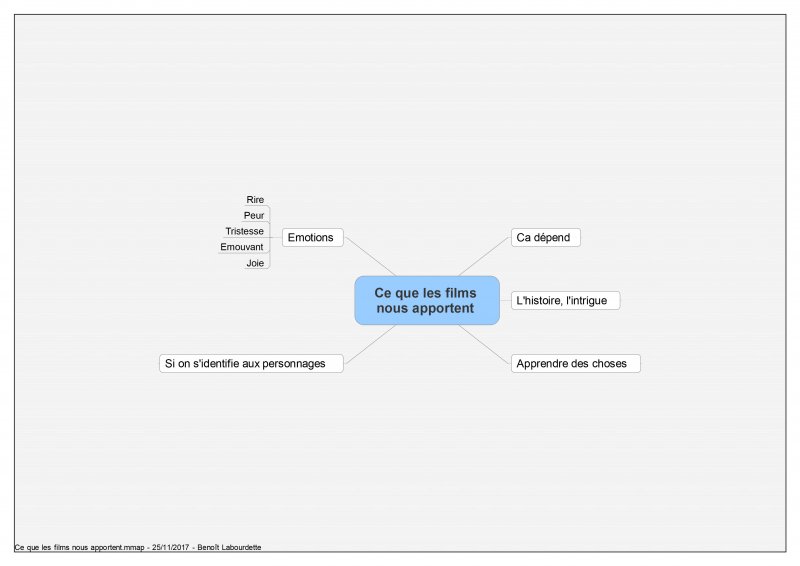 And then I ask them to propose ideas of staging techniques to bring things to the spectators. 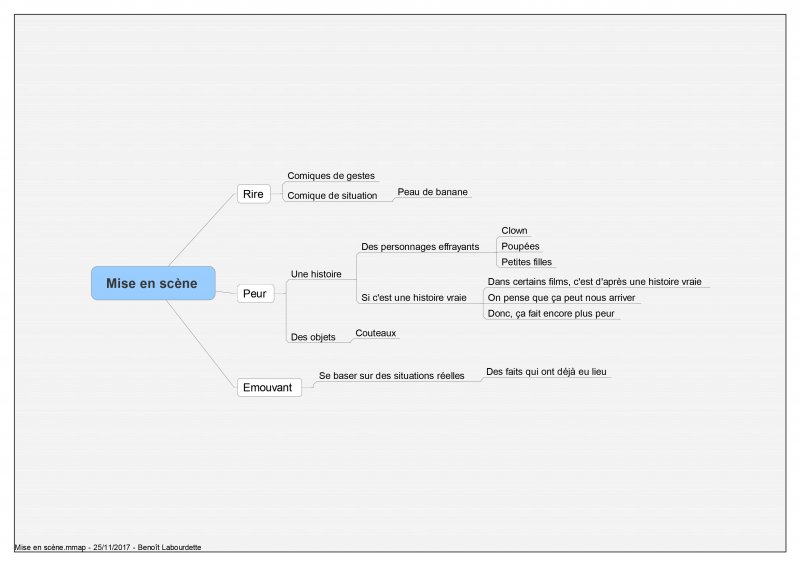 We have thus made it clear that it is not a question of making “private films”, but of “real films”, destined to be seen by unfamiliar spectators, to enrich them with something.

Often, I start by having the participants make a collective film, in order to form the group. But now the band is so small that I don’t think it’s necessary. I propose to each of you to make a film individually, in a sequence map, a film in which an object of the library speaks. I include myself in the project, in order to risk myself, too, in the exercise and so that there is a real creative emulation. A proposal in the morning, and another proposal in the early afternoon. This produces seven films, which you can discover here. They’re very involved, the films are rich.

In the second part of the afternoon, I had planned to propose to the three participants to make a collective film in plan sequence, an adventure in the library, with them as actors, characters whose thoughts are heard. But they have another idea they’re offering me. Of course I accept their proposal, making it workable, because that means that they have taken full ownership of the project.

Their proposal is to do short sketches on offbeat attitudes in the library. We’re gonna have to do some editing. So I suggest to them that we work in parallel, they do the shooting of which they bring me the rushes as they go along, and I set up the shots. They want headings. We decide on the font.

The work is therefore done at “just-in-time”. As they bring their rushes, they validate the assembly. At the end, there are only 15 minutes left before the projection to the parents and the library managers, I invite them to make the music for the film themselves (on the credits and the intertitles). One of them makes piano, I took with me a small “master keyboard” connected to synthesizers in my laptop (it’s my daily work tool for my own musical creations), they choose an analog synthesizer, and create the two little melodies that you will hear in the film.

In extremis, the collective film is ready. Eight films were made during the day, the session lasted 12 minutes. We’re doing the dark in the small room. The spectators are delighted, hilarious and impressed by the quality of the productions.

I immediately drop off the films on a server, so that they can be accessed via this QR Code, which will be distributed on documents in the library. 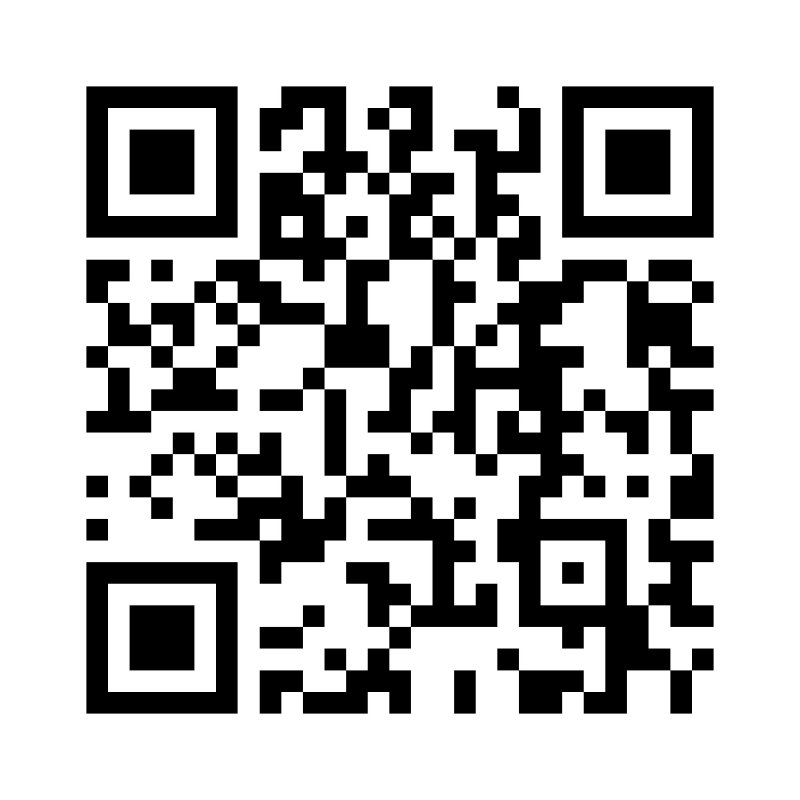 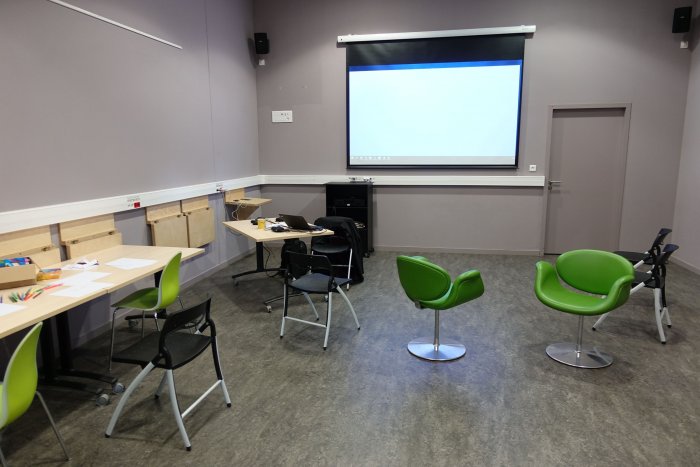 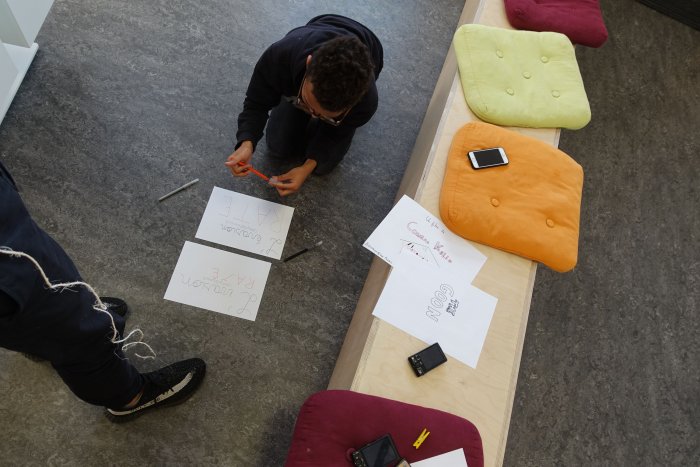 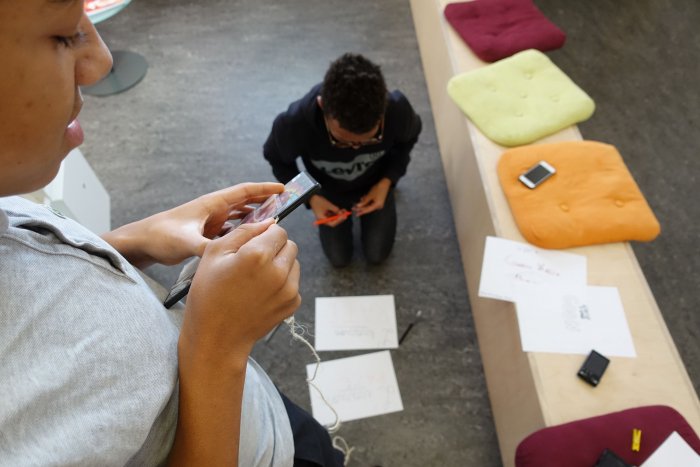 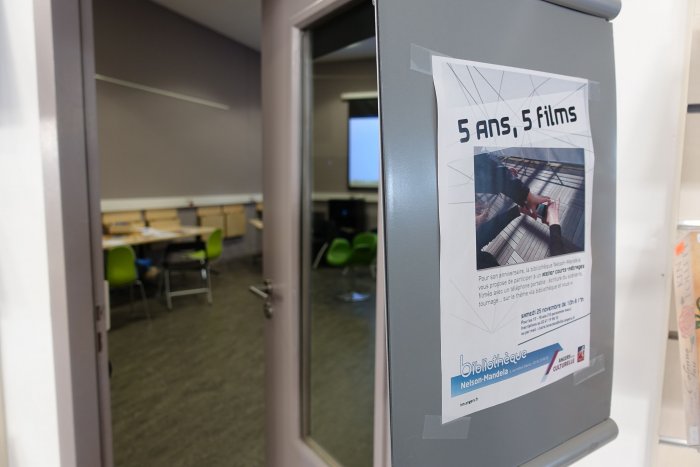 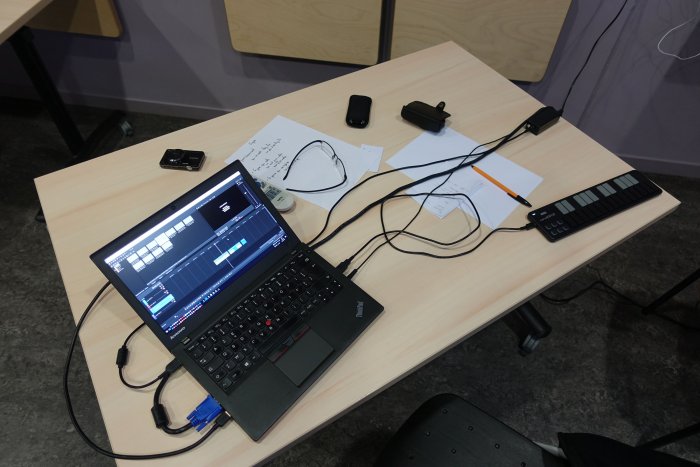