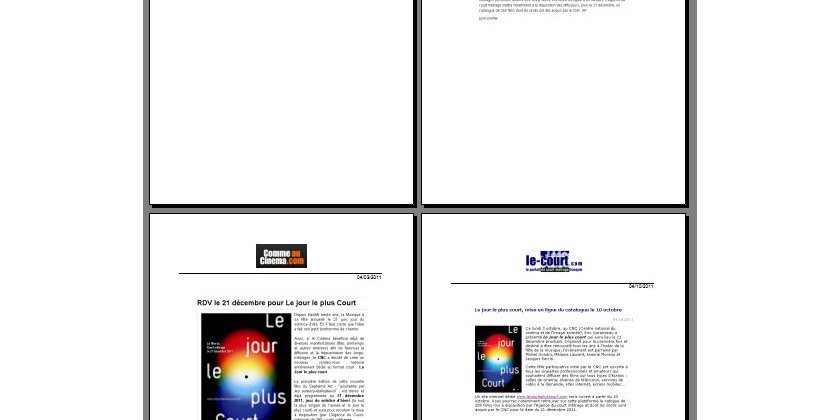 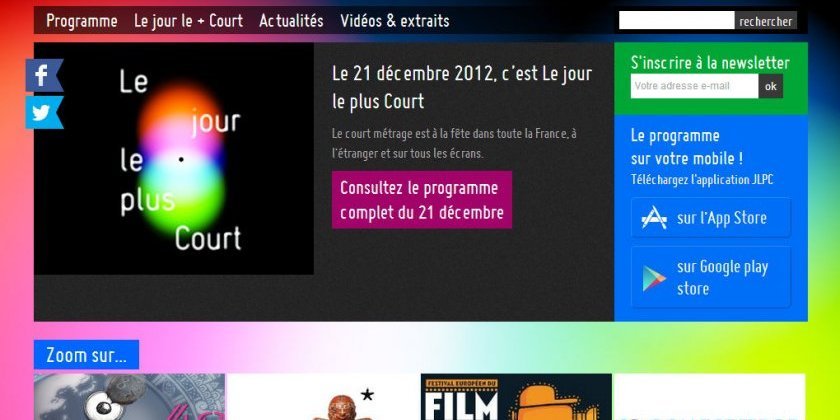 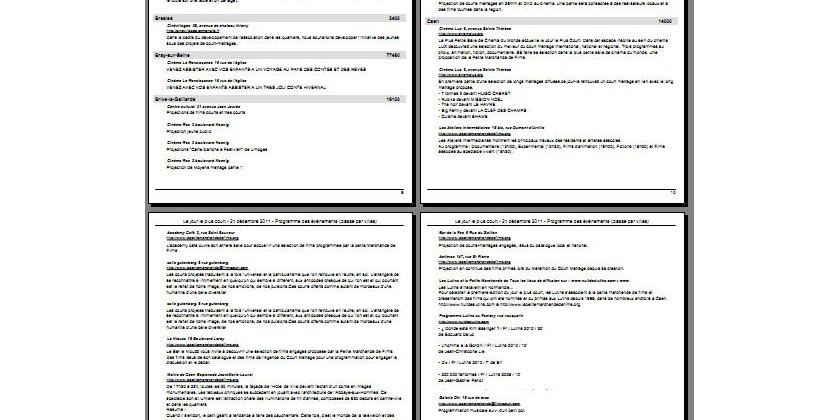 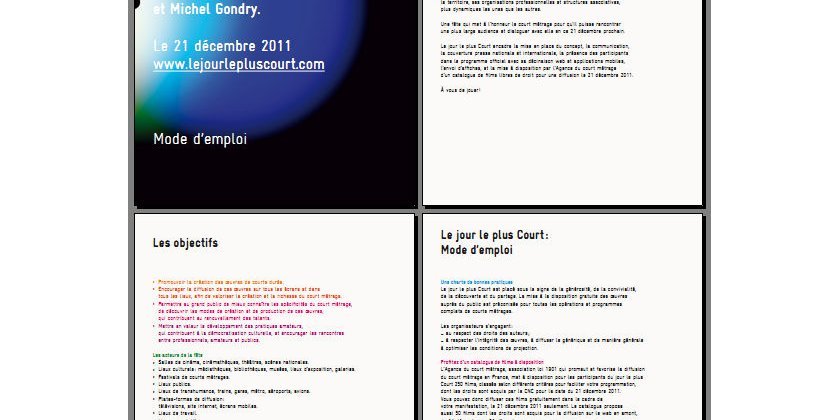 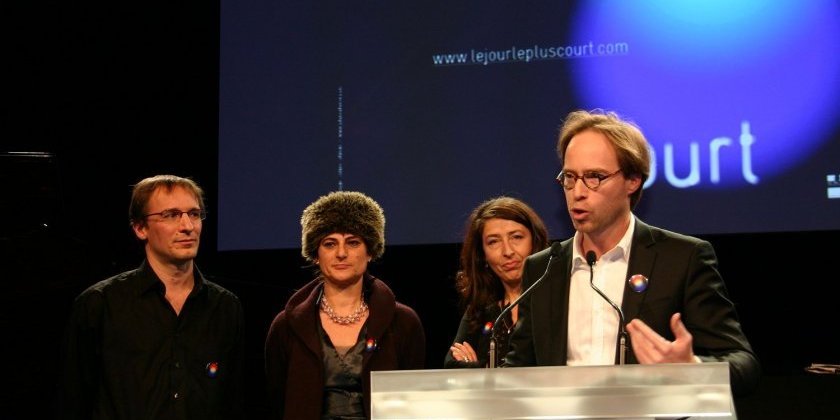 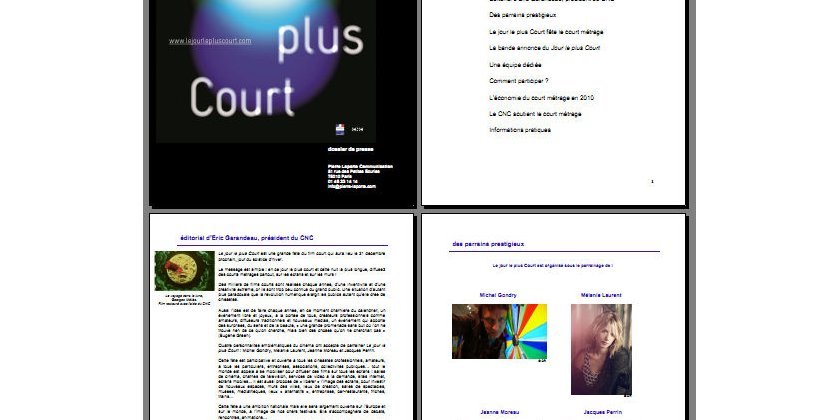 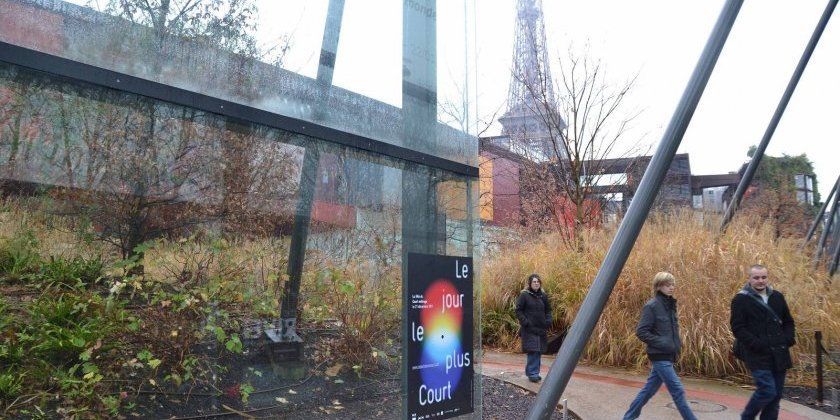 “The shortest day” is the annual nationwide big event of short films in France on December 21 of each year, proposed by CNC (National Film Centre for the moving image), since 2011.

I participated in the creation of this event in 2011, as co-artistic director, director of cultural mediation and technical director. Artistic co-director was Isabelle Massot and the general coordinator Sonia Jossifort.

6000 projections were held on 21 December 2011, more than 10,000 screenings December 21, 2012 ... In 2012, due to time constraints I could not support the second year of the “shortest day” but I accompanied it again in 2013 as director of development of cultural practices and technical director. Since 2014, the organization was taken internally by the Agency for Short Film.

Foundations of the shortest day 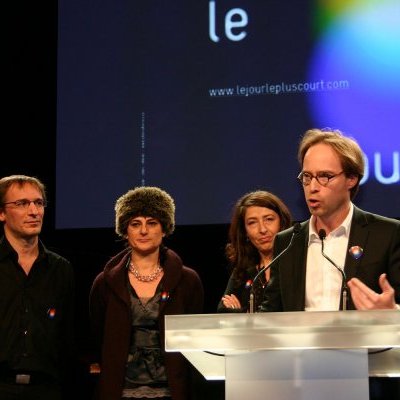 Birth “The shortest day” was born of a dynamic film professionals, who proposed early 2011 to the President of CNC Eric Garandeau, the concept of a national festival of short films, based on the model of the “Music festival” (which is held on June (...) 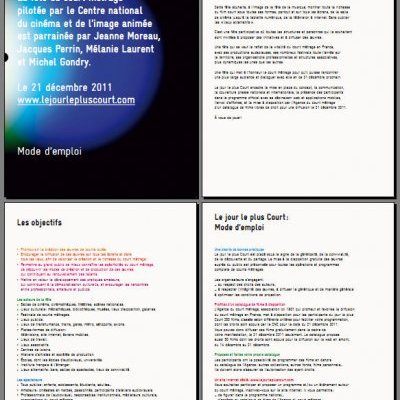 In September 2011, we issued this manual, designed to provide a “toolbox” to the potential participants of the shortest day. We Isabelle Massot and myself, “thrown” on paper a lot of ideas of cultural activities that we had both already made ​​in (...) 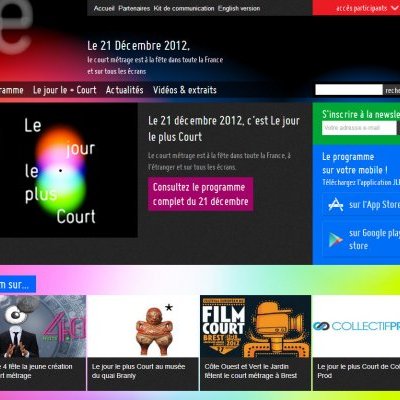 I was in charge, in partnership with the Communication Department of the CNC, of the building of the website: www.lejourlepluscourt.com. Website We had no time to build a convenient and efficient web platform for: Inform about the event. (...) 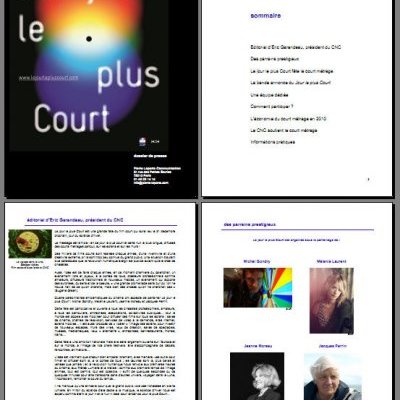 In July 2011, we have designed a first presentation file to inform very broadly the French cultural actors (not only in the field of cinema, but also in the social, musical, etc.). Then, in September 2011, we published a press kit on the (...) 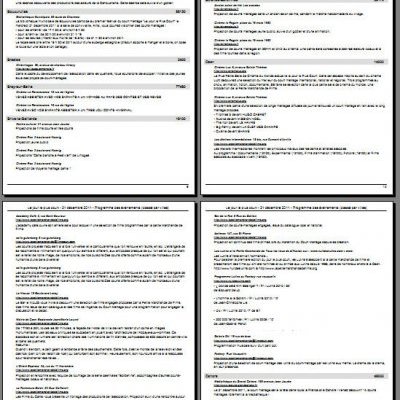 Here is the list of events that took place for the first edition of the shortest day in 2011. 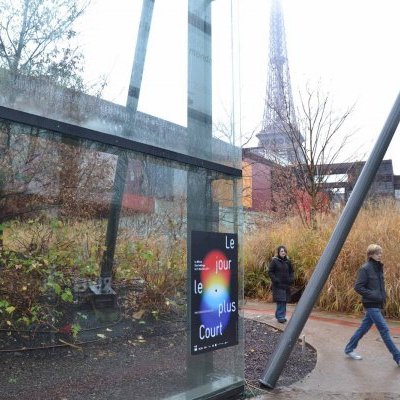 Here are some pictures, bulk, events that took place everywhere in France December 21, 2011 as part of the shortest day. 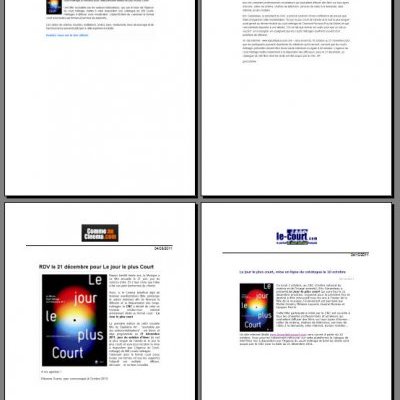 The press has widely covered, whether at national or local level, the first edition of the shortest day in 2011. Examples of newspaper articles.