Urcun Aude, who leads workshops Fine Arts Community of Agglomeration Evry Centre Essonne, is the initiative of the “Marathon cinema,” and had asked me in advance to accompany the design and concrete implementation the project.

The preparation in the field

So that the “Marathon cinema” in Evry may make sense for young (and young at heart!) Of the town, he had to enroll, upstream, in reality people. I therefore, since 2012, trained directors school structures and socio-cultural, teachers, facilitators, cultural mediators. Thus, workshops filmmaking with pocket cameras have been set up by schools, youth structures, as well as workshops plastics Evry Arts.

The organization of the event

The event itself, its organization, communication, are borne by Camille Rougeron, who was hired in 2012 to do so. She is assisted by an intern.

The idea is to give on Friday at 17h, a constraint, a phrase that should appear in the film, written or oral. The films must be shot in sequence shot, no post-production, so there is the greatest possible equality between groups, and the films have not been prepared in advance.

In 2013, 42 teams have registered. Finally, 30 films have been made. Much of the teams had previously participated in prior courses. Hence the meaning of upstream activities.

Friday 17h to 17h Saturday, three of us to advise and support the teams who wished. Me and two artists, teachers in workshops Arts Evry. Thus, this event is not only a competition, but really a space construction and sharing. Some teams have returned several times. Give people confidence, counsel, at the technical level, the story, acting, brought them for some many.

The jury was composed of:

The screening and awards

The evening show and awards ceremony at the Agora Theatre, Evry nationally and Essonne, which brought together all the participating teams, families and friends, took place in three stages:

The evening was surprisingly rich for spectators, the quality of the movies and very warm during the awards ceremony, with a jury listening and caring. 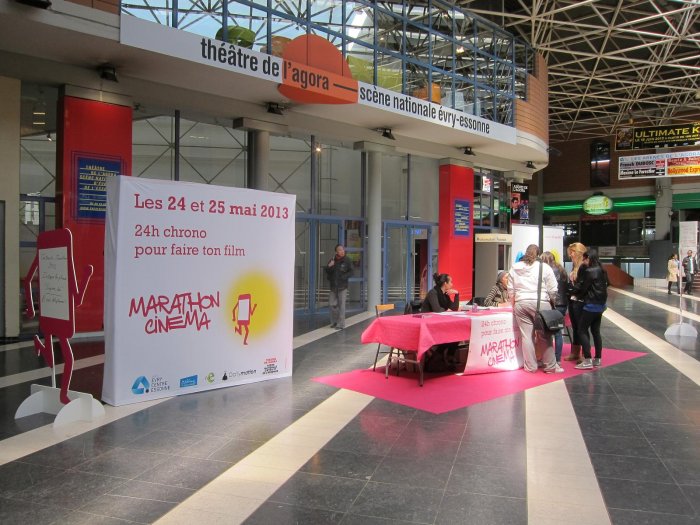 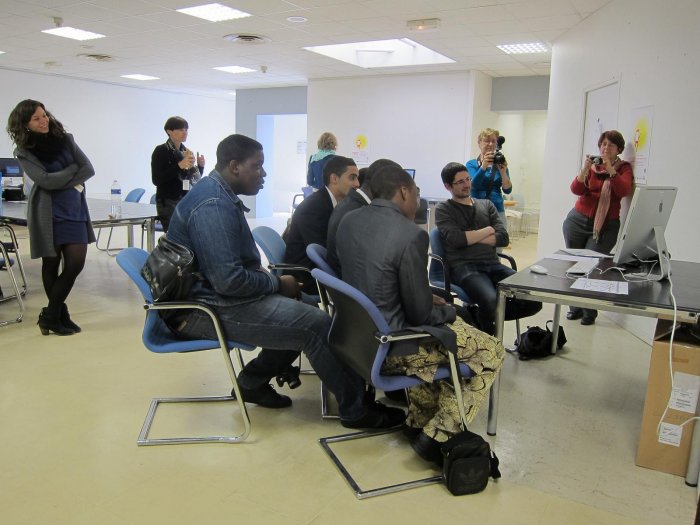 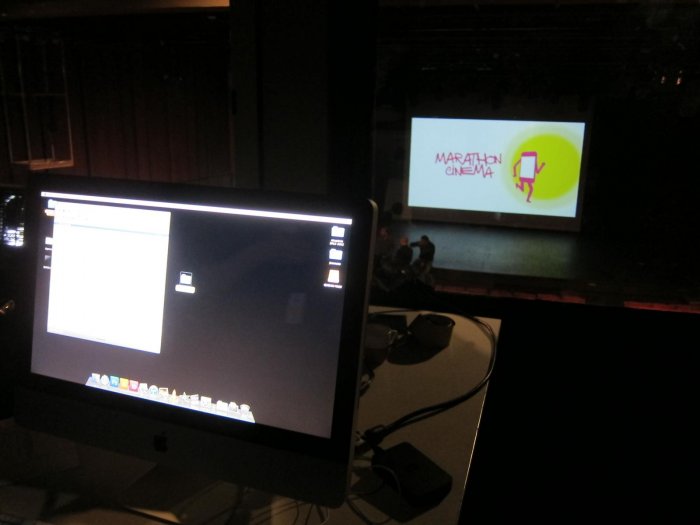 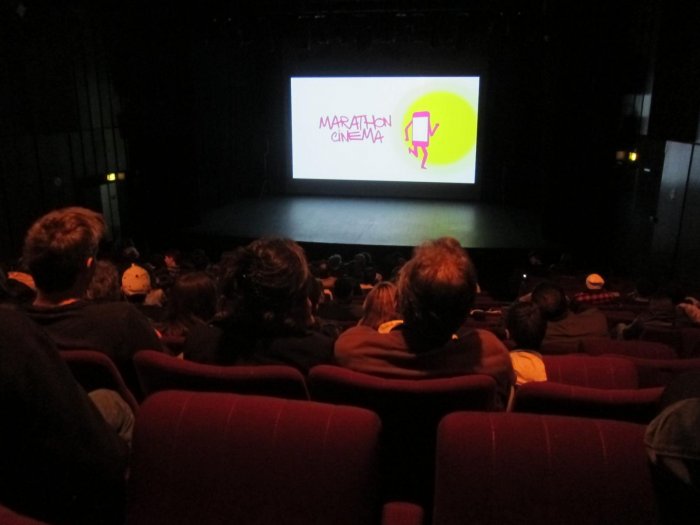 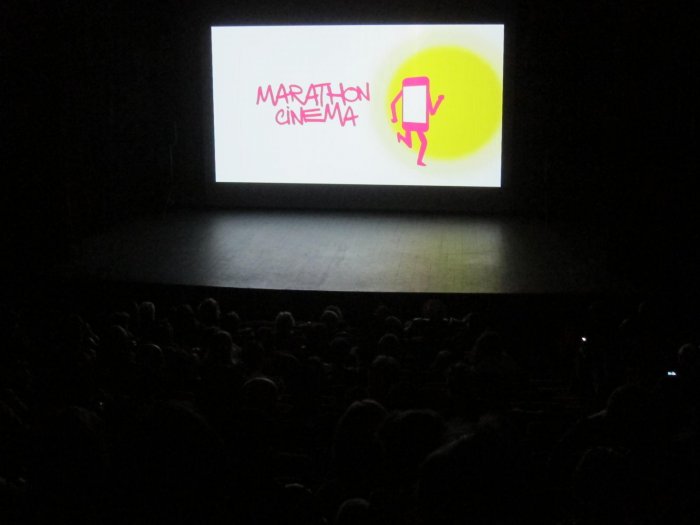 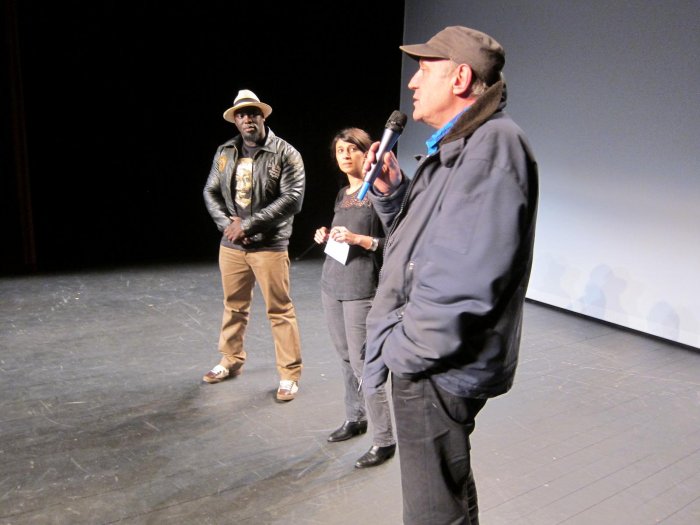 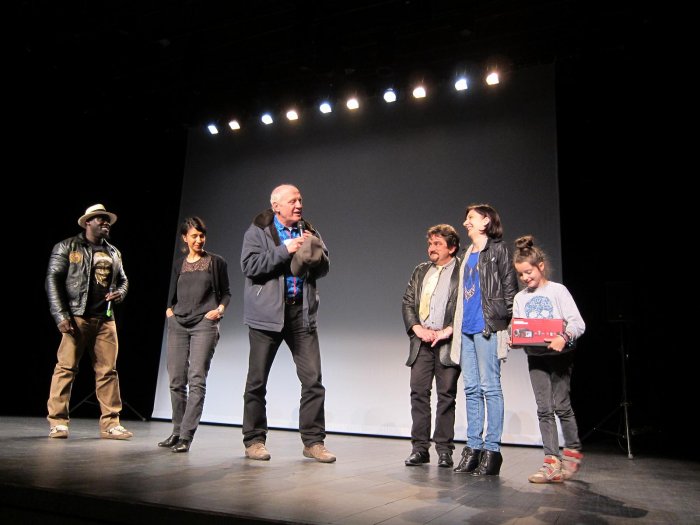 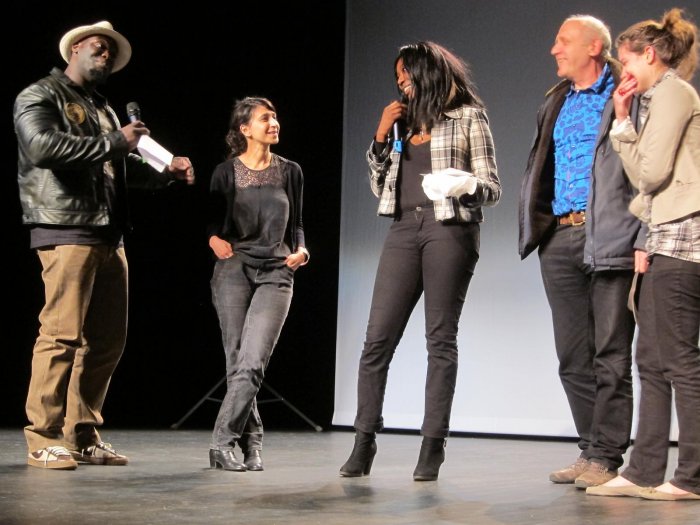 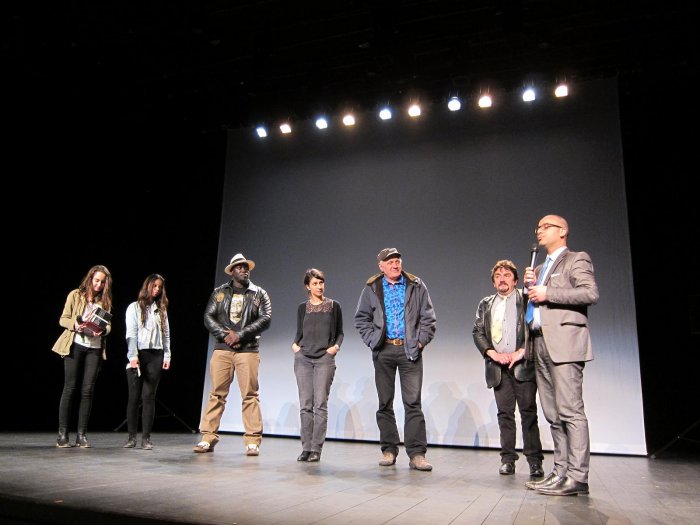 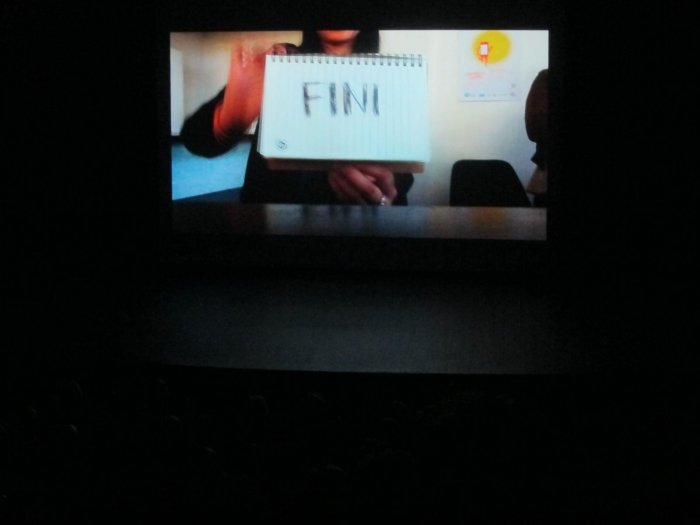 The “Movie Marathon” of the Agglomeration of Evry - Centre Essonne (France) is an event of audiovisual creation, proposed by the visual arts workshops agglomeration of Evry, which I supported the creation in 2011 and which I participate.The marathon participants have 24 hours to make a film: On Friday at 17h, a constraint is given a sentence to appear in the film. Films must be shot in clip with a pocket camera. For 24 hours, participants may be advised to carry their film. Movies are made ​​Saturday to 17h. A jury meets, and 20h, projection and (...)