Feverish dream in a baroque chapel. A vanitas with words.

“Vanitas is a particular type of still life painting with philosophical implications, which evokes both human life and its transience.” (Wikipedia)

The feeling of the vanity of things and beings can be experienced in a very tangible way during confrontations with death and separations. In art, in painting, still life paintings with a skull were a simple and efficient way, so to speak, to represent this philosophical perspective, that we reach in nostalgic moments. But in cinema with moving images, how to represent this philosophical consciousness ? This film is an attempt to this, by the confrontation of the living and the sculpted, of the baroque décor and camera movement, of the inside and the outside, of music and words, and especially of the visible and the invisible, the visible being the alive and the invisible being death, more present that the living despite its apparent absence, like dark matter of the universe. 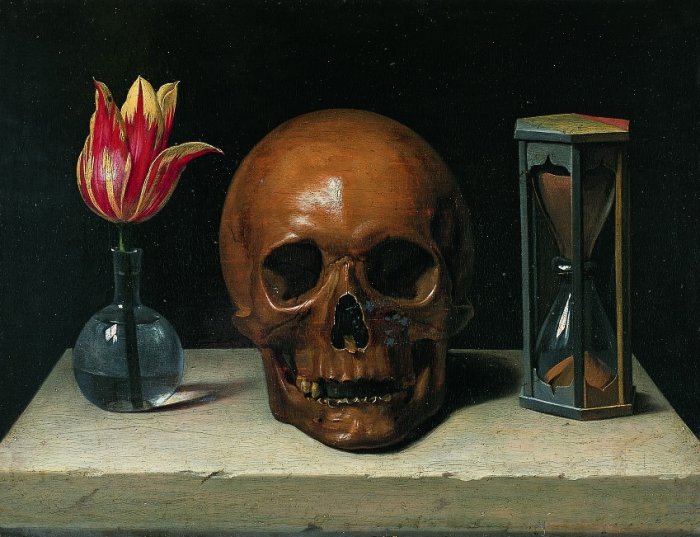