Itinerant projection at night in Valencia, as part of the International Festival of Screenwriters, on the theme of the evolution of audiovisual writing according to technologies.

The festival closes on 7 April 2018 with a screening of short films and film extracts on the walls of the old city of Valencia. About fifty people are present.

Atypical construction of the film program

For the programming of this session, I knew I would show an excerpt from the documentary “Television, the eye of tomorrow” (J.K Raymond Millet, 1947) where the future uses of mobile television are imagined in a playful way. Striking film, because it describes very precisely our contemporary uses.

Around that, I wanted to show films shot on mobile phones, films made in workshops, militant films, films on art and technology... I had many ideas, but for the programming to be finalized, it had to be embodied in the places.

It seemed to me that it would make sense to show one of my last films, « The Example », a philosophical reflection on the political function of the work of art, which would reside in its very form. I also wanted to show some silent films made within the framework of The animated film workshop at the Museum of Man (Paris), because words and images in cut paper seemed to me to be able to make building facades live well.

Two performing arts students, Teddy Trouiller and Owen Poulain, are accompanying me to organize this screening. They themselves make films, experiment writing according to the tools under the leadership of Stéphane Colin at the University of Valencia. I decide to integrate several of their films in the course.

Then, they propose me to discover streets of the old city that I did not know, in particular the street of Armenia, in which there is a memorial of the Armenian genocide of 1915. It then seems obvious to me to show an extract from a film by Artavazd Pelechian, a great experimenter of cinema as a poetic and political fact.

I wanted to show a film made on the phone with a close-up of my hand. Teddy and Owen tell me that they programmed a few days earlier as part of an event they were organizing for Sophie Sherman’s film “Fear thy not”, grand prize at the 2010 Pocket Films Festival, which she had directed as part of a workshop I had hosted at Fresnoy - Studio national des arts contemporain. We are therefore integrating this film into the programming.

In the afternoon before the session, I meet a demonstration of anonymous vegan, who show on their laptops videos of animal suffering. The idea then comes to me as an evidence to show a slaughterhouse video, because these videos of political activism, so important, are allowed by hidden miniature cameras. I ask them to send me videos.

It was with all this multiple enrichment that I built the film program. In the evening, the screening was a magical moment.

The essence of this film programme is to be intimately attentive to encounters, to know what you want while maintaining your ability to move, to welcome the unexpected as a richness. It is what made me believe that the meeting between the places, the works and the spectators was just and rich, that it made sense in its context.

This leads me to a philosophical reflection: isn’t life itself intrinsically only a meeting? It is the fact that two gametes, foreign to each other, meet and merge that creates life. It is this immense risk that is taken that leads us towards the discovery of the unknown, that makes the world grow. I think that a moment of artistic sharing must be nourished by this demand, this truth of meeting, of mutual enrichment. Daring to meet the other and its magnificent consequences. 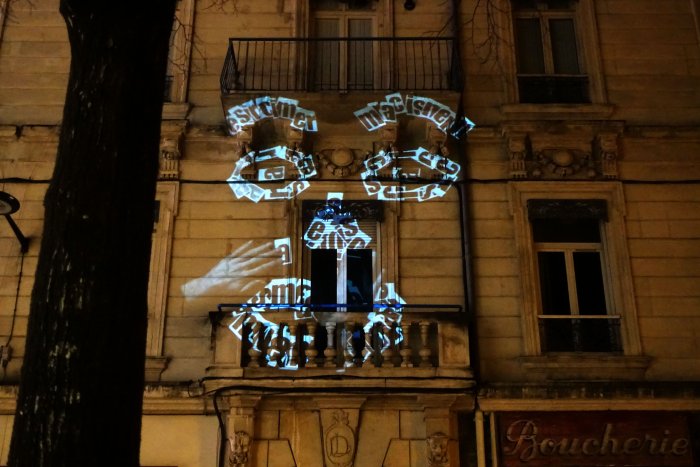 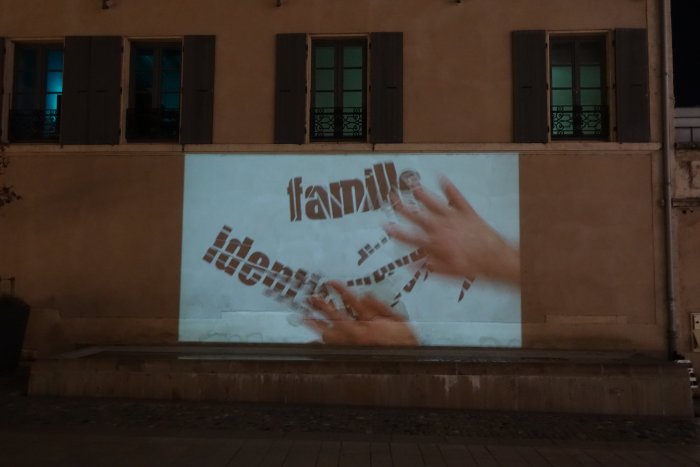 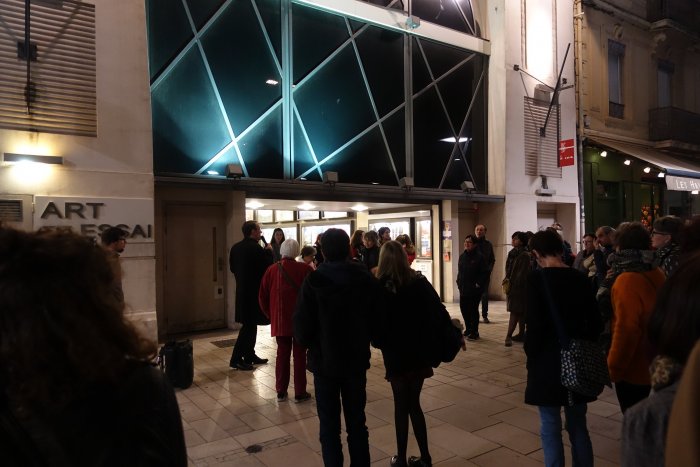 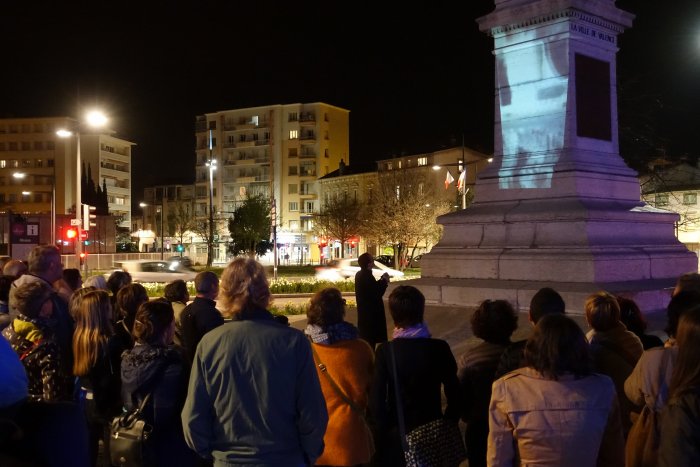 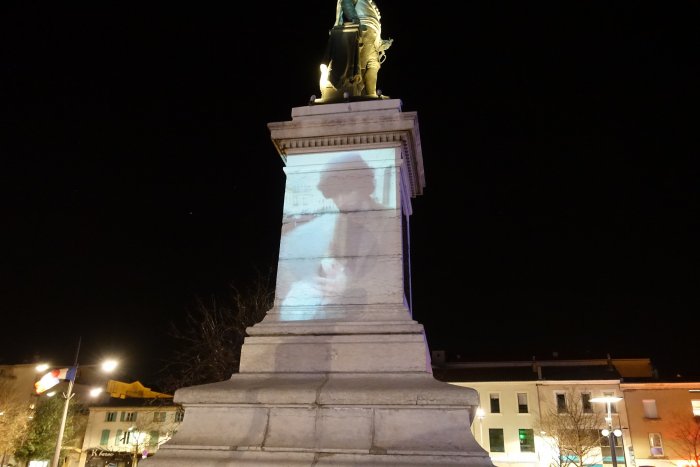 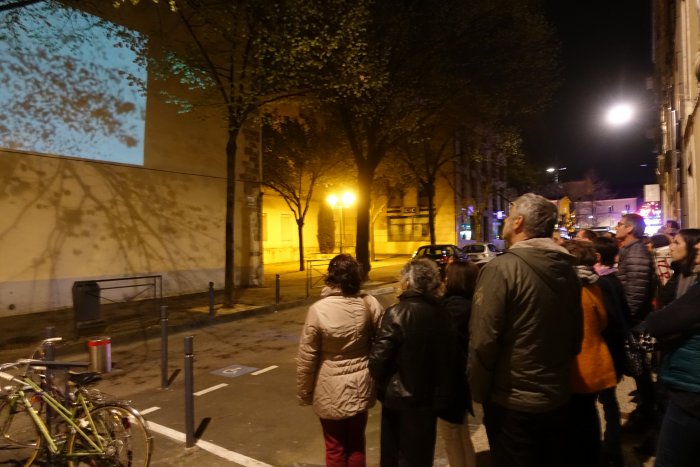 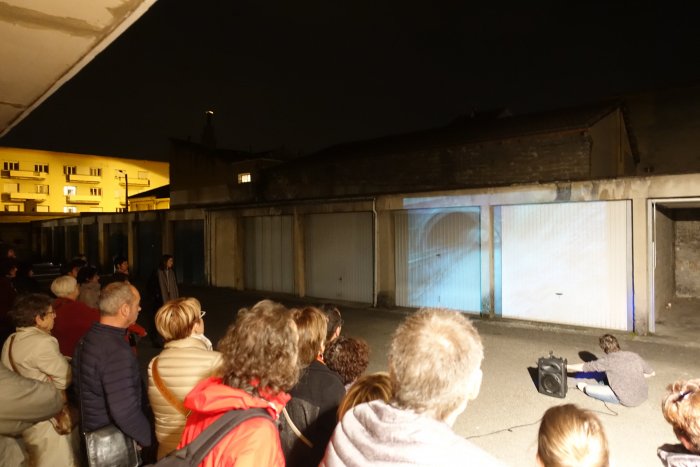 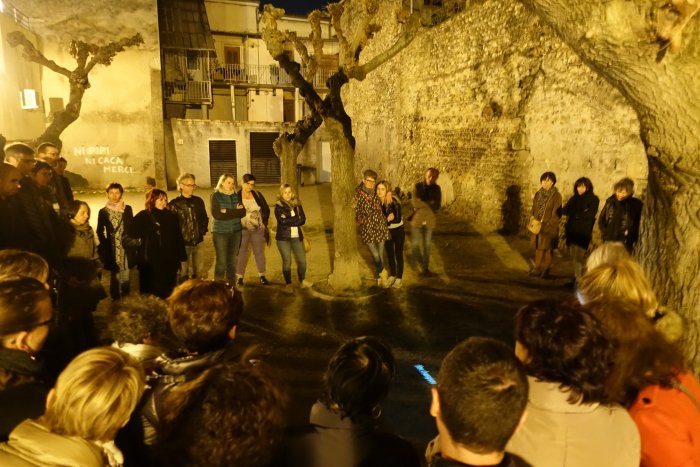 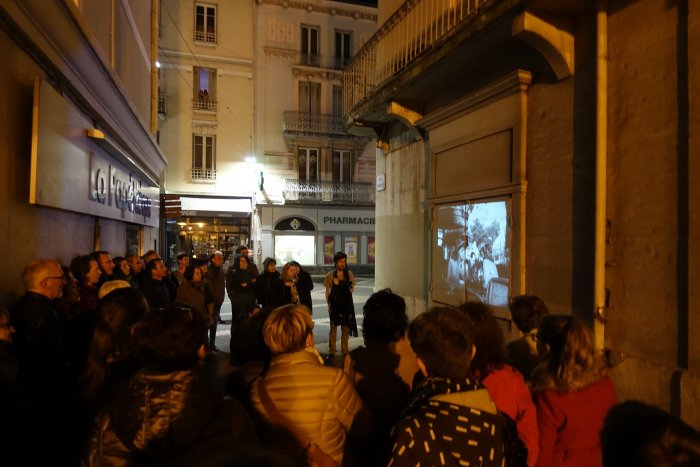 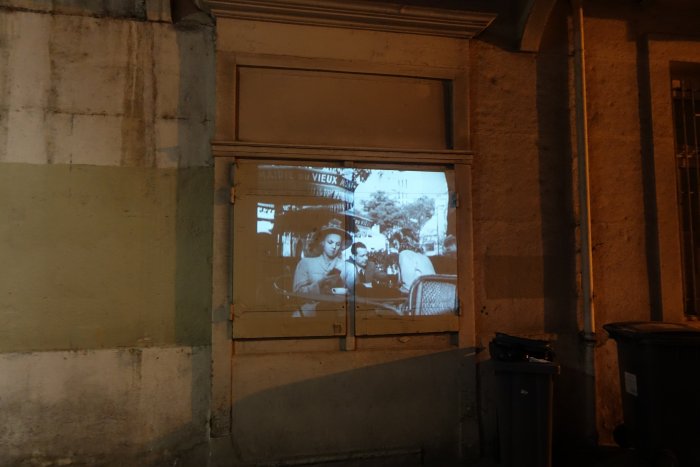 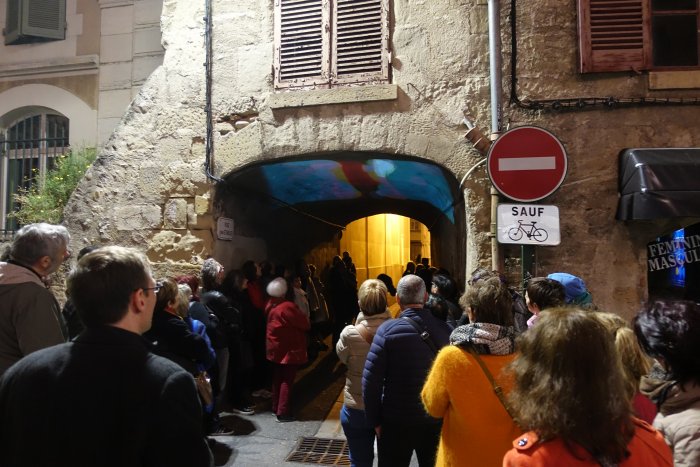 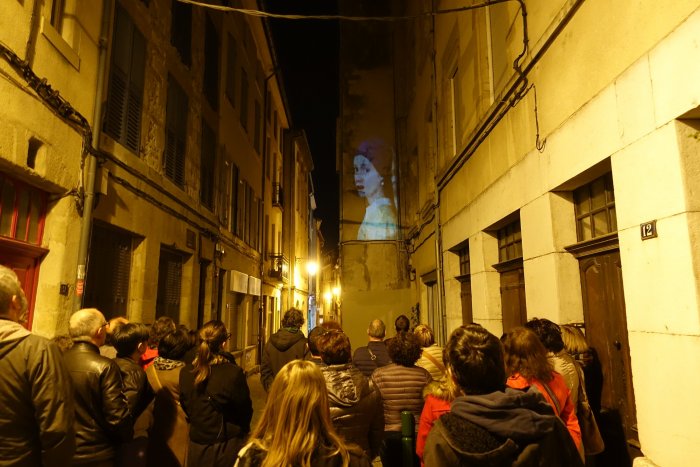 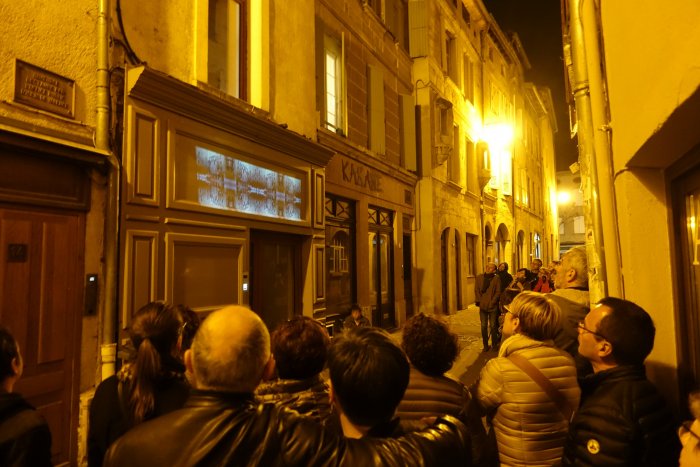 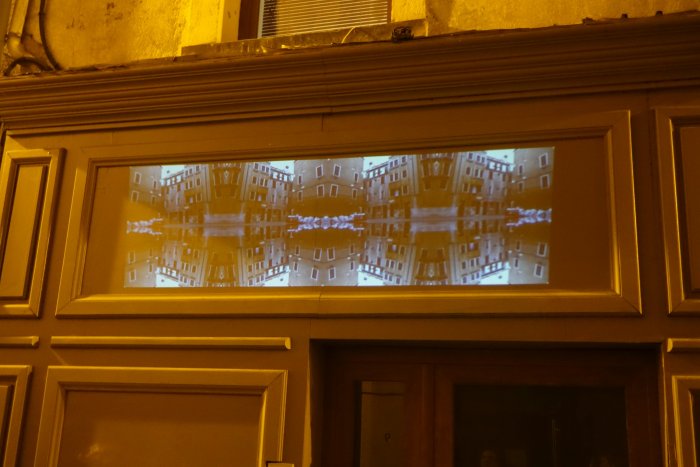 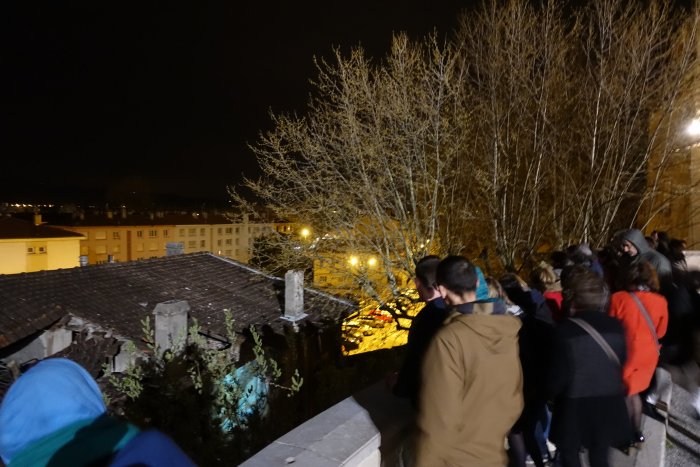 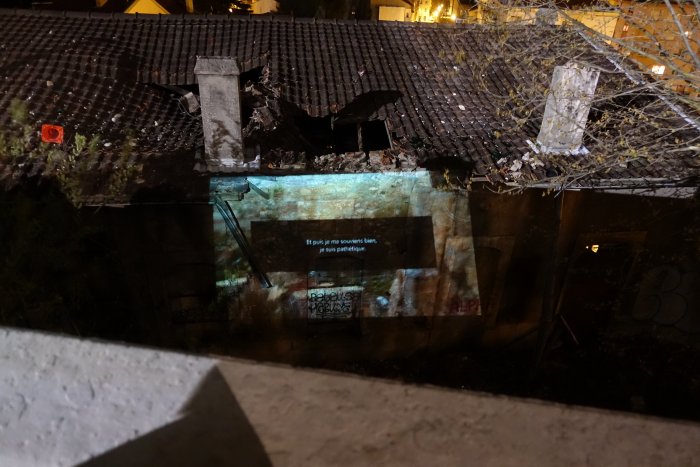 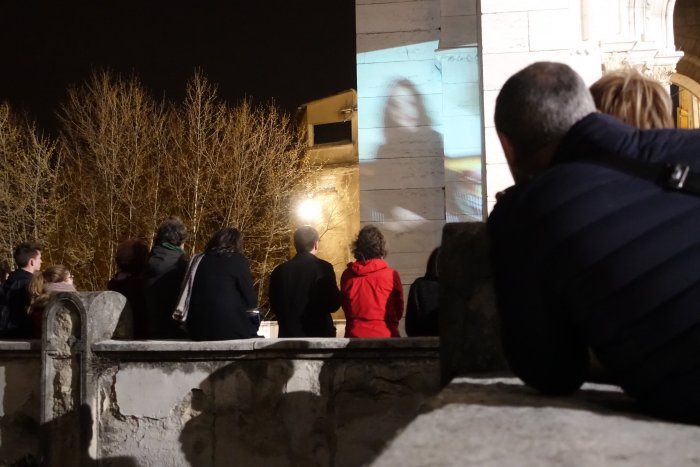 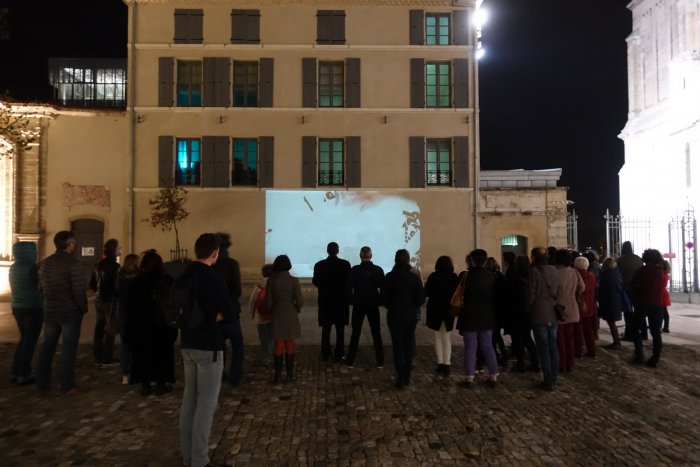