People sign up, and in an afternoon, everyone chooses a film, or a film clip, and the location of the screening of this film. The screening takes place in the city at night, the same night. This year, February 7, 2016, as the weather was very mild, it took place around the Esplanade Charles de Gaulle. Everyone projects his own film, with the pico projector in hands. 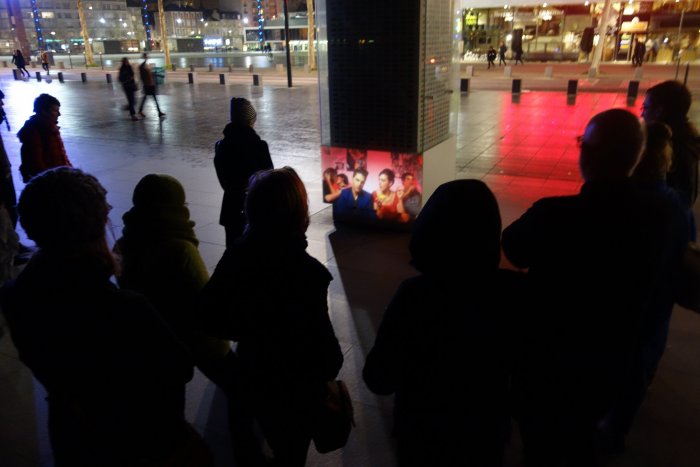 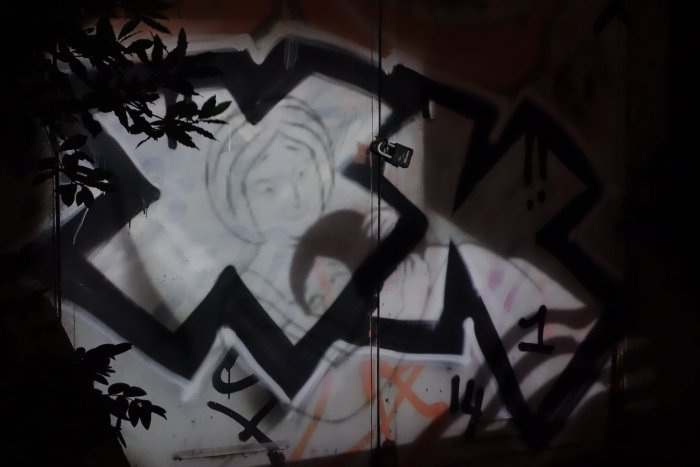 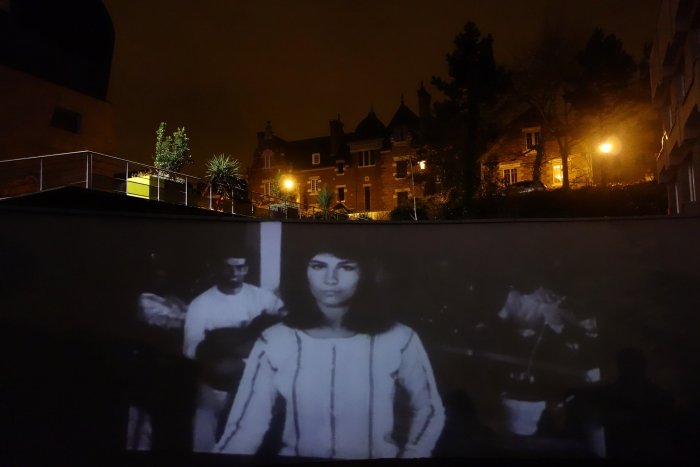 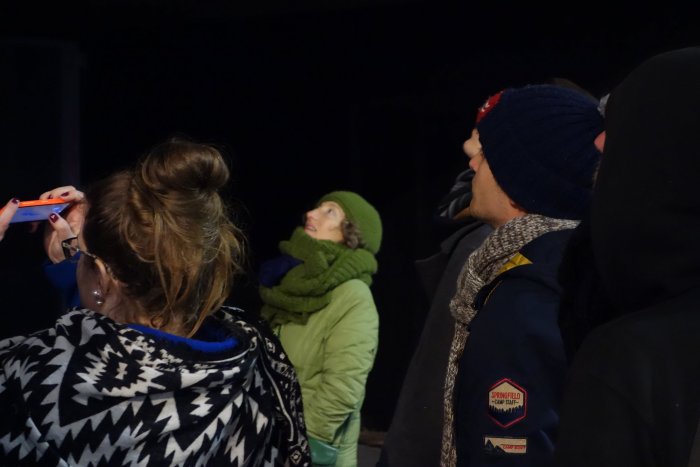 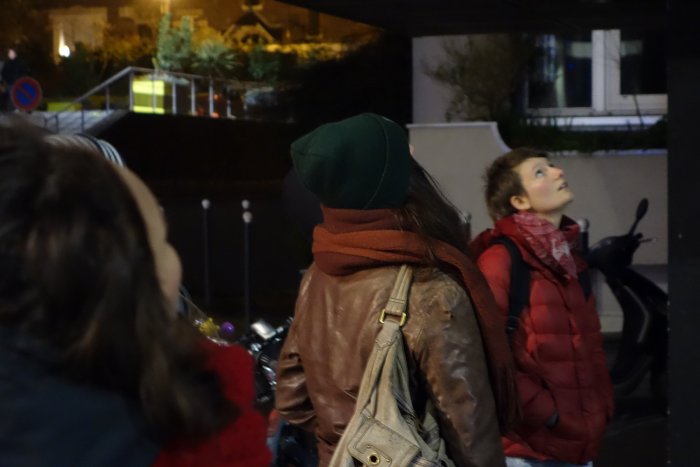 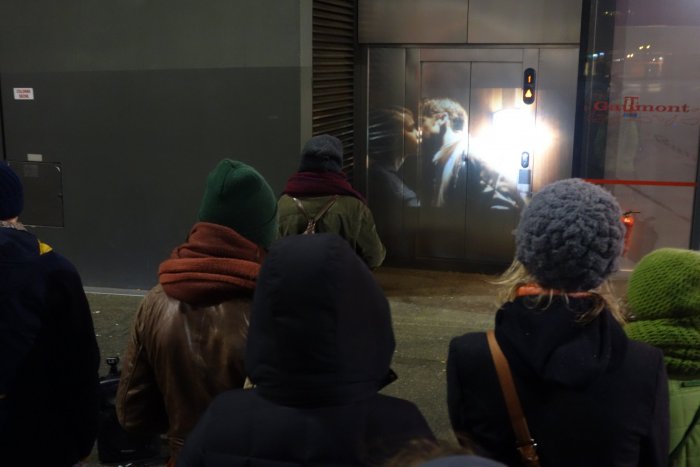