Workshop for the production of films for teenagers, then organization by young people of the itinerant screening of these films, within the framework of the Port Areas Film Festival (Saint-Nazaire - France). June 2017.

This workshop was held for the second time in 2017, as part of the Picture Passers programme, at the initiative of the Port Areas Film Festival (Saint-Nazaire - France). This project was led by Sandrine Floc’h and Stéphanie Rivière.

Upstream of the Port Areas Film Festival, as part of the Méan-Penhoët neighbourhood house in Saint-Nazaire, and accompanied by host Emilie Brethes, I conducted a one-week workshop in April 2017 for a group of teenagers.

The fact that the films made in this workshop were to give rise to a second workshop, two months later, to organize their travelling projection in the city, gave a very motivating purpose to young people.

In addition, as they were being produced, I put the films online here: http://www.benoitlabourdette.com/_docs/? dir=projets/2017/2017_zones_portuaires, so that the work is truly appropriate, so that the creation can be embodied concretely also outside the workshop. 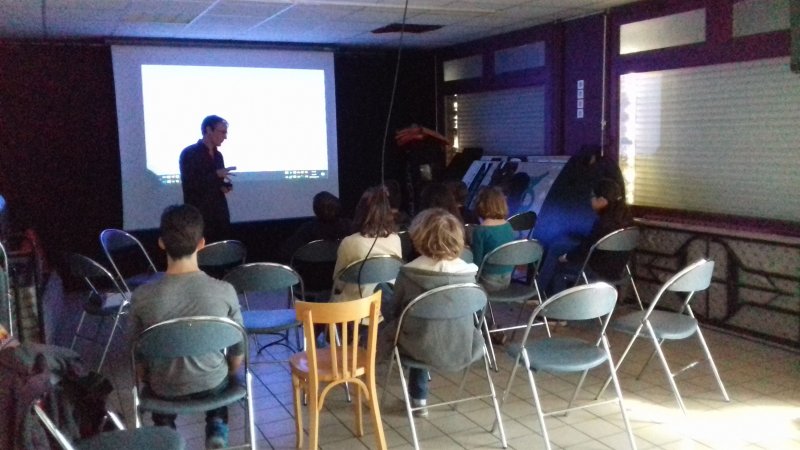 I offered them the possibility of directing collective films, films by small teams, with different techniques, including animation, all films being shot in sequence. The theme was the construction and sharing of a look at their city. Some films were made voluntarily in silence, because during the screening they were going to be illustrated live by musicians from the music school.

At the beginning of the workshop, a theme seemed to be shared by everyone: the horror film. They told me about a mythical place of Saint Nazaire, the Trignac Forges, an abandoned industrial place since 1947, visible from the road, that everyone knows without necessarily going there. It seemed like a “perfect” setting for a horror movie, and the promise of a beautiful sharing with the inhabitants of Saint Nazaire.

We brainstormed to build a dramatic canvas for the film, which was going to be shot in sequence shots, with the participation of everyone.

When they arrived on location, the filming left room for improvisation, the stakes were on the discovery of the set, listening within the group, mutual trust. 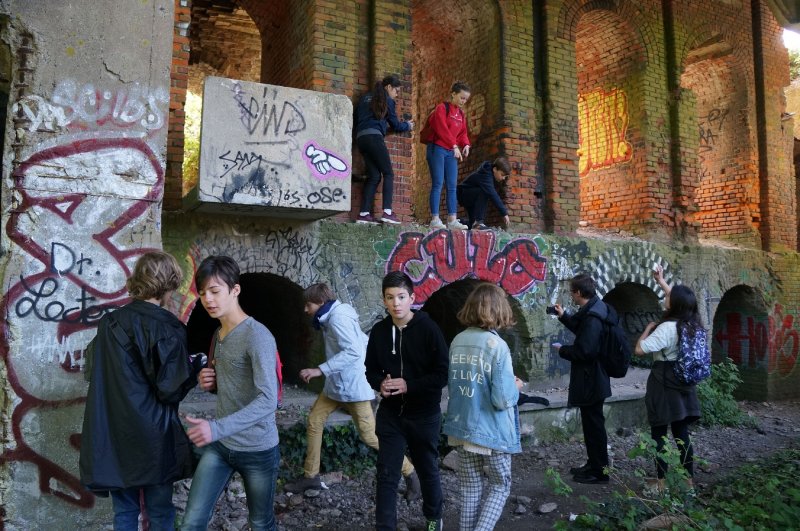 In terms of pedagogical and creative methodology, my method consists in putting together the best conditions so that something strong, which makes sense for everyone can be born. Everyone can bring the best of themselves into the project. Often, the methods based on a scenario and very precise preparations of everything that needs to be accomplished are rather made to reassure oneself than to open up the maximum creativity of each one. That’s why film shoots are often quite boring. 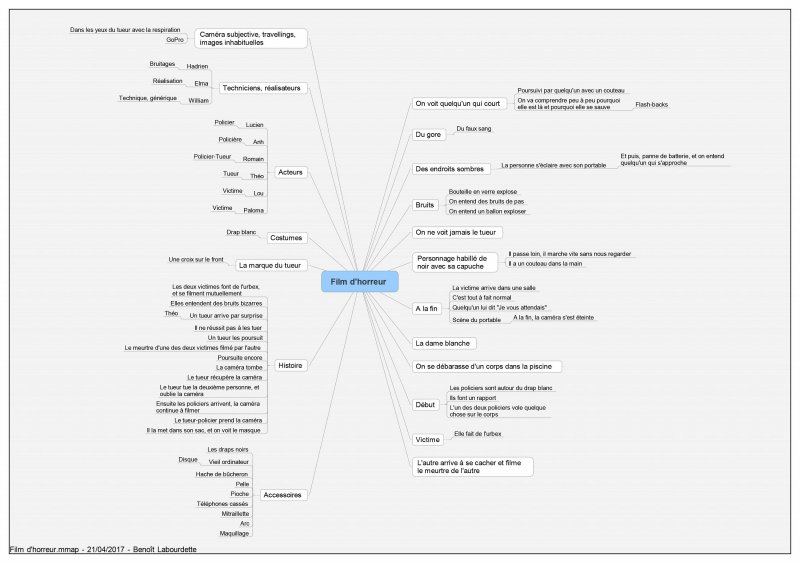 So we had a canvas. We arrived at a place marked as dangerous. Hunters with rifles and dogs were there to hunt a fox... we had to wait for them to finish. Then we visited the places together, letting everyone’s imagination express itself. An immense place, the visit took time. By chance we came across a specialist in the history of the place, who opened us up to a lot of new information. Afterwards, we took the time to have lunch on the spot, each of us also going to discover the place as we please. Keeping the framework means choosing to trust the participants.

This is how each person takes ownership of the subject, how ideas are constructed, and how the unconscious, the “energies”, agree if you can say so. Thus, this framework that I am proposing makes it possible to create the conditions for genuine collective work.

As time went by, the elements were being put in place. Everyone had their own responsibility during the shooting. It was not a question of organizing the day to reassure me, but of offering a group cohesion in depth. This has allowed everyone’s ideas and places to be structured in an almost “natural”way. No need to do any discipline whatsoever to make the project run smoothly, because everyone had a real responsibility and space for their desires, ideas and proposals. 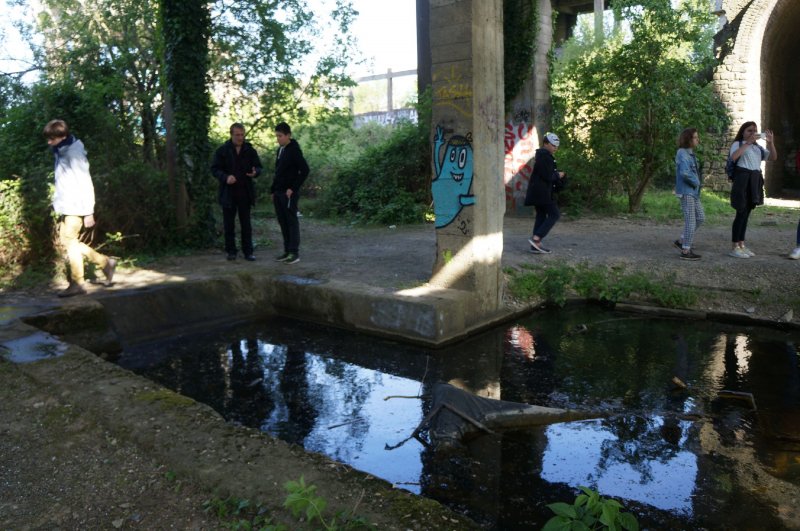 We shot the film three times, in sequence shot, in a beautiful harmony. Then we went home, added the music and the credits together, and here we are, in one day a fairly ambitious film, made in a form of cohesion.

This project is supported by the Port Areas Film Festival (Saint-Nazaire - France) that I have been organizing since 2011.

In 2017, the idea was to associate the projection of the films of the students of the music school (framed by Sylvie Noël) as well as the dance school of Saint Nazaire. We met up for it:

Here again, the cohesiveness of the group is essential, and it was the adolescents, at the time of the projection, who were fully responsible for it.

In 2017, there were about 30 spectators in the auditorium, so I thought we would have a low attendance for the travelling projection. But as the departure time approached 120 people arrived, specifically for the travelling projection. This is a sign that an atypical proposal, closely linked to the city and in partnership, arouses interest. We had to change the course at the last moment because of this unexpected crowd, so that the public would “come home”!

The teenagers were completely responsible for the animation of the itinerant projection. It became their project. The framework I propose gives rise to autonomy, ownership, motivation and social sense of the project. The city was invested with a high quality moment of sharing around the cinema. The work of adolescents, if given their full place, is just as rich for the spectators as professional work.

Capture of the projection and film selection

The travelling screening was filmed by Luc Babin. Here are her images, as well as a selection of some of the films made by teenagers.

Collective film - The Union of Objects

All the films made in the workshop are available here :

The film “The mask of the forges” was screened at the Festival Premiers Plans in Angers in January 2018. 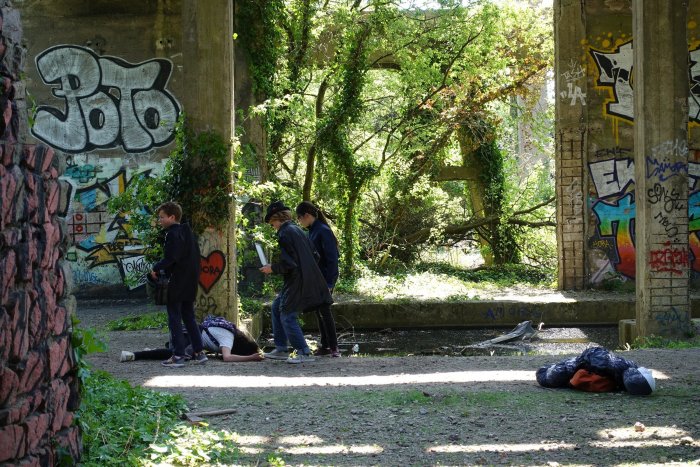 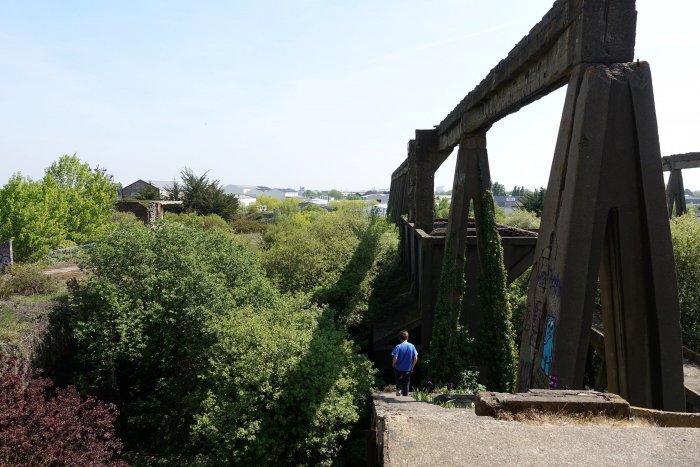 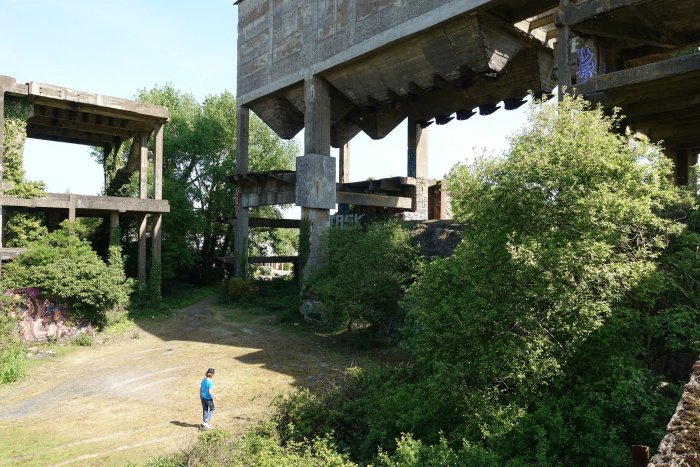 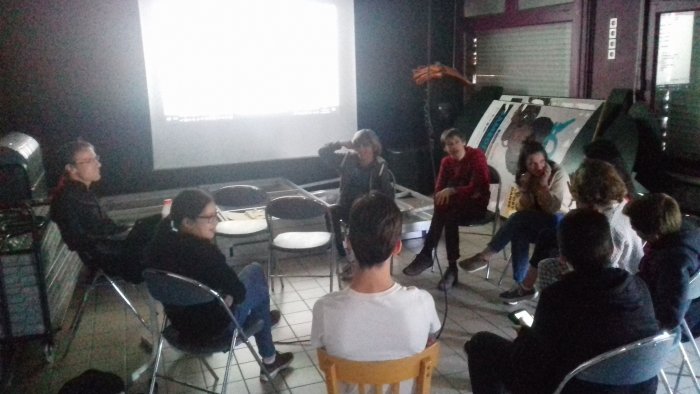 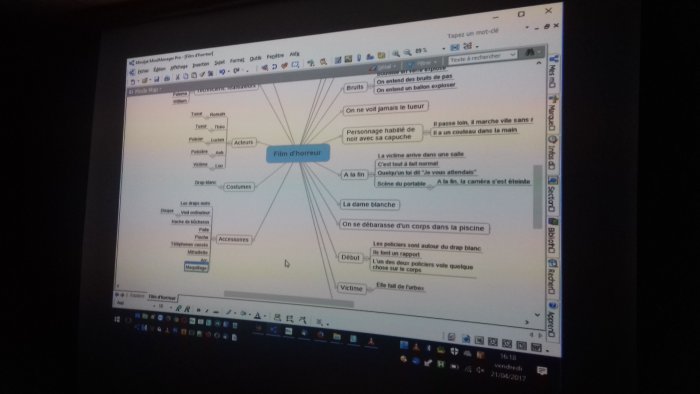 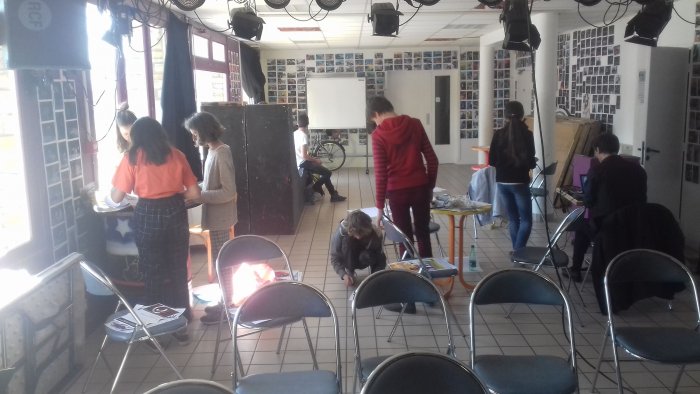 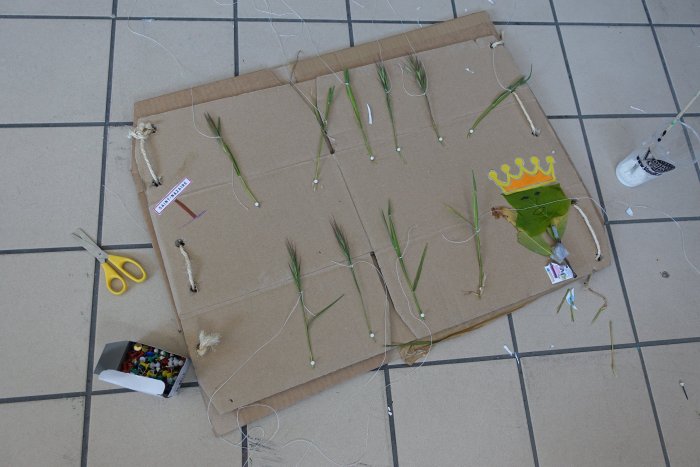 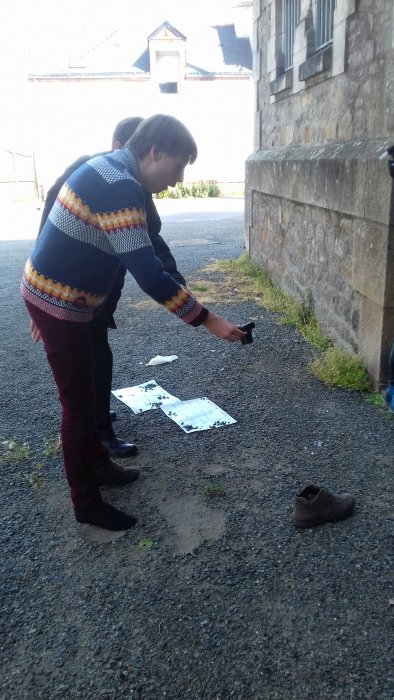 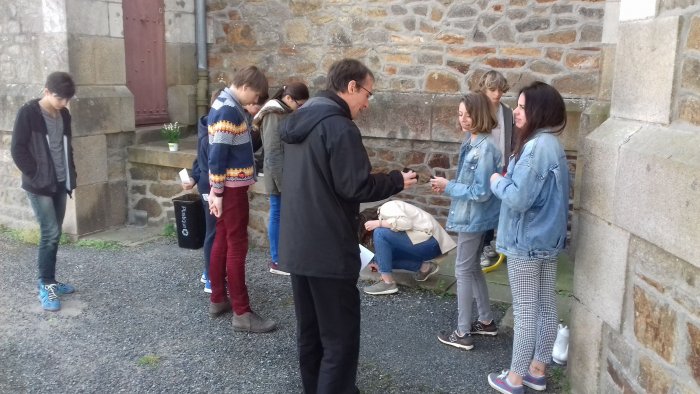 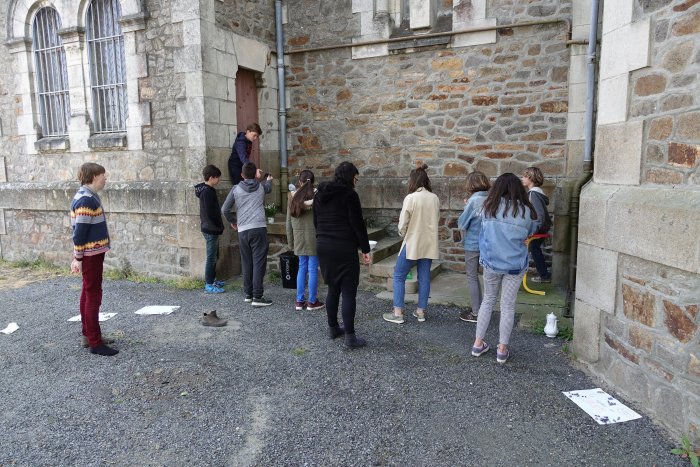 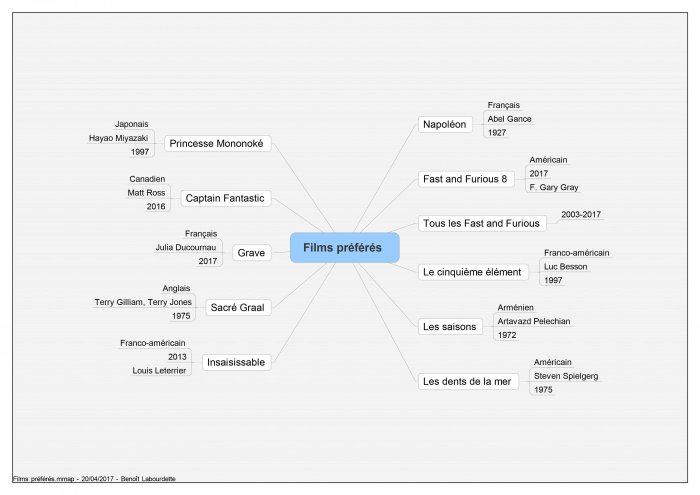 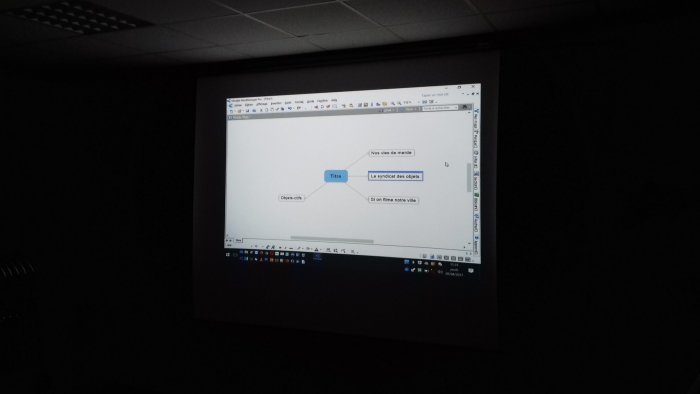 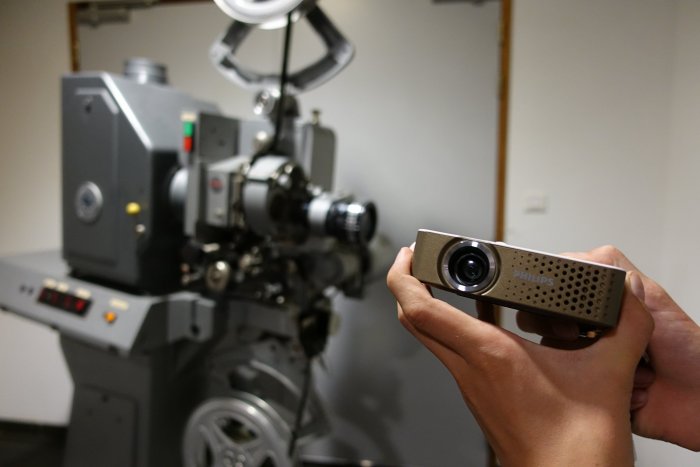 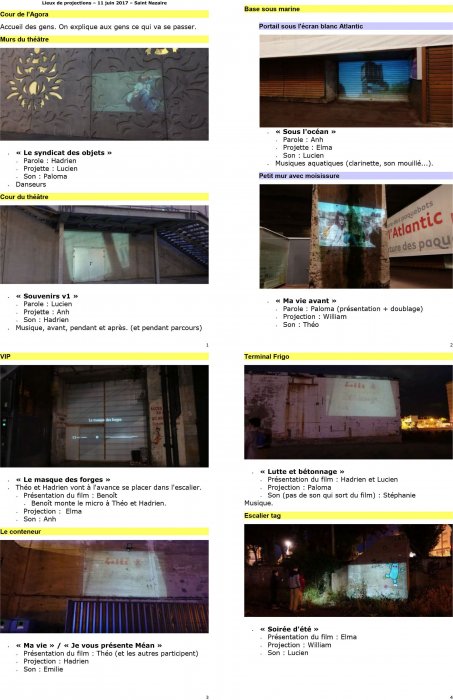 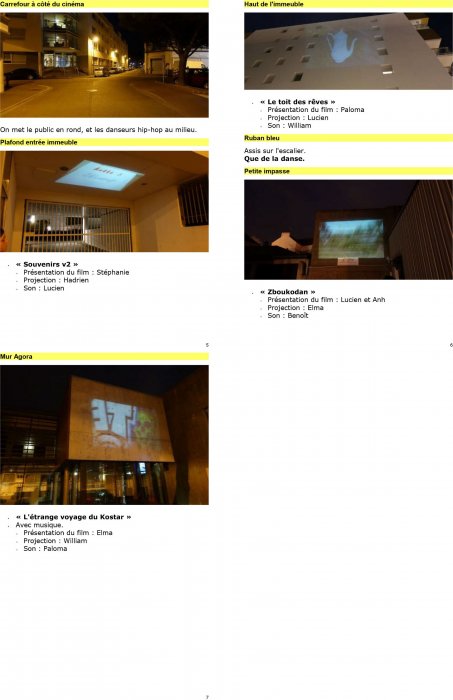 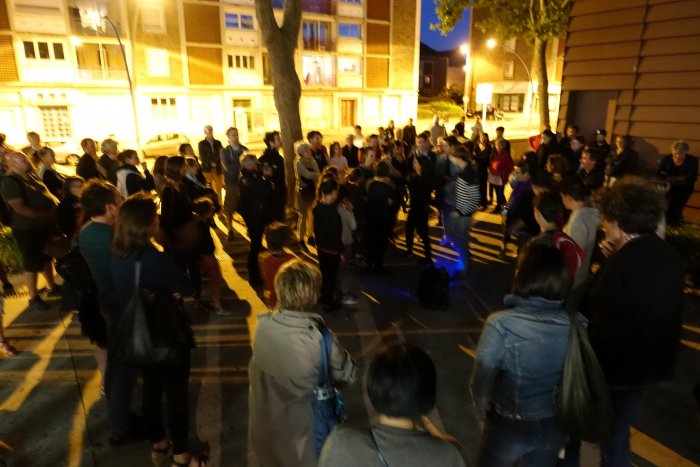 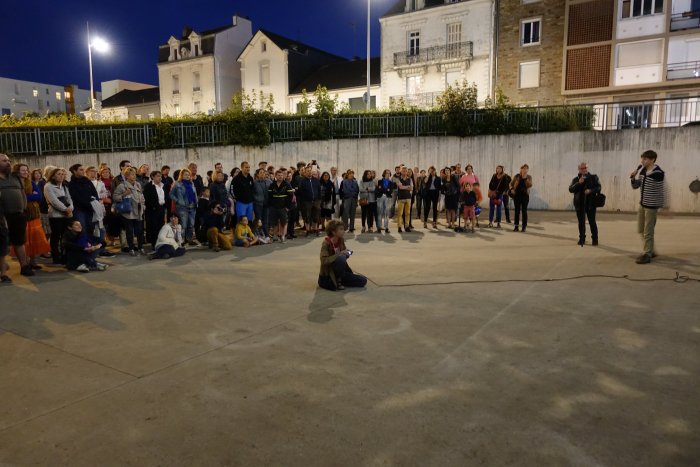 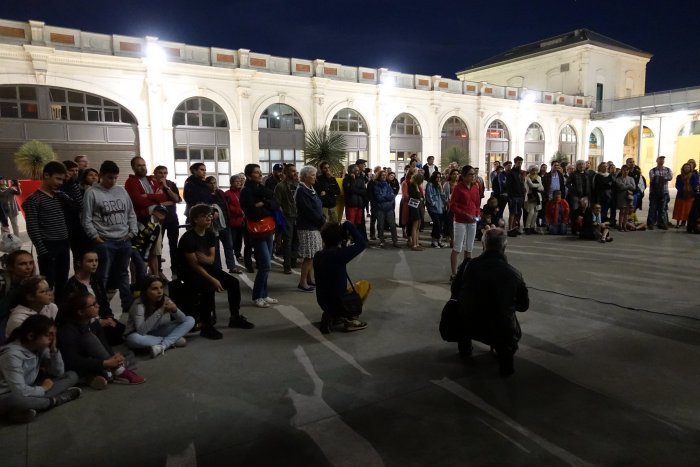 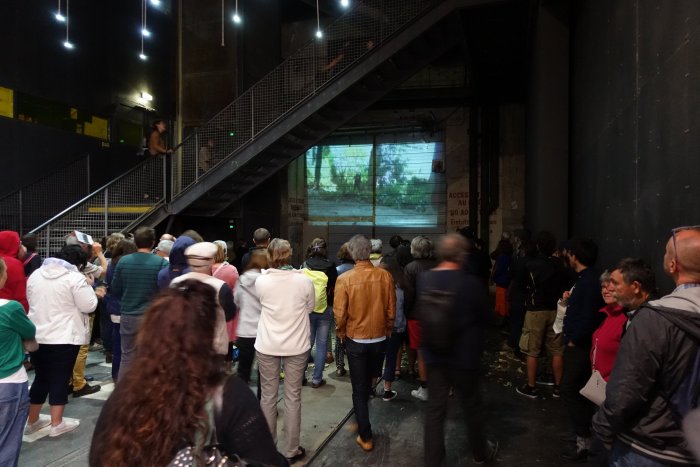 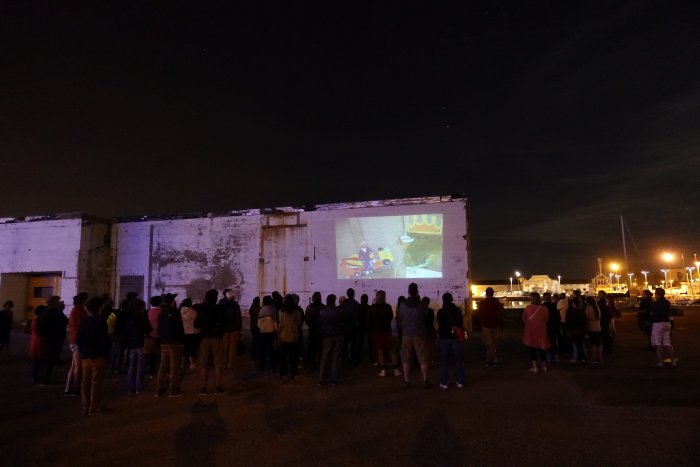 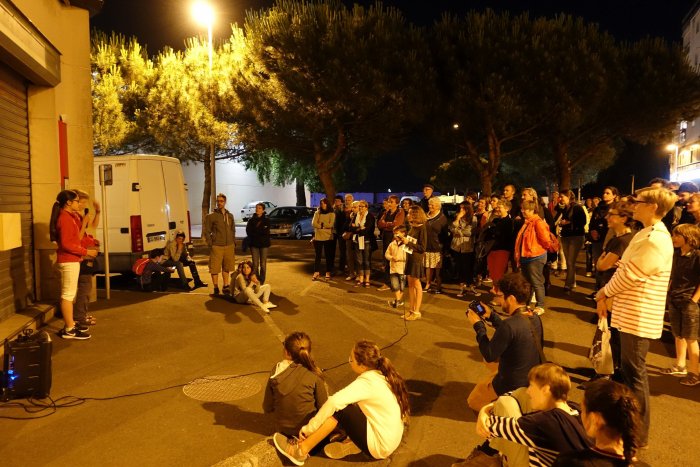 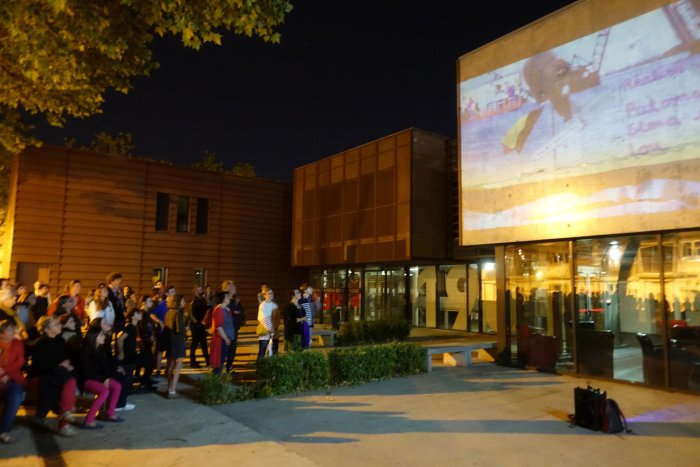 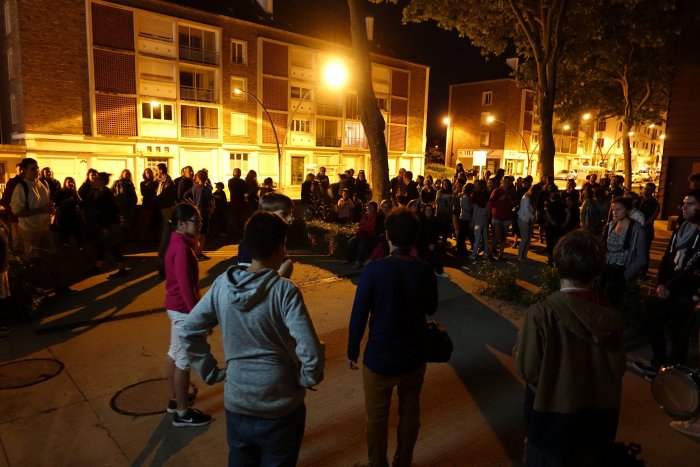