A film designed to be screened on the city walls on a travelling basis.

Yannick Marzin, director of the Scène nationale de Montbéliard, proposed to the filmmaker Joseph Morder and myself to design together a travelling film: based on a visit to the potential screening sites, the route that would be possible for the spectators, Joseph Morder wrote the script for a film whose sequences would each be screened in a different place in the city, the screening site being involved in the narration. At times, there was a mixture between projection and live performance, with the actors of the film (Joseph Morder himself and Françoise Michaud, main actress) also intervening in reality.

Three evenings of travelling screenings were held as part of the “Green Days” event (23 May - 6 June 2014 in Montbéliard). 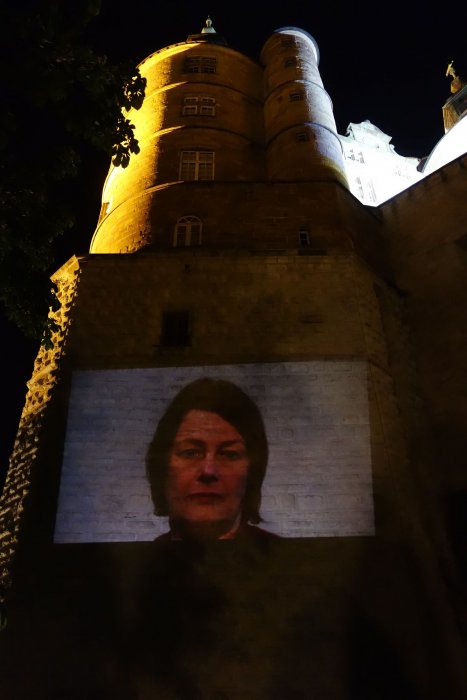 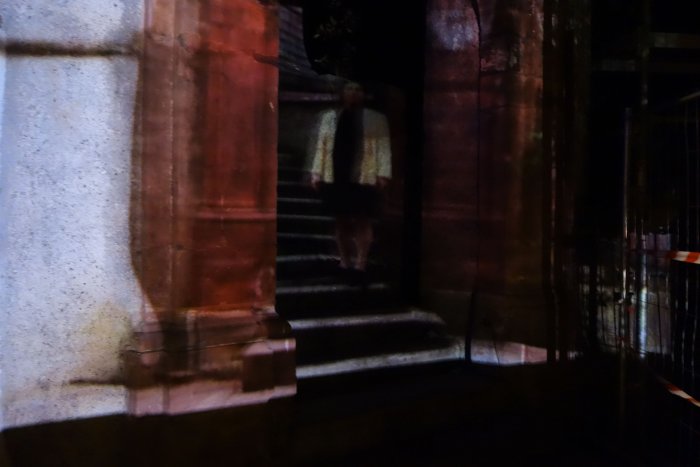 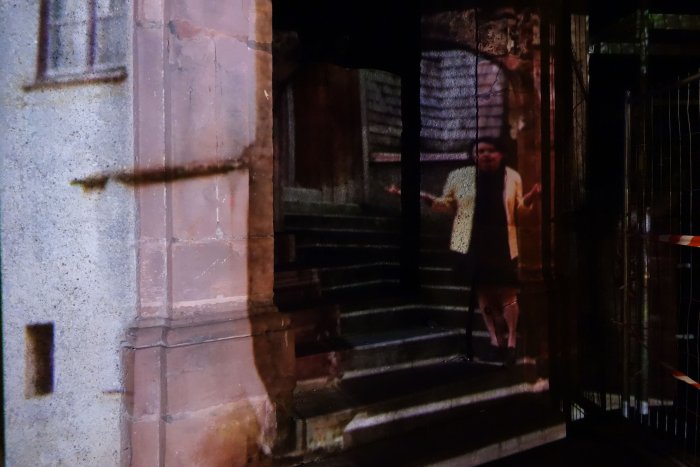 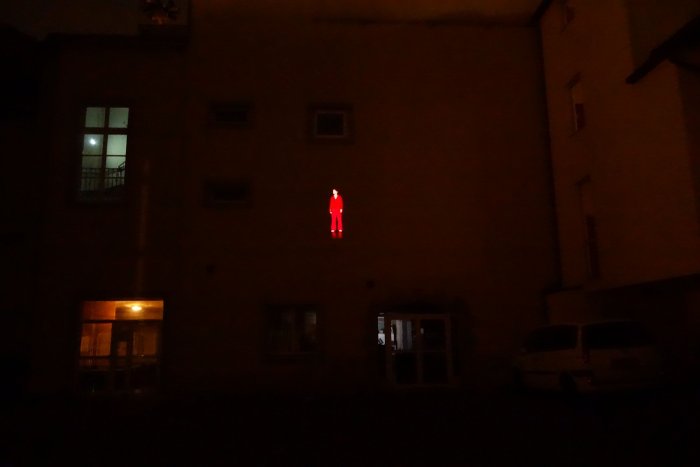 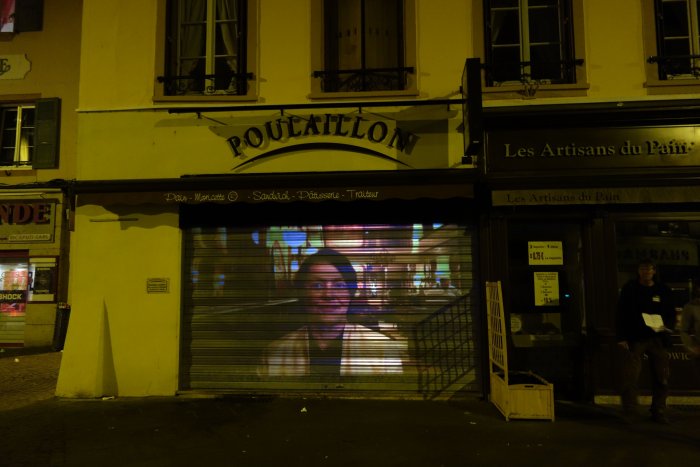 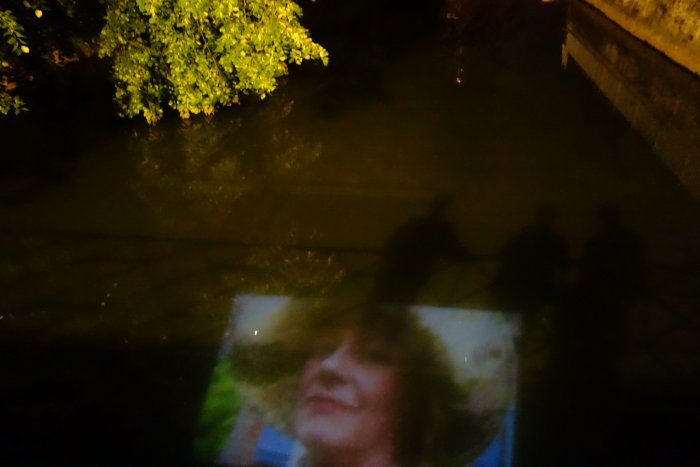 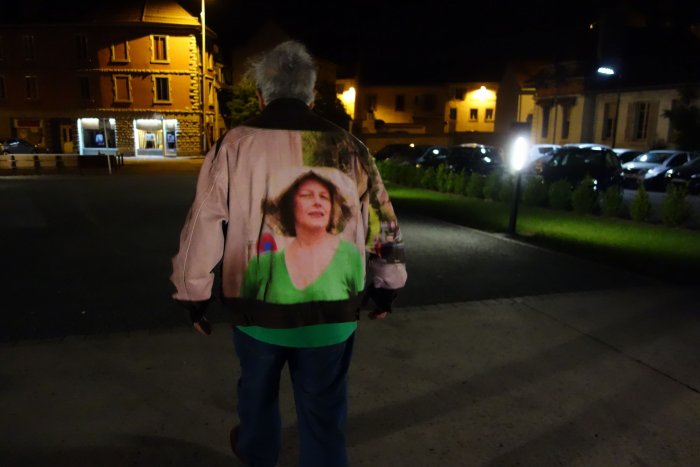 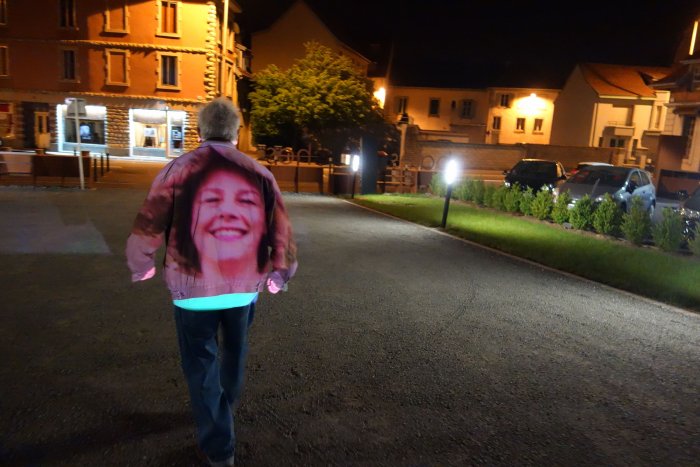