Workshop for the organization of an itinerant projection for young people from the Fontbarlettes neighbourhood in Valencia (House for All).

The project: cultural action and training

In partnership with the Festival Valence scénario, to propose to 3 young people from the neighbourhood accompanied by 3 animators a pedagogical accompaniment to organize an itinerant projection, so that the proposal can be appropriate and repeated in the future. This is a cultural action that also has a training objective, through practice.

Of course, things never go exactly as planned. The Maison Pour Tous had just reopened, there were very few registrants, and it was difficult for the adults to get involved.

On the advice of the large number of people we met (including a mother and her three children, who were very involved in the project), we prepared a programme of short films, adverts, clips (shot in the neighbourhood), Algerian, Moroccan and Comorian adverts, an amateur film telling the history of the neighbourhood, extracts from cult films, etc. The programme was then presented to the public. These films were placed in the portable pico-projector. The projection is done by hand, embodying the sharing of images.

The final objective of this workshop was to organize a public screening on the last evening. But that evening the rain fell very heavily. The day before, during the general rehearsal, which was a real moment of diffusion of the films outside, going to meet the groups of people installed to share films or extracts, it was decided that the projection of the next day would be improvised too, depending on the meetings, of the spectators. It was not possible to go outside because of the rain, but about fifteen young people came, and the projection was improvised inside the Maison Pour Tous.

Report of the action

The action did not proceed as planned, but fully met its objectives: 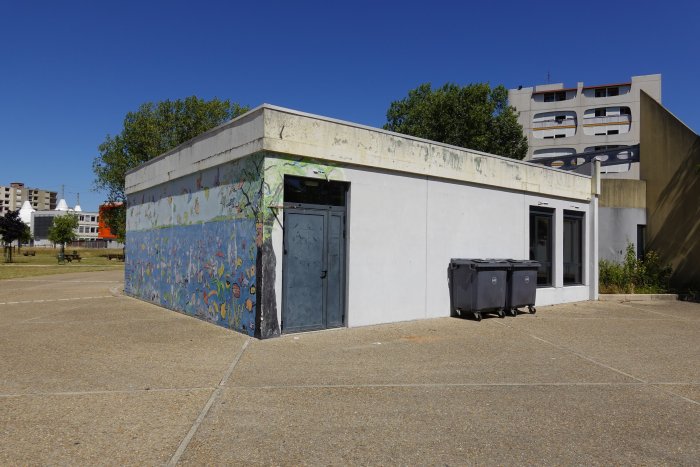 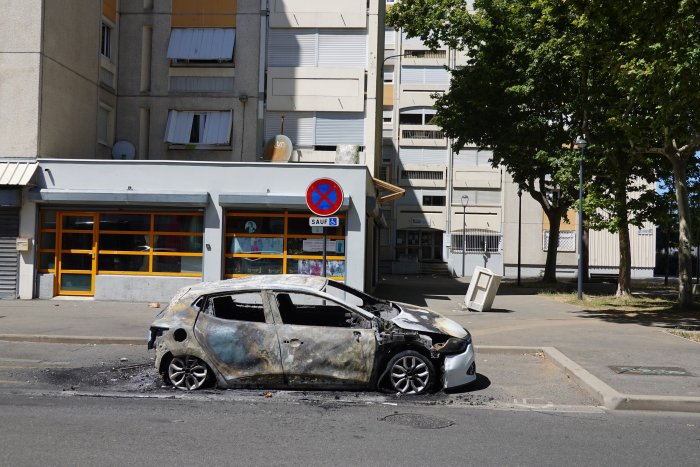 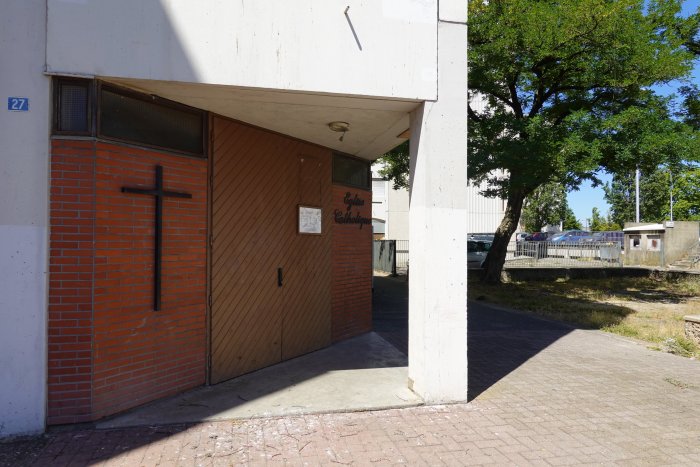 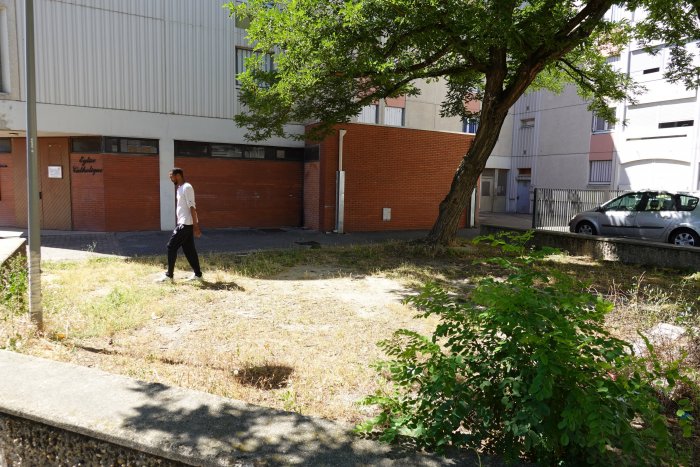 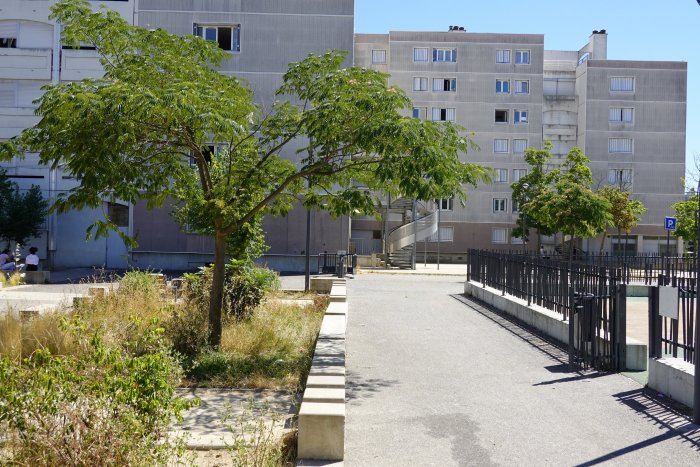 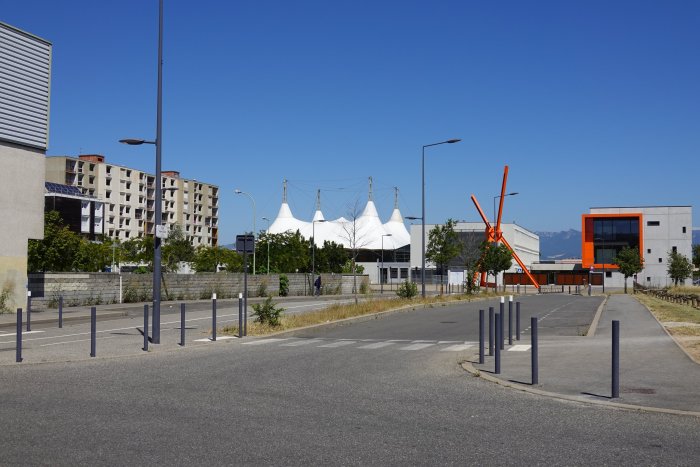 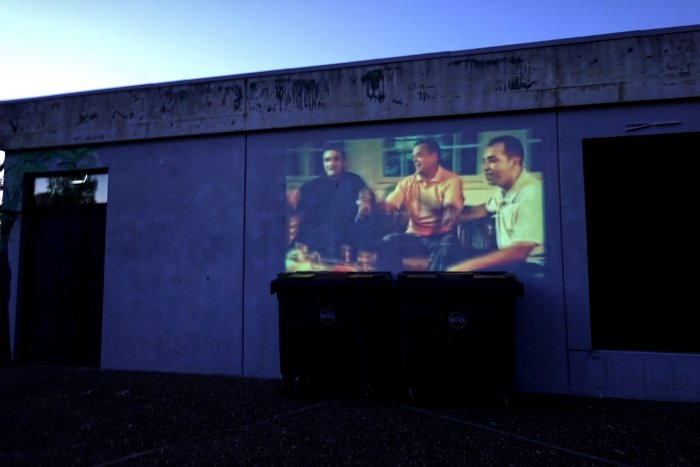 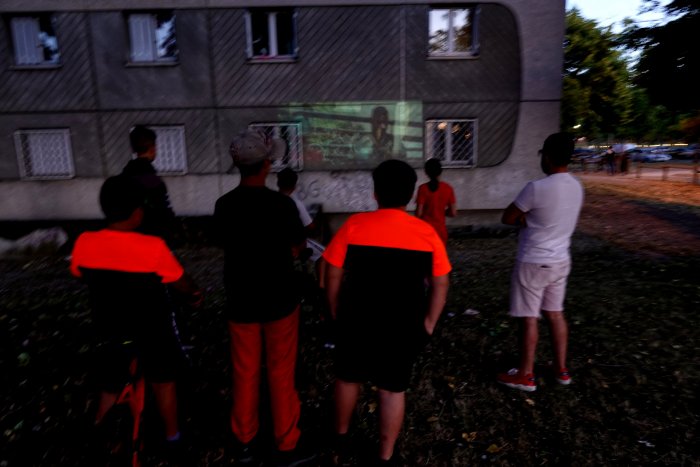 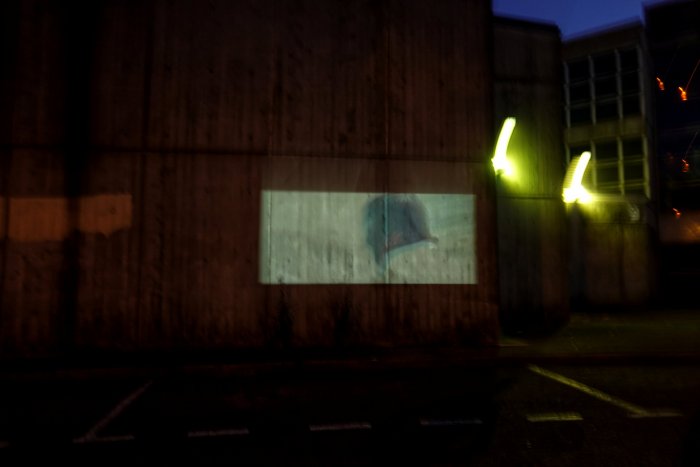 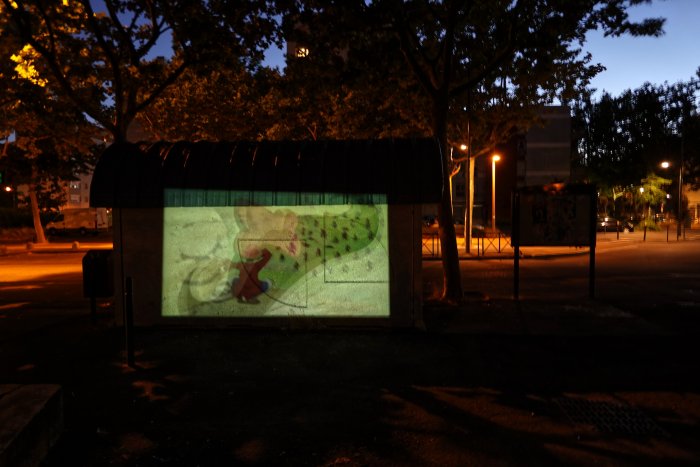 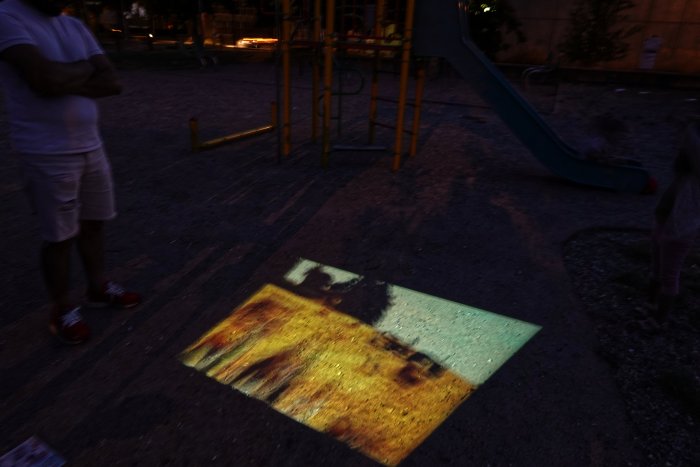 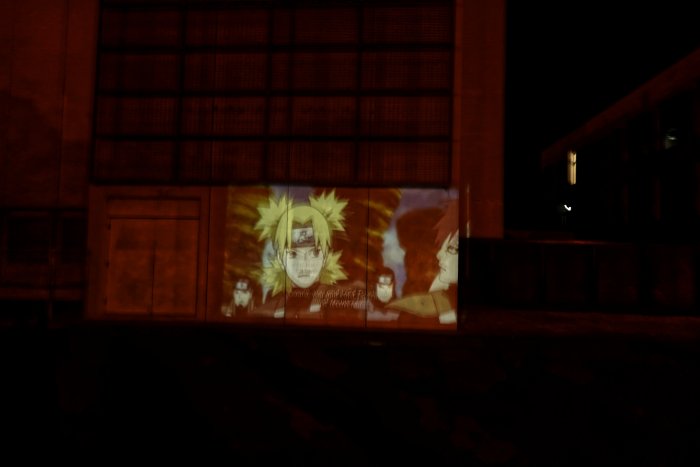 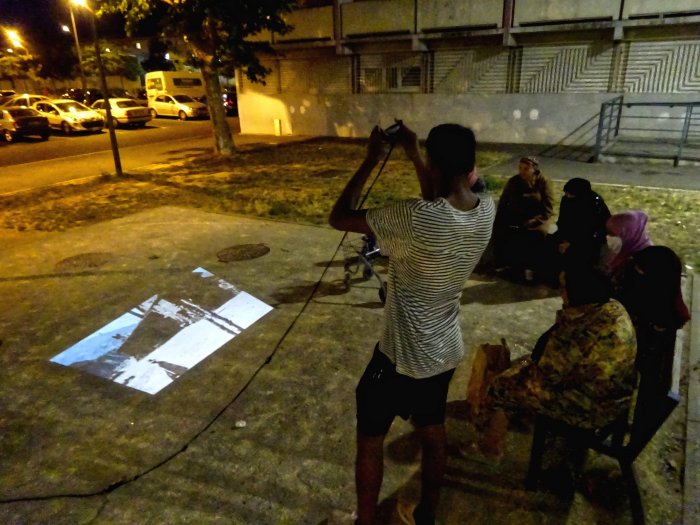 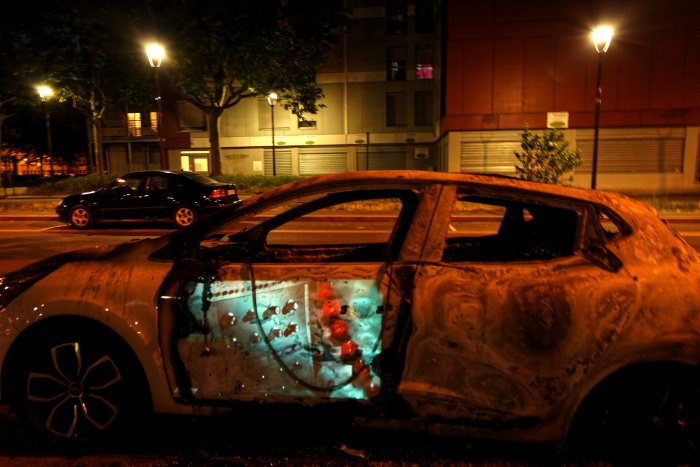 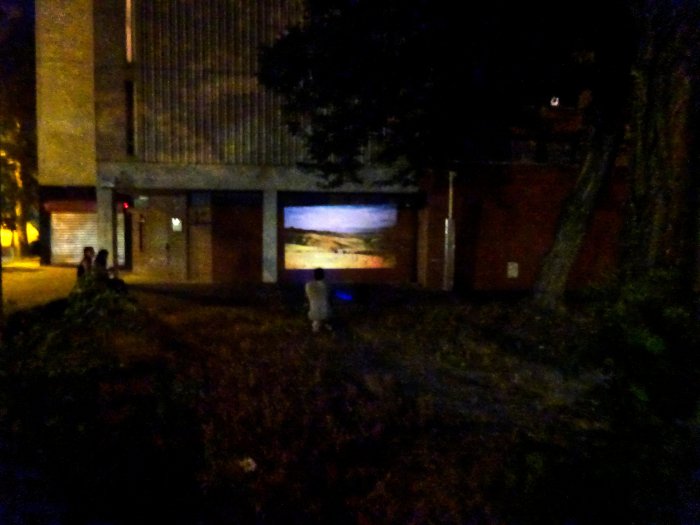 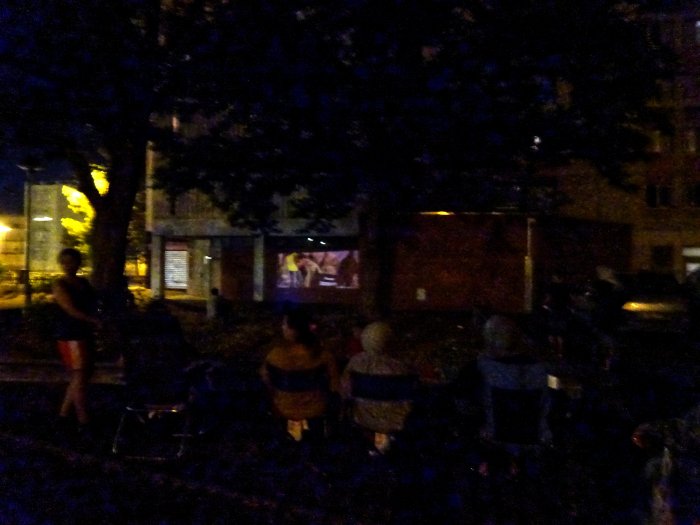 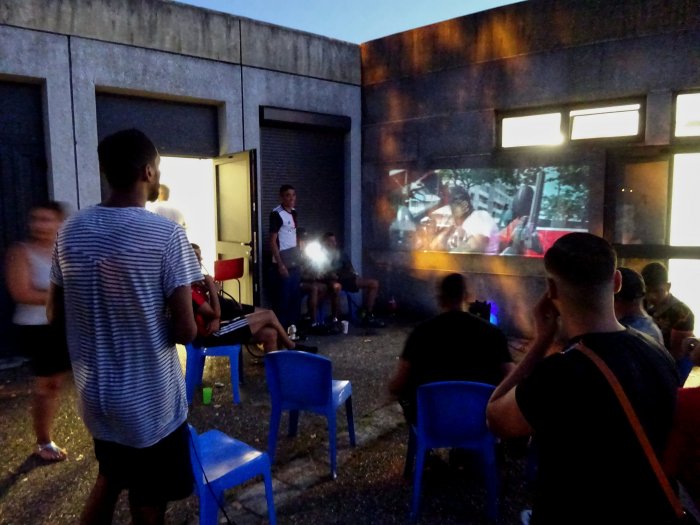 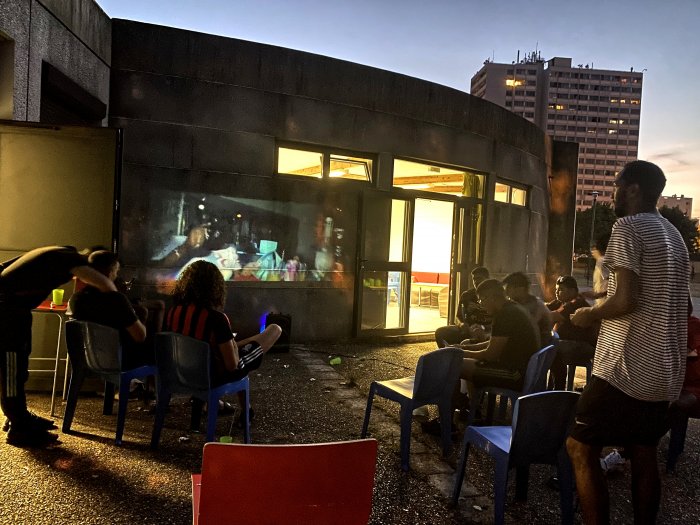 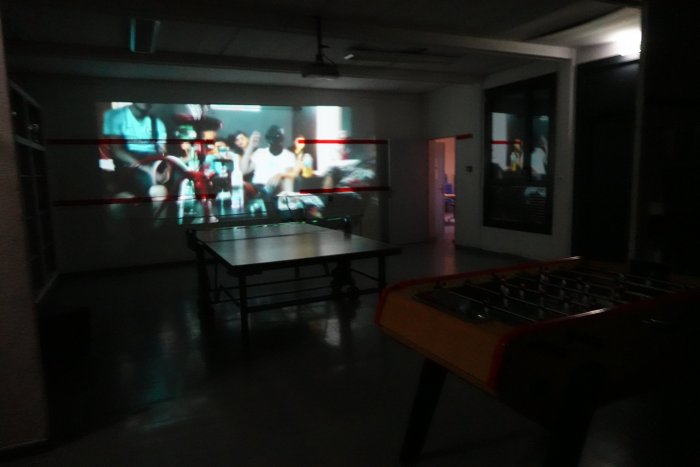 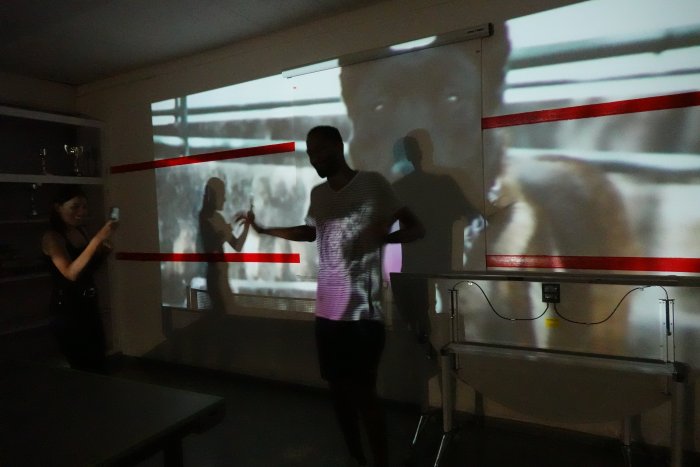