The heritage of Jacques Tati in digital

The films of my uncle, founded in 2000 by Jérôme Deschamps and Macha Makeïeff to restore and distribute the films of Jacques Tati, now broadcasts the films in digital format (DCP). This format, lasting and of excellent quality, is reserved for the proper compliance with technical standards, movie theaters, the only places equipped systems specific projection. This very expensive equipment is intended only for the cinema exhibition business.

Solutions for broadcasts in non-theatrical

But other rooms, versatile, libraries, municipal... out of academic marketing network, so they are not equipped with this system, should be able, however, to propose projections at a high level of quality. Often, the DVD was used for these places. The problem is that the DVD has a low image resolution (720x576 pixels, digital cinema with at least 2048x1080 pixels), so, in fact, on the big screen, the picture quality is not optimal.

In recent years, the Blu-ray (evoution of the DVD, released in 2006, the definition of 1920x1080 pixels image achieved - very close to digital cinema) is increasingly used for this type of projection (and sometimes even in cinemas, when the DCP is missing). Rendering in terms of image quality is very satisfying (even if not at the DCP standard requirement).

But the problem is that, most often, while the viewers see on the screen, as in his living room, the inscriptions “Sony” or “Pioneer” on the screen, then “Insert Disk”, etc ... that breaking, in my opinion, the magic of projection. For a projection or magic, we need between the screen is black and the curtain opens and the projection starts! What if you’re not in a movie theater “official”?

Technical device for improving the quality of projection

The technical proposal is that I developed a Blu-ray structure which is specifically designed for projection. We implemented in 2014, with films Mon Oncle, for those movies:

The Blu-ray disc begins with a menu in several languages​​, with specific indications for projectionists. After selecting the language version of the film, the Blu-ray displays a black screen perfectly, the reader is on the way, which can be paused long. When viewers enter the projection is actually already underway, but only projects black, and when the projector is turned off, the projectionist has to press the Enter button on the player, so when the film starts, without there has been no indication to the screen visible to the viewers.

So we built with these Blu-ray discs of tools to make projections of quality, even in places that are not “officially” cinema. We are also the largest technical requirements to the quality of video encoding and adjusting sound levels.

I think, in any place, if we put a real attention to projection device (and our role is to support this requirement), it is possible to have a very honorable projection.

Of course, the question of the audio system is also an essential issue.

If you must do this kind of projection, remember, in the setup menus of Blu-ray player, disable all displays on the screen (which is called OSD - On Screen Display), for example a play icon that appears in the corner of the screen at the start of the movies. 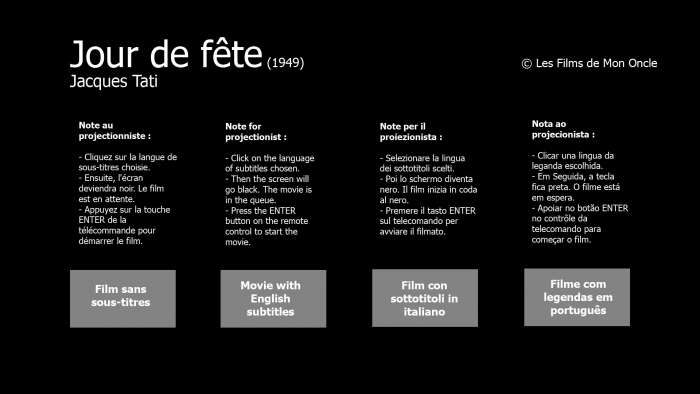 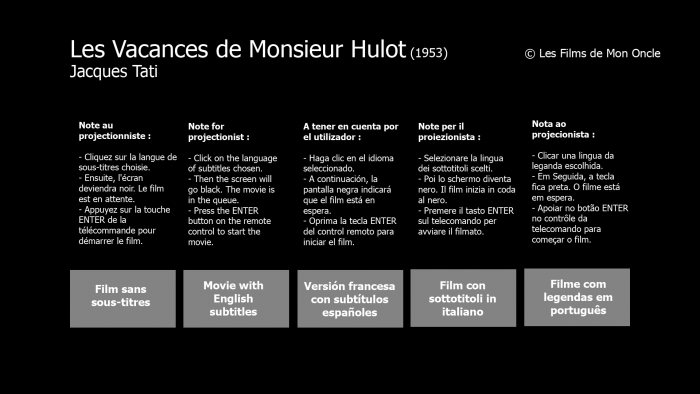 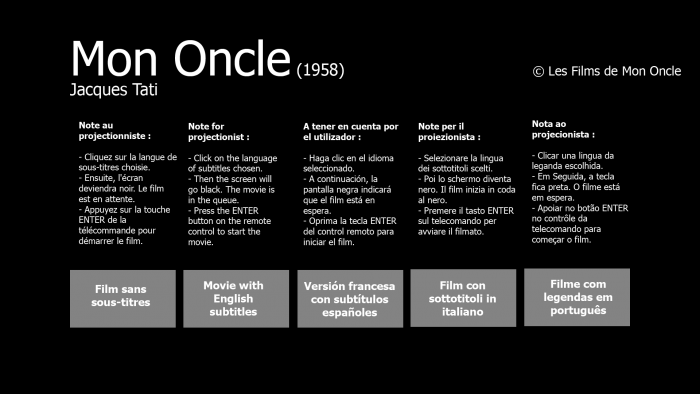 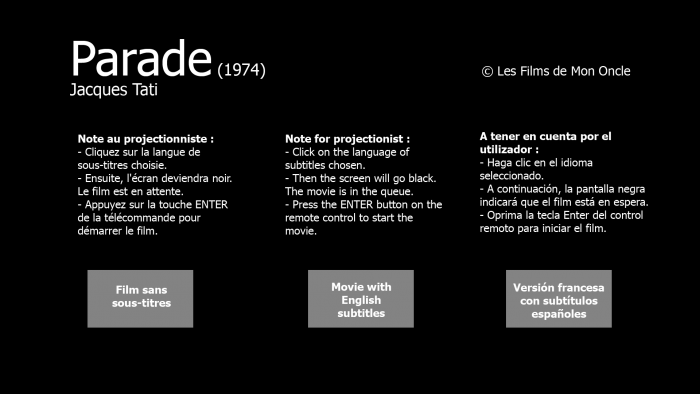 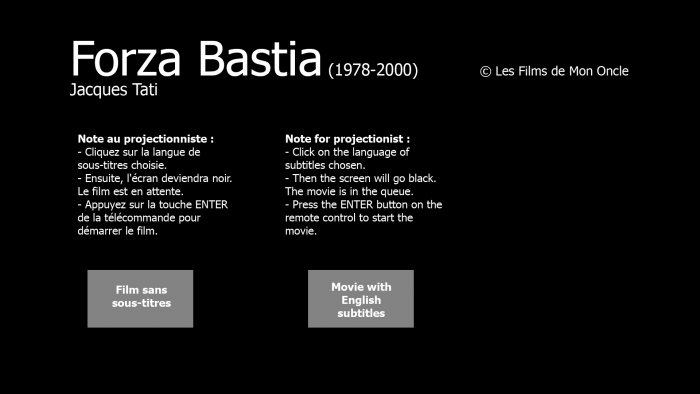 I put out and I accompany the digital cinema workflows for producers, distributors, cinema and art schools : choice of cameras, post-production devices, broadcast quality... For example, I regularly manufacture DCPs.