Public synthetic presentation of the “Pocket Films Empathy” approach (Serge Tisseron and Benoît Labourdette), by involving the spectators, so that they live the subject from the inside.

On the occasion of the donation of his archives to the Bibliothèque nationale de France, a day was organised in honour of Serge Tisseron on 30 November 2019: “A look at Serge Tisseron, from tintology to robotics”. Numerous speakers exchanged and debated with him on the multiple subjects explored in his work. It is in this context that I presented our joint project “Pocket Films Empathy”.

Serge Tisseron has worked a lot on the fact that human symbolization (how each one builds his representation of the world) is not only through words but also through drawing and the body. I was struck that the speeches, during the day, only explore the subject through words. The proposed experiment (speakers addressing seated people) did not put into practice this idea of symbolization through the body.

After a long and exciting day of listening to the conferences, I therefore proposed, in 7 minutes, two participative moments with photography, for the 200 people present, so that the subject could also be considered through a lived experience. Thus, I started and ended my presentation about the use of audiovisual creation to foster empathy, with two participative moments that engaged the spectators’ bodies:

Programme for the day: A look at Serge Tisseron from tintology to robotics

The co-construction and coordination of this day were led by Pascale Issartel (Director of the Audiovisual Department of the BnF) and her teams. 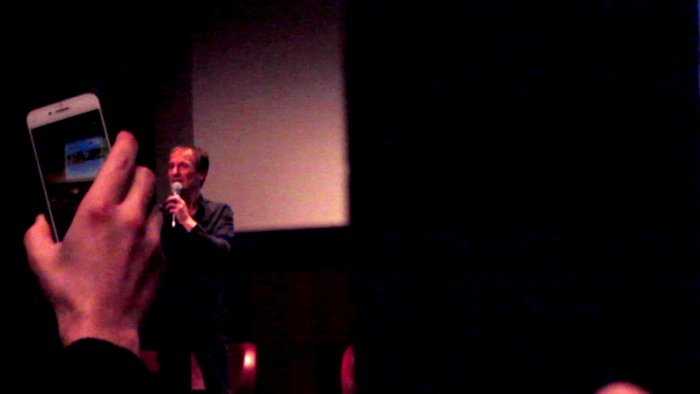 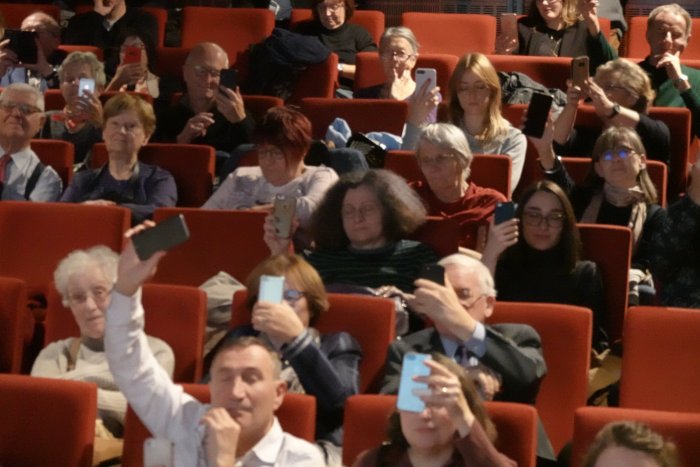 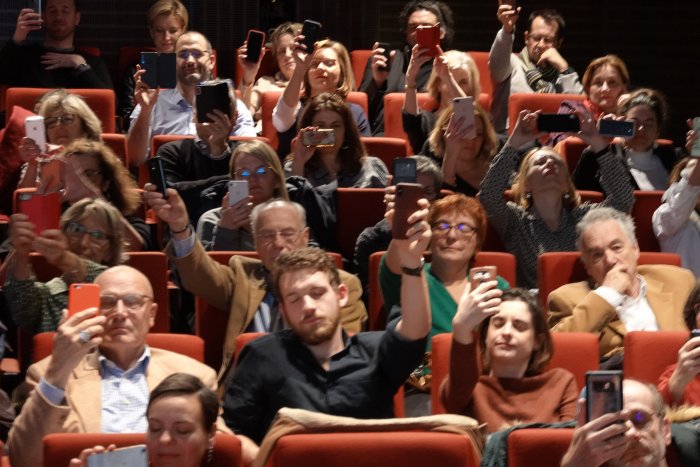 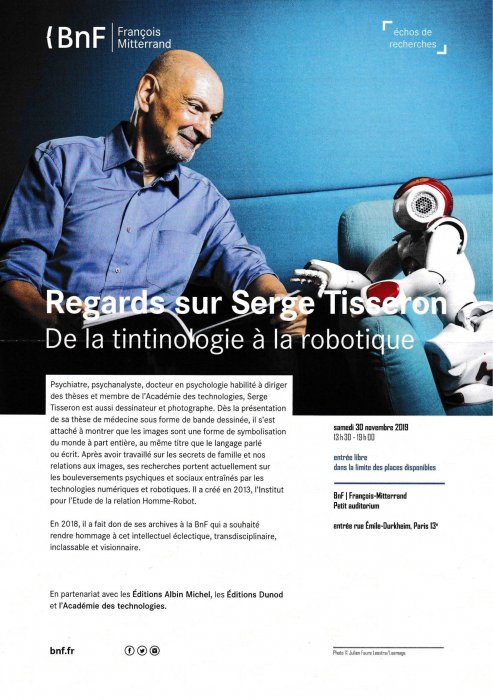 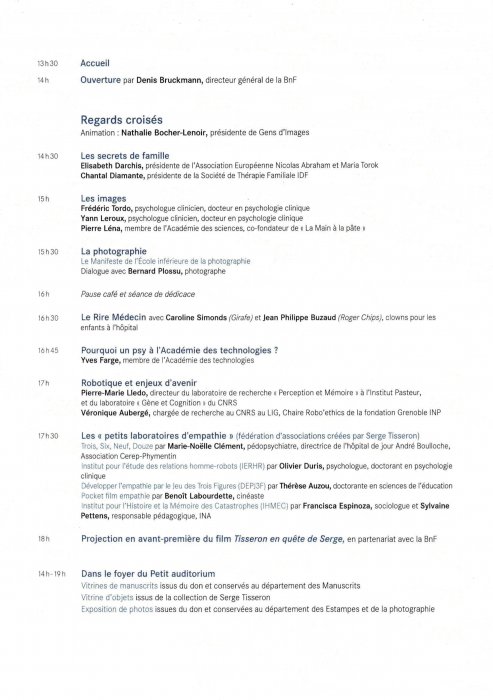 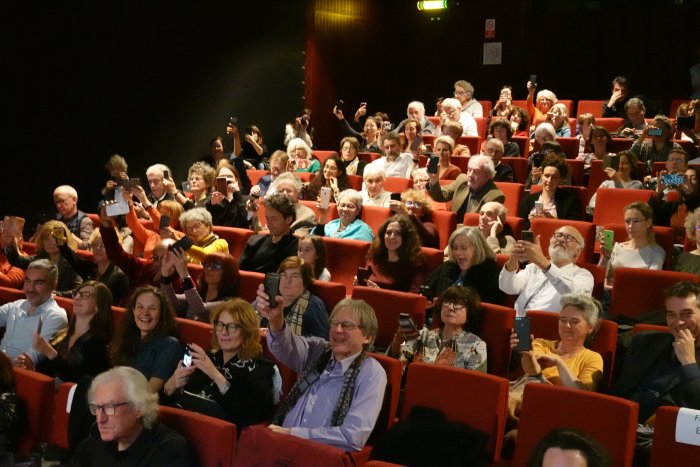 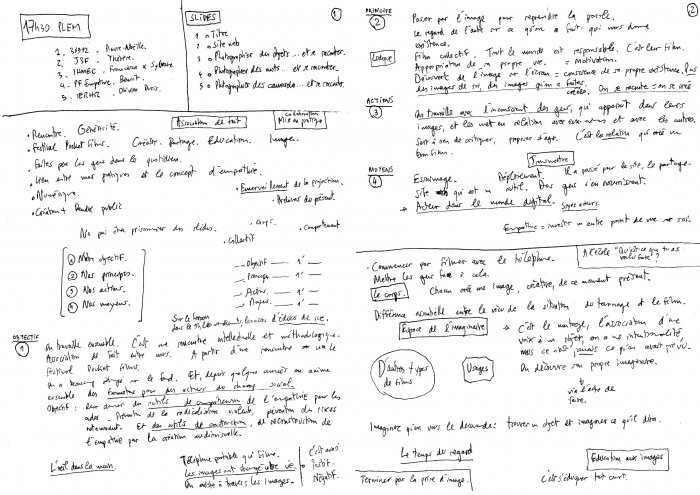 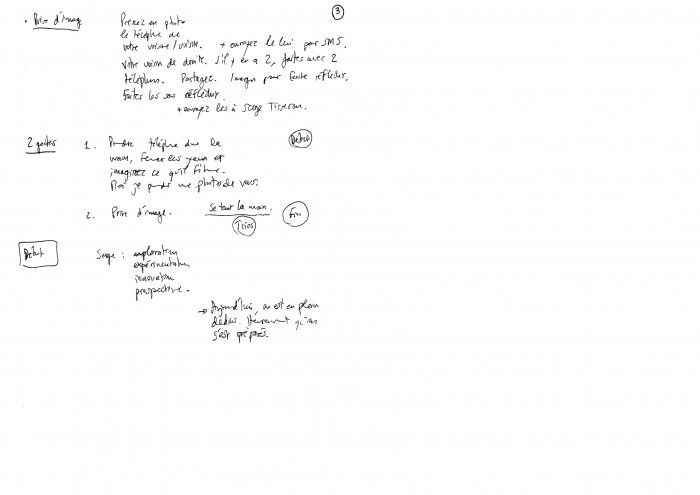