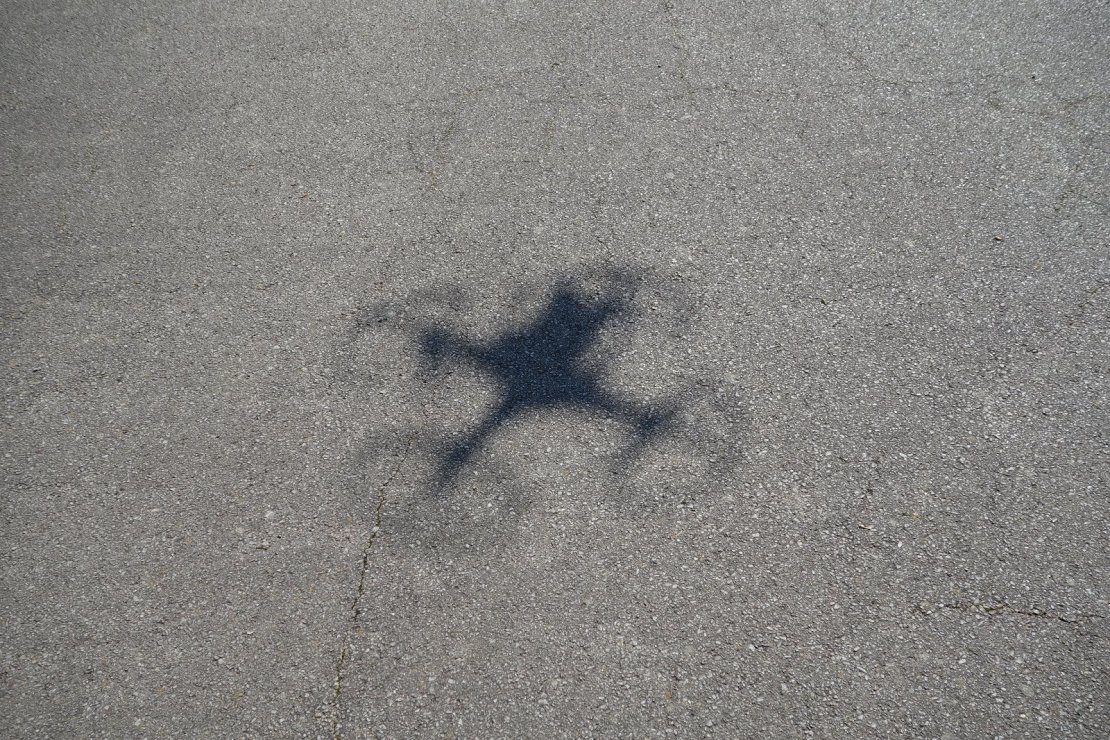 Filming with a drone singularly change the view of the world, and perhaps the film writing, in political and sensitive aspects.

As part of the study day “Framing/deframing Editing/Disediting - The aesthetic challenges of connected audiovisual forms”, April 16, 2014 at the Paul Valéry University (Montpellier 3 - France), I proposed an intervention entitled “the drone-camera, deportation of the gaze”.

The images of the real world

When an image is produced by means of a camera, the camera is almost always linked to the body. Whether scope, placed on a tripod, a crane... the mechanical recording tool of animated picture has a link, more or less directly, to the body of the operator. Body, ie the eye. There has thus inherently, generally, a relation of close proximity between the eye of the filmmaker and the film image, a sort of translation from one to the other.

The images of virtual worlds

By cons, in three-dimensional virtual worlds (video games, virtual worlds...), a character (avatar) is the spectator-actor, but the camera, which gives us the view, can be quite disconnected from the viewer’s view : it can be seen from behind, in front, from above, from below...

The drone camera, digital object, driven by the mediation of a computer program, placing itself where it wants, where you want in space, allows the operator to produce an image of the real world of same manner than we produce an image of a virtual world. Thus, the drone allows us to focus on the real world the kind of look that you could before have only on virtual worlds.

The picture is no longer made with the body of the one who is filming. The drone leads to a deportation of the gaze on reality. Thrilling experience if any for the operator. As if the body, so present behind the camera filming the real world, no longer, or rather had changed in nature : the supporting body of the camera has become an abstract entity, even in the real world. Experiment leads to a thinking on writing and editing, to change perspectives, can be quite significant.

The look of the drone, looking from above, is carried by the armies (UAV surveillance tool before becoming death tool) and Google (Google earth). The principle of military drone is to fly in areas where they do not have the right to : monitor “enemy territories”. The principle of Google, looking at us from above, ask no one for authorization, acts as “without authority of law to the image”.

By cons, in France (laws of 2012), if you buy a drone, you have the right to control if it is visible to your eyes, but if it has a camera and especially if you fly in immersion, ie without seeing the drone, seeing through its camera, then it is strictly forbidden.

So make the choice to look down is a political act. Experience it is symbolically strong.

The movement of the world

After the experience of piloting in multiple locations with drone in the Agnès de Cayeux’s project A young woman seen from the sky, I ’ve realized that in many cases, the drone seemed to move alone, went up, down, drifting... impossible to perfectly control the movement. It was not an area of ​​absolute mastery of perspective on the real world, as I could conceptualize at first.

In fact, the drone was carried by the wind, warm air... in short, the elements that are invisible to us. It is run organic movements, which give the image a lot of sensitive.

The camera and film projector (with photochemical film) were not technically perfect, the film driven by a machine could have problems fixity, specks, etc.. The fact that the machine can be completely hidden and bringing the viewer into the experience of the sensible ; awareness of the device was felt the reality of the trace of a pre-existing reality. A rough and touching reality. Digital technologies, the pixel is absolutely fixed, the machine wants as transparent as possible (it is not always, cf mobile phones). Images can be quite cold. With drones, because the machine shooting can not be completely fixed, because we feel the “swish” of the world, light constant movement, the technical device not mask more, and gives a lot of sensitive to images produced.

Thus, the drone interests me to rethink the shooting scenes at normal height, bringing new relational terms between the camera and the actors, the director, the background... in brief, the audiovisual writing itself.

Program of the day 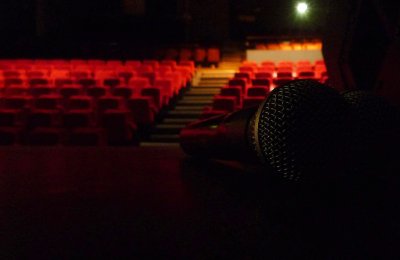