“The Long Tail”: Cultural Diversity in the Digital Age 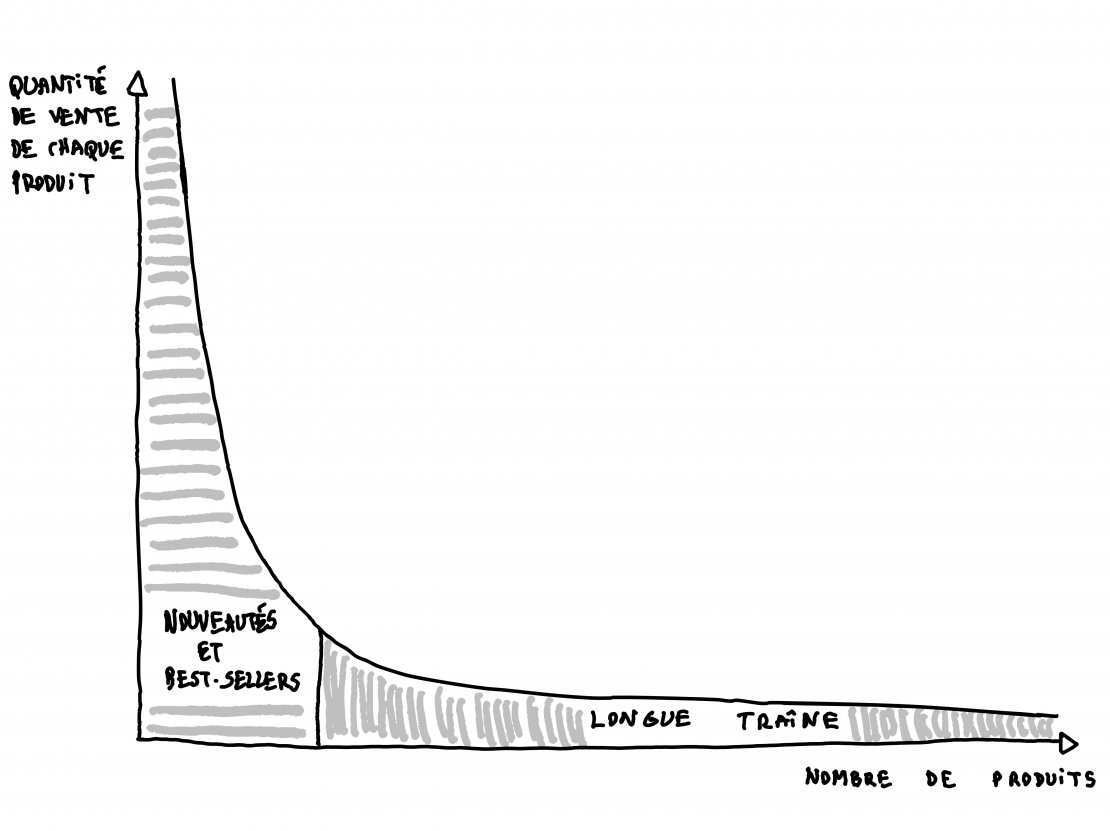 Tool for the design of cultural projects.
12 September 2021. Published by Benoît Labourdette.
5 min
|  Download in PDF

The “long tail” is one of the essential concepts of the Internet economy. Contrary to popular belief, on the Internet it is the great diversity of a myriad of confidential works that produces an essential part of the revenues, and this over the very long term. What are the keys to this concept and what inspirations can we find for cultural projects and policies?

In 2004, Chris Anderson, then editor-in-chief of the magazine Wired, proposed in an article the concept of “Long Tail”, applied to the Internet economy. In 2006, he published a book about it, “The Long Tail”, which quickly became a reference for market creation on the Internet.

To illustrate his idea in an easy way, he compares, in a simplified way, the functioning of a physical bookshop and an online bookshop. To simplify things further, let’s compare in 1996, at the very beginning of the Web, the book sales activity of Fnac, which did not yet have an Internet site, and Amazon, a new exclusively online bookstore, which had just opened.

At Fnac, as in all physical bookstores, the operation of the turnover (i.e. the total income) obeys the 80/20 rule:

This is quite normal. Let’s take an example: a book of poetry, of which 3 copies were sold in one year at the Fnac Montparnasse in Paris. At the end of the year, when new books have to be received (67,000 new books per year), the shelves are not expandable, so space has to be made for the new poetry books to meet their potential buyers. Thus, the beautiful poetry book that has sold only 3 copies will have to make room for another one. There is no ill will on the part of the bookstore, it is just that shelf space is limited. Then, of course, you can order the book... But you had to know that it existed, and how could you, since it was no longer on the shelves? (I remind you that this example was taken in 1996, before the Fnac had an Internet site)

Let’s go to the same book sold on Amazon, also in 1996: Amazon was then only a sales platform, without warehouses or shelves. You noticed it if you ever ordered a book there: often it is sent to you directly by the publisher, not by Amazon. Amazon had no shelves, so no stock limits. Thus, Amazon will never remove from search results and recommendations and links to other content the book of poetry that sells only 3 copies per year. On Amazon, the same book will have been sold for at least 10 years, i.e. 30 copies in total, whereas at Fnac, only 3 copies will have been sold in all.

On the web, the functioning of the turnover is therefore as follows:

The “Long Tail” is this economic difference, a major one, between store sales and online sales: Online, the vastness of the “little things” represents an essential part (50%) of the sales figure This changes everything, because all these “little” things, which in the past seemed much less important than the “big” things, are given their full value

Diversity and the long run

It is because of the long tail that many web companies cultivate diversity and long tail in their practices. This makes sense, as it is what produces half of their revenue! What is called “big data”, for example, is steeped in the long tail. Big data“allows for hyper-personalization, the hyperspecificity of proposals to”customers", which will gain in value over time. In the audiovisual field, for example, YouTube or Netflix work on their marketing as much to build current successes as to feed modest, but very large, audiences over the long term. These two temporalities and logics produce equivalent amounts of revenue.

This concept of enrichment, in the economic sense of the term, by the culture of diversity, if we tried to perceive its relevance for actions and projects that are not commercial, but cultural? This care for the diversity of expressions, in the long run, seems to me to be a real perspective for cultural democracy. This invites me to share some lines of thought and work, in a very synthetic way (each one would deserve to be deepened in details):

PS: The long tail has its detractors, who say that it is a hypocrisy of capitalism, that it “doesn’t work”, etc. The long tail will only “work” and produce its beneficial effects if we cultivate it, if we measure its importance and if we integrate this notion into our work. 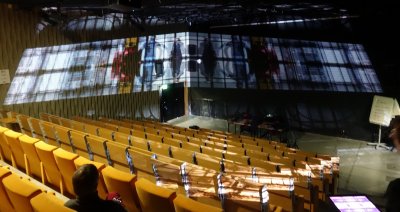 Cultural policy" is a tradition of the French state since the Middle Ages. It was initiated by Louis XIV in the 17th century as a tool of influence and power. And it was defined in its current terms by André Malraux in 1959, with the State’s mission being the democratization of art in society. But today the cultural policies are multiple, because carried by the public authorities at other levels than that of the State (cities, agglomerations, departments, regions) and in many other places, in particular associative (places and cultural actions), individual (the initiatives of the artists, (...)